Saturday, 9 Jun 2018, 20:00
Celebrating 333 years since the birth of Johann Sebastian Bach, the Director of Music at the St. Marien Kirche in Rendsburg (Volker Linhardt) invited Russell Gilmour, William Russell and Gareth Hoddinott (listed on the posters as ‘Trompetenensemble Russell Gilmour (London)') to perform with the Kantatenchor St. Marien Rendsburg and Members of the Kiel Philharmonic Orchestra in a concert entitled ‘Music and More’ on Saturday 9th June 2018 at 8pm.

The all-Bach programme began with the first two movements of the Orchestral Suite in D Major (No.3) [BWV 1068], and it included interspersed excerpts from the B Minor Mass (Osanna, Sanctus and Dona Nobis Pacem) as well as the opening chorus from Was Gott tut, das ist wohlgetan [BWV 99] in which I played the Cornetto part. The performance featured soloists: Milo Machover (flute), Anabel Röser (oboe), Volker Mühlberg (lead violinist - performing the Violin Concerto in E Major [BWV 1042]) and Russell Gilmour (trumpet), performing the Alleluja from the Cantata Jauchzet Gott in allen Landen [BWV 51] with soprano Miriam Meyer. 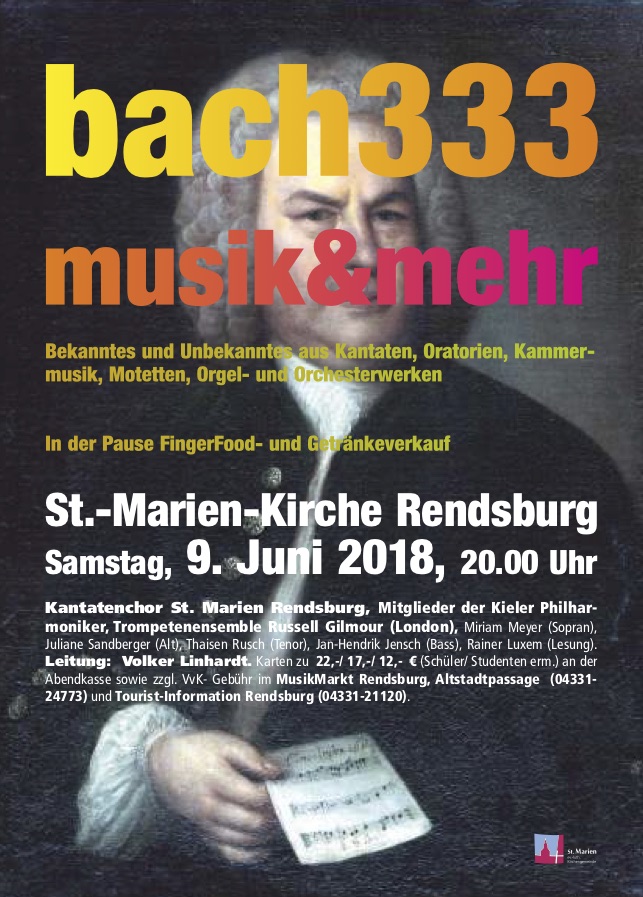 The performance featured organ music played by Volker Linhardt. Interestingly, in the second half he played Bach’s D Minor Toccata on the St. Marien Kirche organ, which was followed by a reading and then a performance of a piece entitled Ataccot - a retrograde version of the very same Toccata, by Enjott Schneider (b.1950). Described on Schott Music’s website as: “A musical, fun piece with an astonishing outcome: Even played backwards, Bach's famous Toccata in D minor is a decent, indeed brilliant piece which is nice to listen to.” 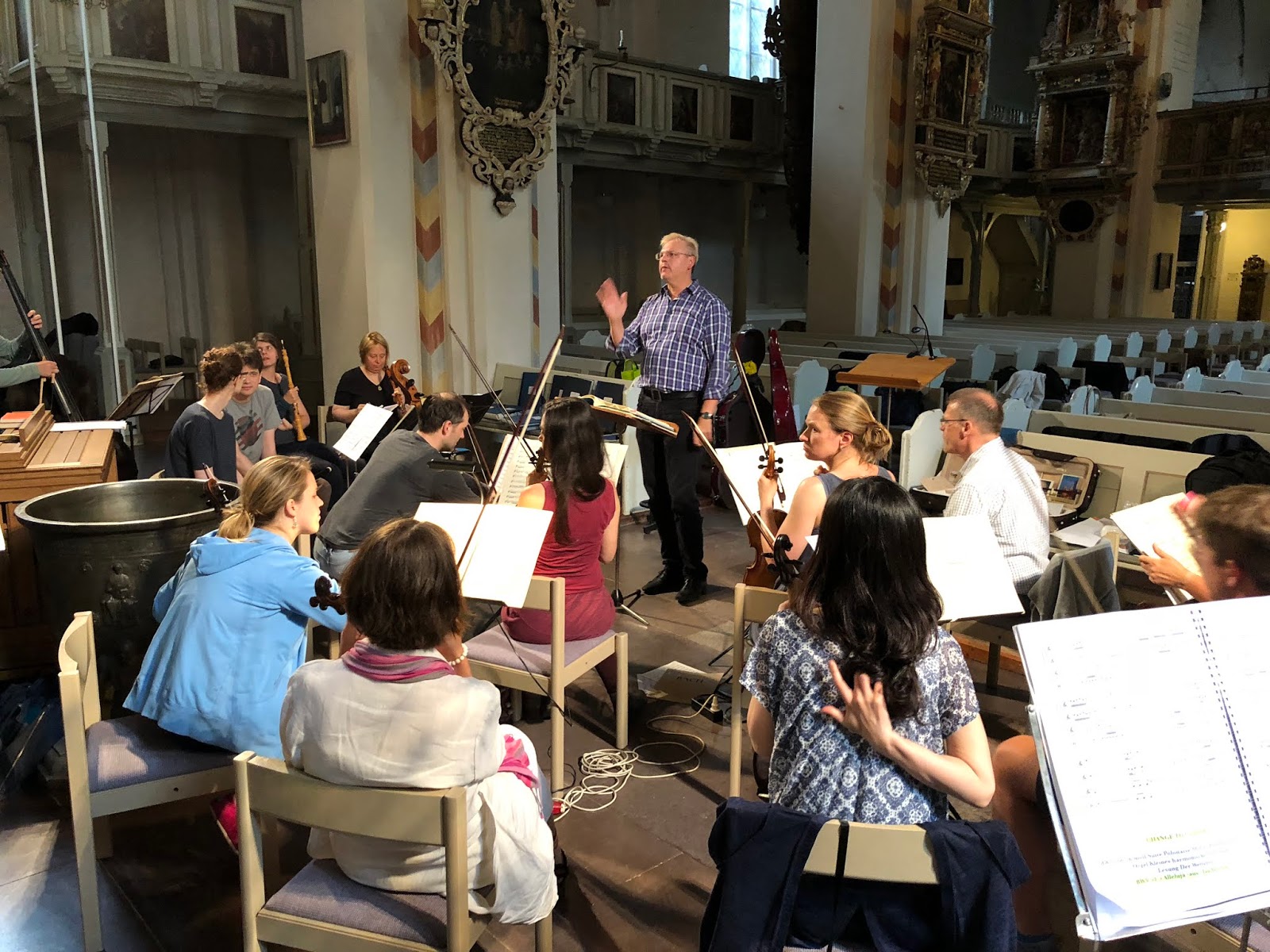 We found Rendsburg and the region, Schleswig-Holstein, to be very welcoming and beautiful. Rendsburg is a town with a fascinating history under alternating Danish (Rendsborg) and German control. It is situated on the river Eider and is proximal to the Kiel canal, which connects the Baltic Sea with the North Sea at the Elbe estuary. It is also, interestingly, twinned with Lancaster in the United Kingdom. Everybody we met in Rendsburg was exceptionally friendly and generous with their time, and to us. 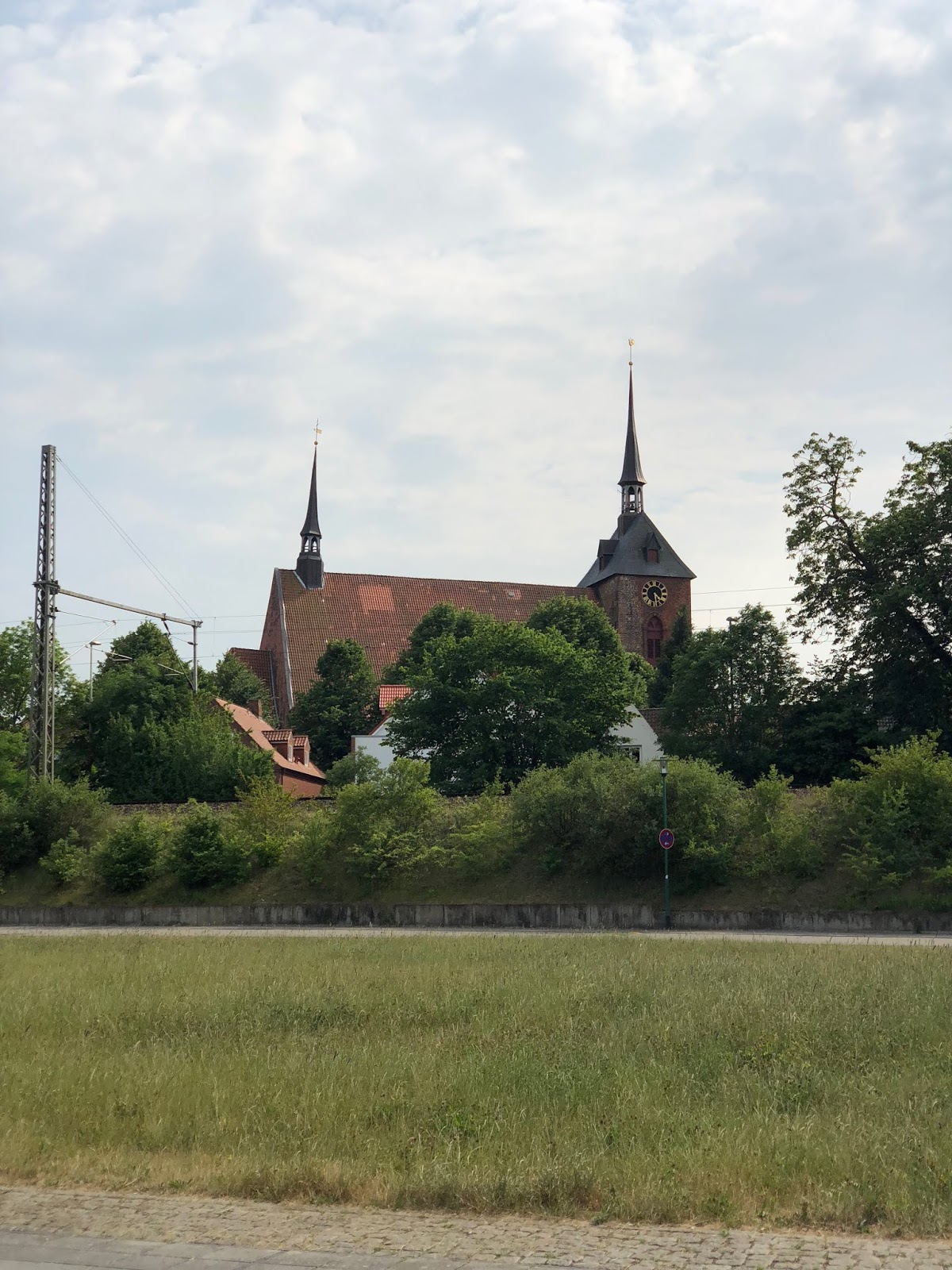 I was amazed to meet a man from Rendsburg who had worked and lived on the Isle of Man, the ‘land of my birth’. After rehearing on Friday, we had most of the morning and afternoon off on Saturday giving us time to explore a town of Eckernförde on the Baltic coast. It had a beautifully sandy beach and there was a hive of activity at the popular flea market held on the quayside. We explored this town with our timpanist on this occasion, Frithjof Koch - an old friend whom I had first met during an extensive tour of the Weihnachtsoratorium [BWV 248] back in 2010. He is a wonderful friend and colleague. Thank you to Volker Linhardt for organising and inviting us to the performance and to all who gave us such a warm and friendly welcome!

The obligatory Trumpet & Timpani Section Sausage... when in Germany (in Eckernförde).
A post shared by Russell Gilmour (@trumpetruss) on Jun 12, 2018 at 5:56am PDT