The 7:30pm concert in Winchester Cathedral was attended by a substantial and ethereally back-lit audience. As the concert began the sun was beginning to set, diffracting multi-coloured light through the enormous West-facing, stained glass window. The orchestra and choir looked wonderful in this attractive light.
The programme began with an instrumental piece, 'Hypocondrie' by Zelenka. This beautiful piece showcased the fantastic oboe section, of Joel Raymond and Oonagh Lee. Their interjections were reciprocated by a well-balanced string section, led by Jorge Jiminez. The interplay between the two treble instrumental lines made the piece all-the-more interesting and set the scene for a programme of interactive and sometimes eclectic combinations of instruments. 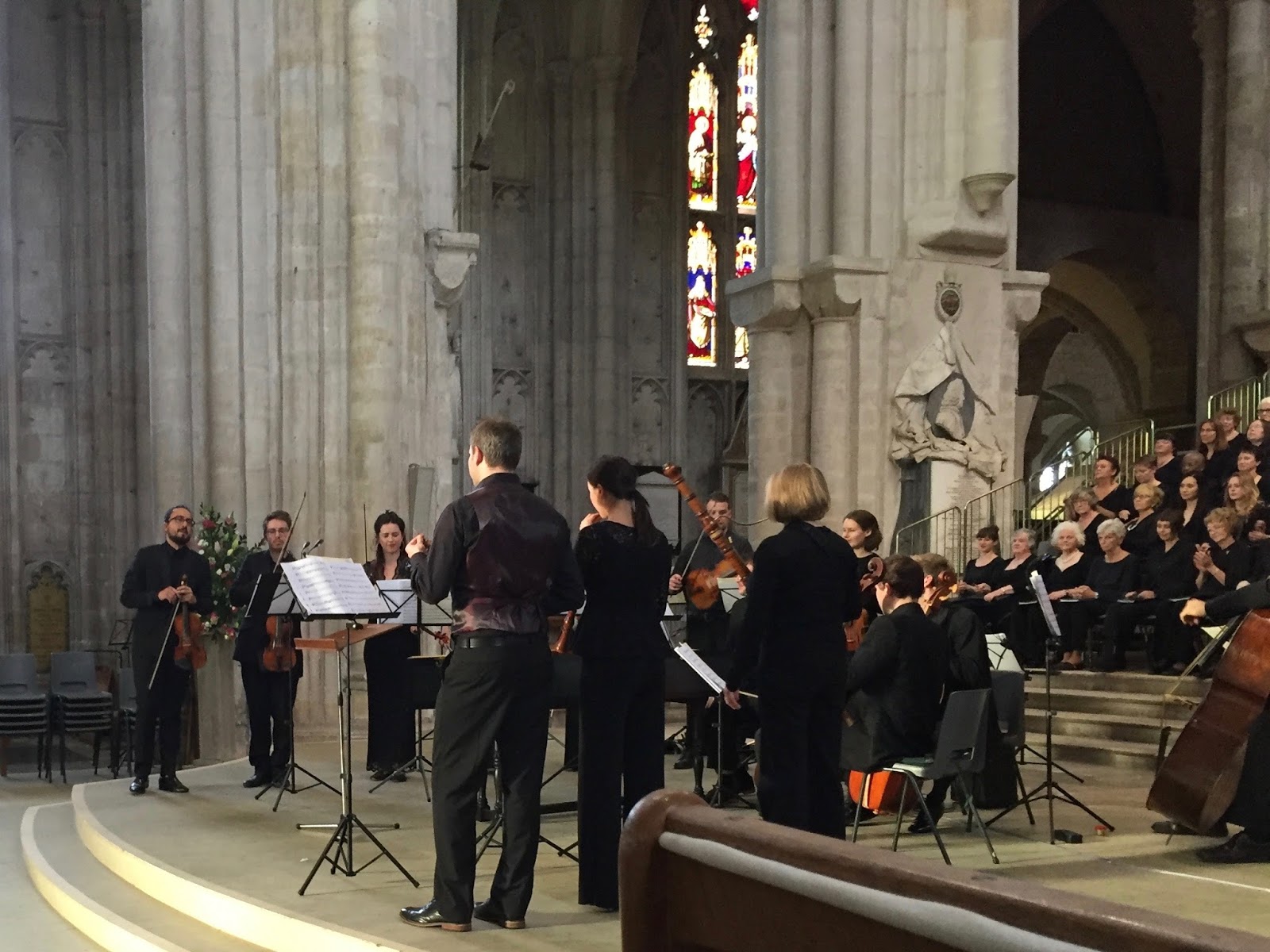 The second piece in the programme used the full forces of the orchestra and choir in Bach's 'Magnificat' (in D) BWV 243 which was conducted by David Gibson. Ars Eloquentiae accompanied the Southampton Philharmonic Choir in the choruses and provided a vibrant and sympathetic instrumental texture during the solo movements. The acoustic of Winchester Cathedral felt quite strange during the hustle and bustle of the rehearsal but the reverent silence throughout the performance highlighted the grandeur of this acoustic space. 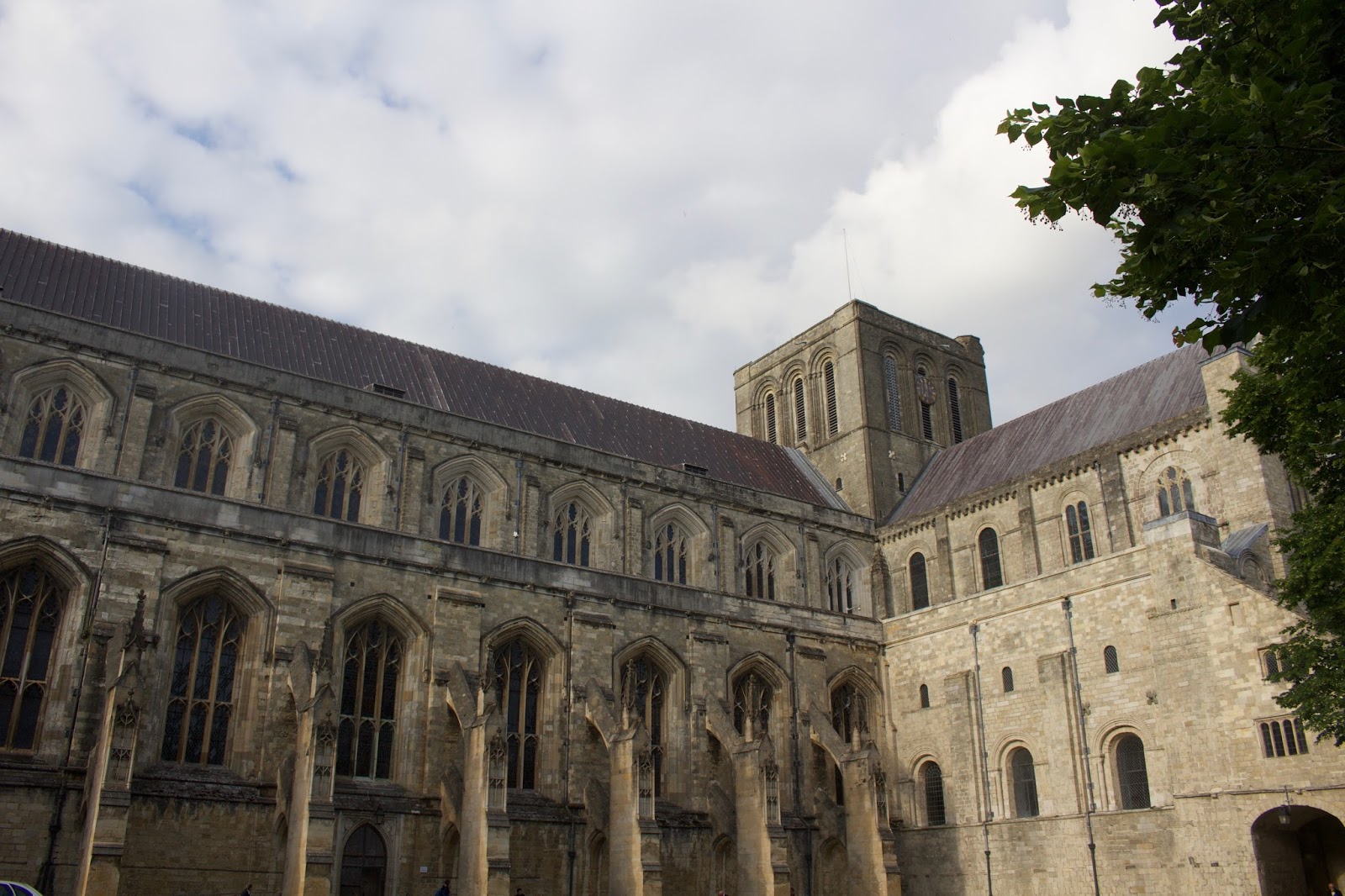 As the last note of the Magnificat finished reverberating, we accepted the applause for a moment before moving swiftly into different positions for the 'Brandenburg Concerto No.2' in F Major BWV 1047. I stood on the right, with the oboist, Joel Raymond on the inside right. Opposite me was the recorder player László Rozsa, and next to him, on the inside, was violinist Jorge Jiminez. The ripienists stood around the back behind László and Jorge. The bass continuo instruments were to Joel's right and the harpsichord was between Jorge and Joel. This is my favourite set-up for this piece. The soloists all did a great job and Chad Kelly gave us all a great deal of energy from his enthusiastic and supportive harpsichord playing.

It is quite a tall order for any trumpeter to play 'the Brandenburg' immediately after playing first trumpet in the Magnificat, but it felt absolutely fine - and it helped to avoid any of the awkward loitering that I normally experience before going on stage to play a Brandenburg 2. The performance was very exciting and it was a real joy to play this piece in what felt like surround sound - when all different instruments are all around you it is a remarkable experience.

After the interval, David Gibson returned to the stage to direct the final piece Handel’s ‘Dixit Dominus’ - requiring a smaller orchestra than the Magnificat, so many of us had been given the opportunity to leave during the interval.

It was highly successful concert and those of us who had not been to Winchester before were suitably impressed with this historic city and the cathedral itself.