Saturday, 15 Apr 2017, 20:00
I performed with the Oxford Bach Soloists on the cornetto and natural trumpet. The group performed two contrasting works by Johann Sebastian Bach: ‘Christ Lag in Todes Banden’ (BWV 4) and the Easter Oratorio (BWV 249). The performance was conducted by Tom Hammond-Davies and took place at New College, Oxford on Easter Saturday: 15th April 2017. 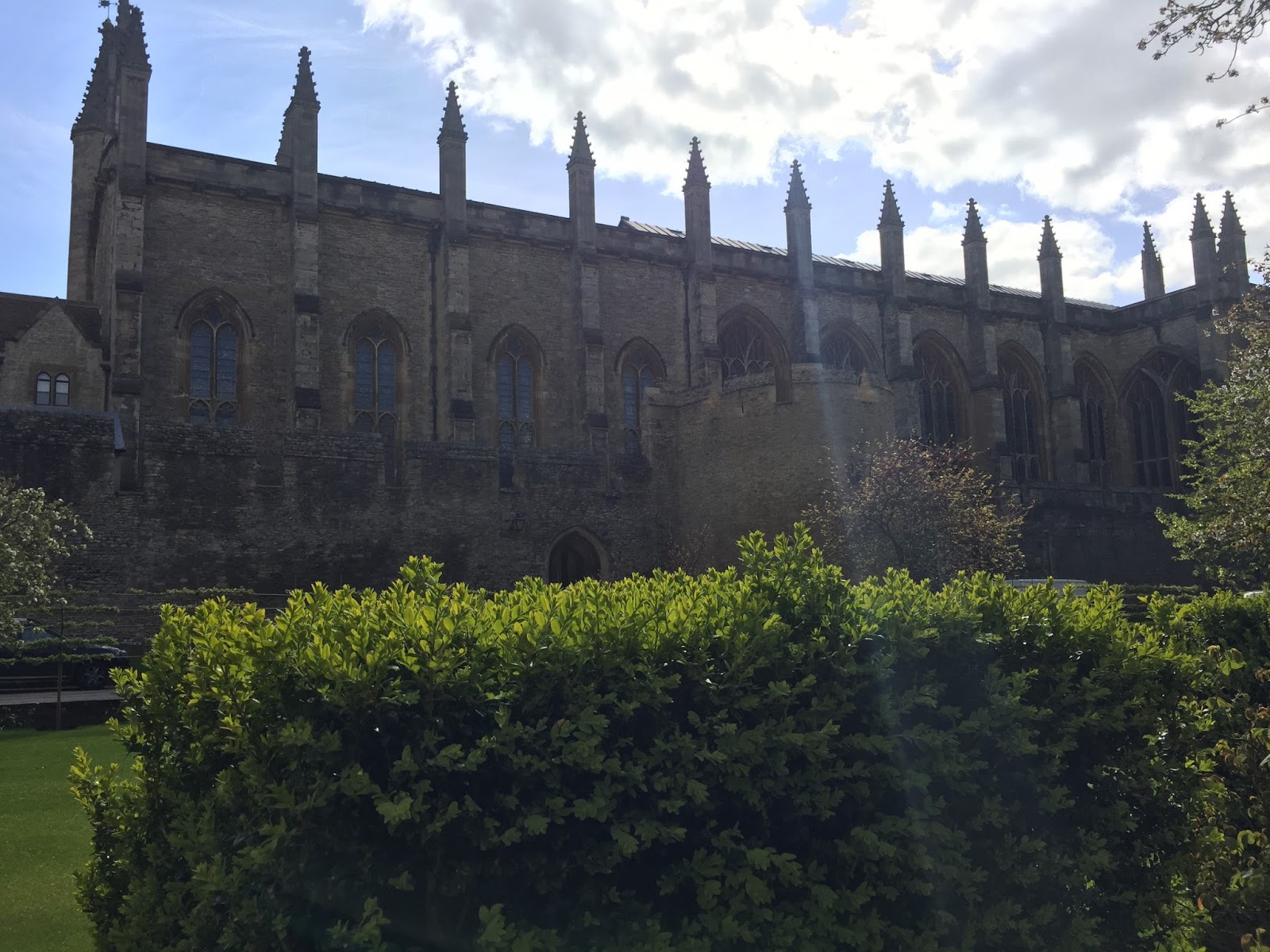 The concert began with the première of ‘Roads Shining Like River Up Hill After Rain’ by Colin Riley. The piece showcased an octet of voices and the obbligato cello playing of Gabriella Swallow. Both the composition and the performance of it were outstanding. Beginning the concert with a newly-composed work was thought-provoking and appropriate. 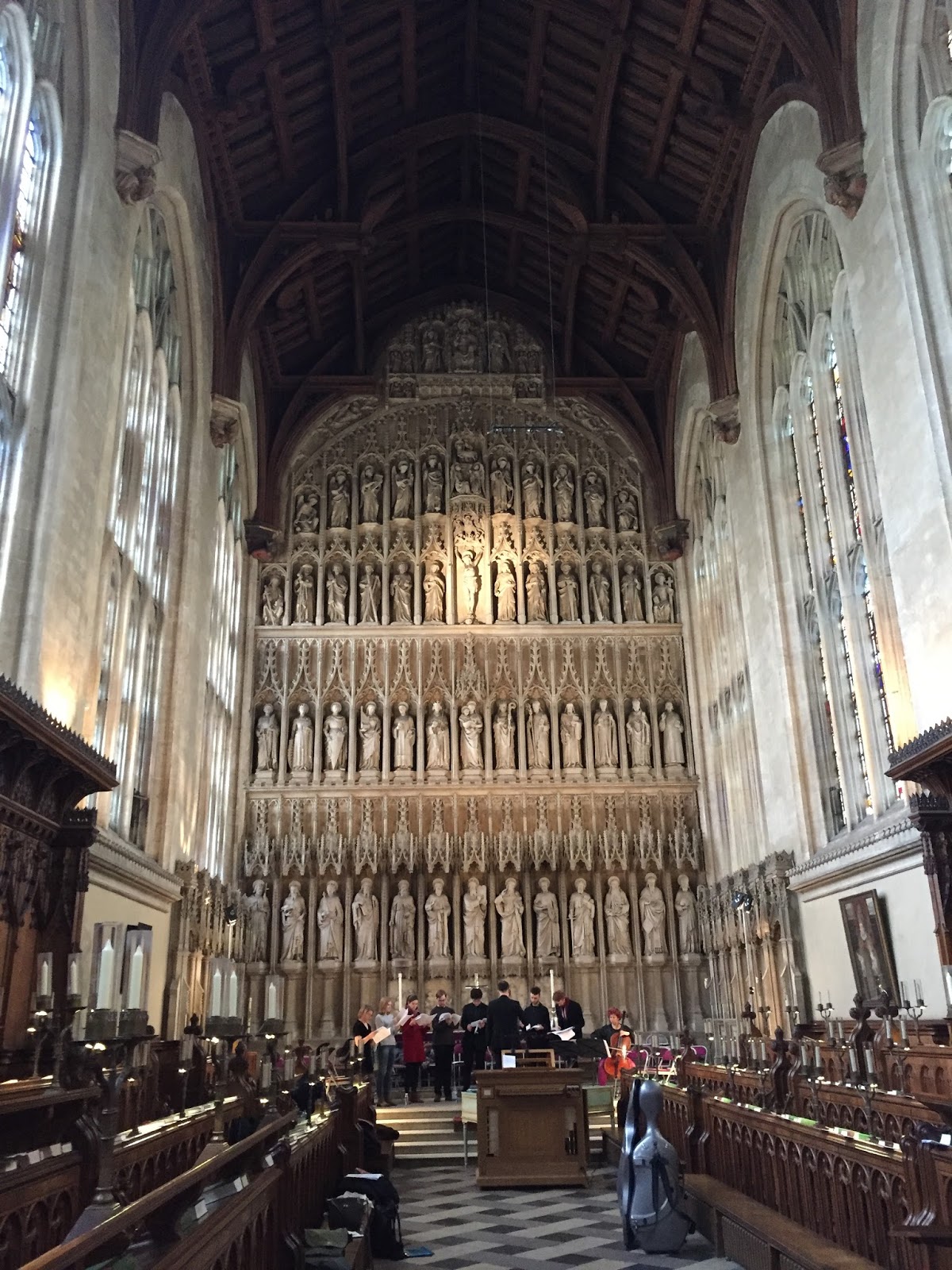 Of course, Bach’s music was once new. He frequently composed music for specific occasions, often to compliment the liturgical calendar. Many of Bach’s works were written without further intent for them to be repeated after the initial performance. Though he certainly did ‘recycle’, edit and revisit some of his own ideas, themes and works; it seems that most of Bach’s music was written for transient single-use. This is quite different to the relatively modern convention of venerating and repeatedly performing Canonised works. Bruce Haynes describes the “custom of repeated hearings of a limited number of works”.
“For listeners in Rhetorical times, to have heard a piece of music a second time was probably like seeing a play or reading a book a second time is to us now. It is something one does only occasionally with very special works or difficult ones.”
Haynes, Bruce (2007). “The End of Early Music - A Period Performer’s History of Music for the Twenty-First Century” - Oxford University Press.
“When [music] did survive many performances, numerous changes could and usually would be made to the music in the process. Rarely did musicians think of music as surviving past their lifetimes in the form of completed and fixed works. When musicians thought about repeatability, they thought more of the multiple uses of themes and parts for various different occasions, than of one and the very same whole composition being repeated.”
Goehr, Lydia (1992). “The imaginary museum of musical works: An essay in the philosophy of Music” - Oxford University Press.
One of the cantatas that Bach did revisit in his lifetime was ’Christ Lag in Todes Banden’ (BWV 4). It is thought to be the oldest of Bach’s Easter works and perhaps one of his earliest cantatas altogether.

“It has to be admitted that we have no definite information about the original version of the work, for its earliest source is a set of Leipzig performing parts which dates from 1724 and 1725. The possibility must therefore be taken into account that the earliest version differed in detail from the version we know today. Yet the alterations cannot have been very extensive, for the extant version exhibits too clearly the stamp of a youthful work.”
"The choir of trombones that doubles the voices was apparently added for the revival in 1725.”
- Dürr, Alfred (2005) - “The Cantatas of J. S. Bach” - Oxford University Press. (pg.264)
The Oxford Bach Soloists performed this cantata with great vocal and instrumental control. The opening featured the string section, led by Bojan Čičić, who gave a beautiful rendition of the Sinfonia. The beginning of the first chorus Versus I was performed at a relaxed tempo, allowing the intertwining vocal parts to be suitably highlighted by this skilful group of singers. The link into the ‘alla breve’ section at bar 68 was seamless and went, intentionally, very fast indeed. It was a real thrill to play it with such energy, and it made a lot of musical and practical sense to take it so fast. A communal comma before the final “hal-le, hal-le-lu-ja” in the penultimate bar gave added clarity and emphasis to the text at the end of the movement. In contrast, the tempo for Versus II ‘Den Tod, den niemand zwingen kennt’ was very slow indeed. This helped to expose the austere gravity of the text:

Versus II
‘Death no one could subdue
Among all the children of men;
That was all caused by our sin:
No innocence was to be found.
Therefore soon came Death
And took power over us,
Holding us captive in its kingdom
Alleluia’

This refined performance of BWV 4 showed the excellence of the Oxford Bach Soloists. 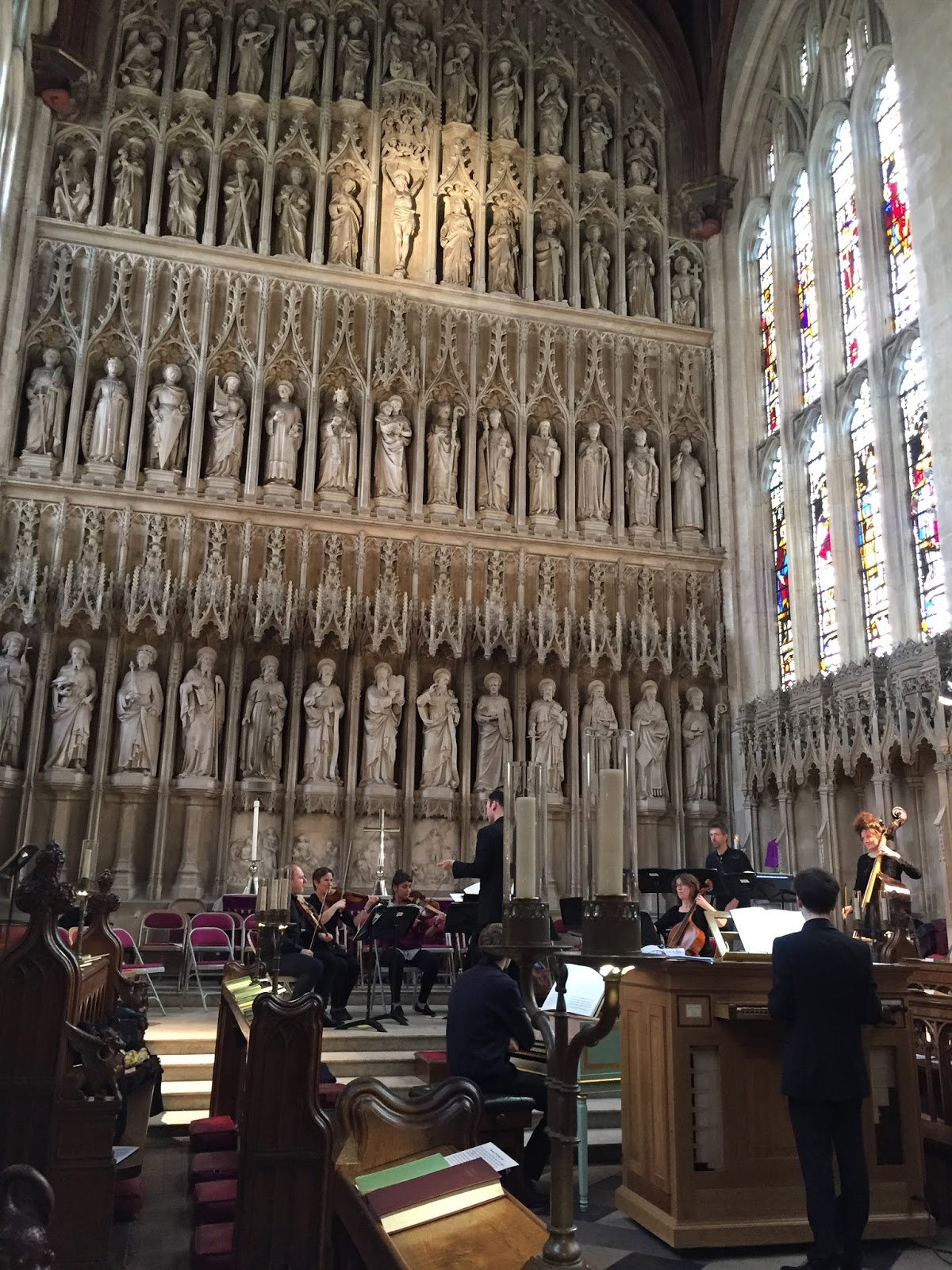 The cornetto is used to double the soprano voices in this cantata. The cantatas in which Bach utilises the cornetto tend to be in an older compositional style than many of his other works. Most commonly octagonal on the exterior, the cornetto seems to have a musical symbolism representing the figure of ‘8’ or ‘∞’, taken from the ancient idea of ‘Ouroboros’ (from the Greek, ‘Ουρά’ (Oura) meaning tail): the idea of [the snake] that eats its tail. This is taken to represent eternal life, in the religious sense. I am interested in reading more about the symbolism of the cornetto (specifically in relation to Bach) as it is a fascinating subject. Below is a list of the cantatas that (seem to) call for the cornetto: 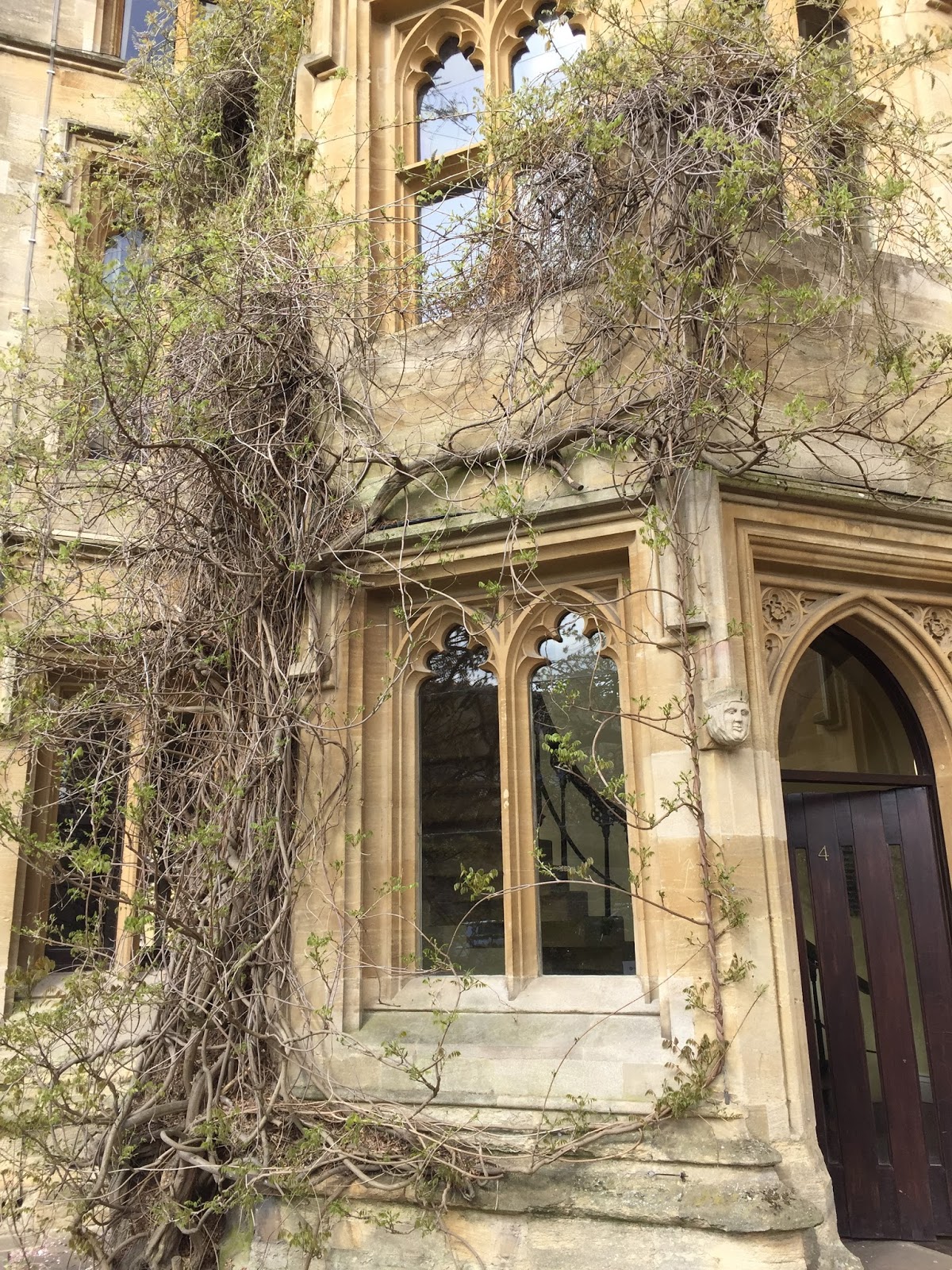 When asked, in December 2014, about my most memorable moment in music, I answered:

“There are plenty of amazing musical moments that inspire me: the cascading flourish of trumpets half way through the Sinfonia of Bach's Easter Oratorio. This springs to mind as one of the most glorious moments in music, in my opinion.”
Oxford Bach Soloists' performance of the Easter Oratorio (BWV 249) was thrilling and kept the attention of the listeners throughout. There were amazing individual moments, from Mark Baigent (oboe) and also from the flautist Yu-Wei Hu, who performed the aria with soprano: 'Seele, deine Spezereien'. (Apologies, I don't know the names of the singers as I forgot to take a programme). Yu-Wei had only a few moments to recover before playing the recorder with Jane Downer in the tenor aria: 'Sanfte soll mein Todeskummer'.

XI - Chorus: ‘Preis und Dank’
'Let glory and thanks
Remain, O Lord, Your song of praise!
Hell and Devil have been overcome
And their gates destroyed;
Exult, you redeemed tongues,
That it may be heard in heaven!
Open, you heavens, Your splendid arches:
The Lion of Judah comes, drawn victoriously!'

Congratulations to Tom Hammond-Davies and the Oxford Bach Soloists on an excellent performance. As ever, I never tire of visiting the wonderful 'City of Dreaming Spires': Oxford.
Bach, Baroque, Cornetto, Leipzig, Natural Trumpet, Oxford
Russell Gilmour