I played with the orchestra 'Spiritato!' in a performance of music by Purcell, Rameau and Charpentier at St. John’s Smith Square on Wednesday 29th of April 2015. The performance was directed by Scott Price. 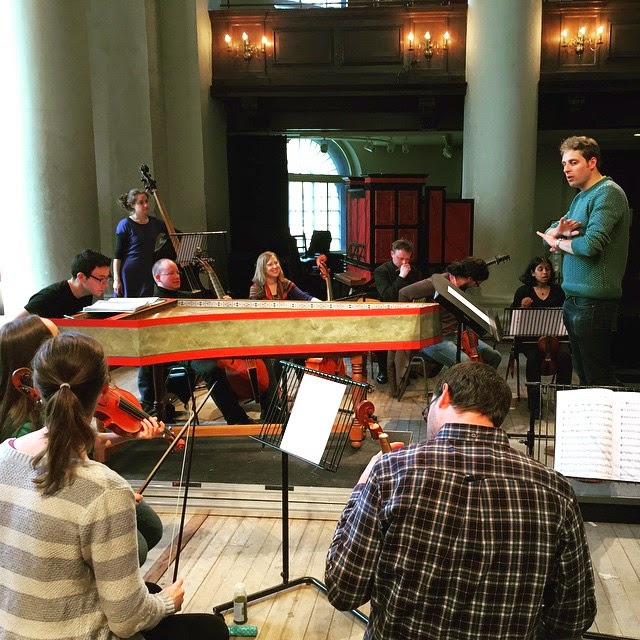 Spiritato! began the programme with Henry Purcell’s ‘Suite from Abdelazer’. This set the scene for the first half of the concert which exclusively included works by Henry Purcell. The Schola Cantorum of the Cardinal Vaughan Memorial School gave a performance of 'Jehova Quam Multi Sunt Hostes Mei’, accompanied by Iestyn Evans on the organ. The first half culminated with the combined forces of the choir and orchestra in the 'Te Deum and Jubilate in D’.

The 'Jubilate in D’ includes a prominent first trumpet part at the beginning. For as long as I have known Purcell’s music, I have wanted to play this piece above all others and tonight was my first opportunity. I played the natural trumpet solo - the line of the melody beautifully intertwines with the countertenor soloist’s part. It is a fantastic moment and it was a huge privilege to play, on this occasion, with one of the most famous countertenor soloists: Iestyn Davies.
The second half of the concert began with music from the other side of the English Channel. It started with Jean-Philippe Rameau’s orchestral suite from 'Les Indes Galantes’ and the concert culminated with Marc-Antoine Charpentier’s 'Te Deum’. Each of the choral pieces featured excellent solos by various boys from the choir and from the three soloists: Iestyn Davies (countertenor), Josh Cooter (tenor) and James Arthur (bass). The choir were excellent and I hope that the singers and their teachers felt proud of their achievements in this concert. 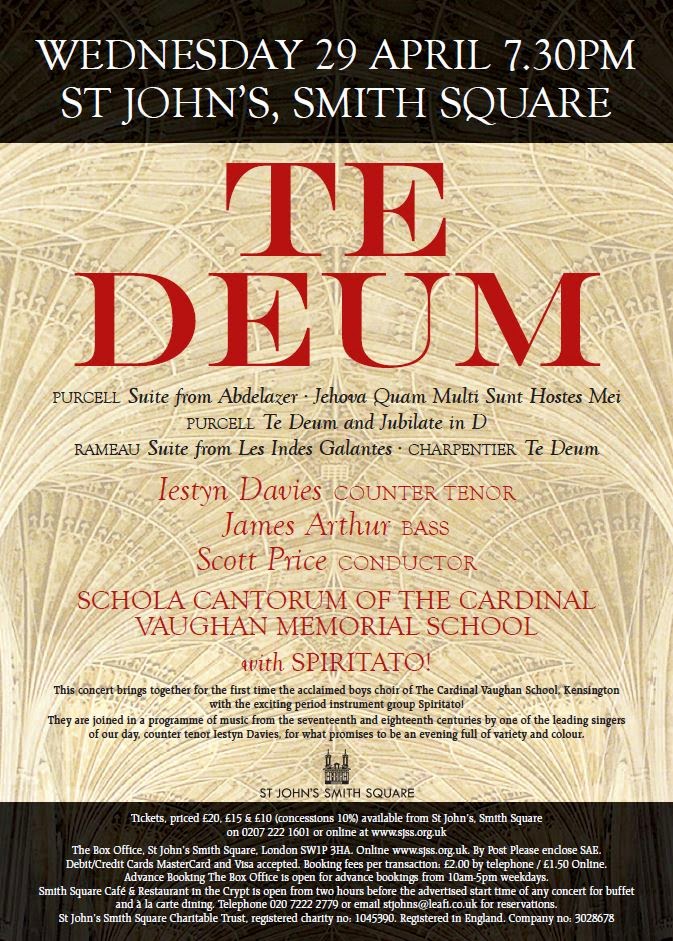