The most recent performance took place in Antwerp in Belgium. I had been performing at the Utrecht Festival on Friday 24th of August 2018, and so I took a train to Antwerp to join I Fagiolini, under the direction of Robert Hollingworth, for the latest performance of L’Orfeo at the Bourla Theatre (Bourlaschouwburg) as part of the AMUZ festival on Sunday 26th of August 2018. 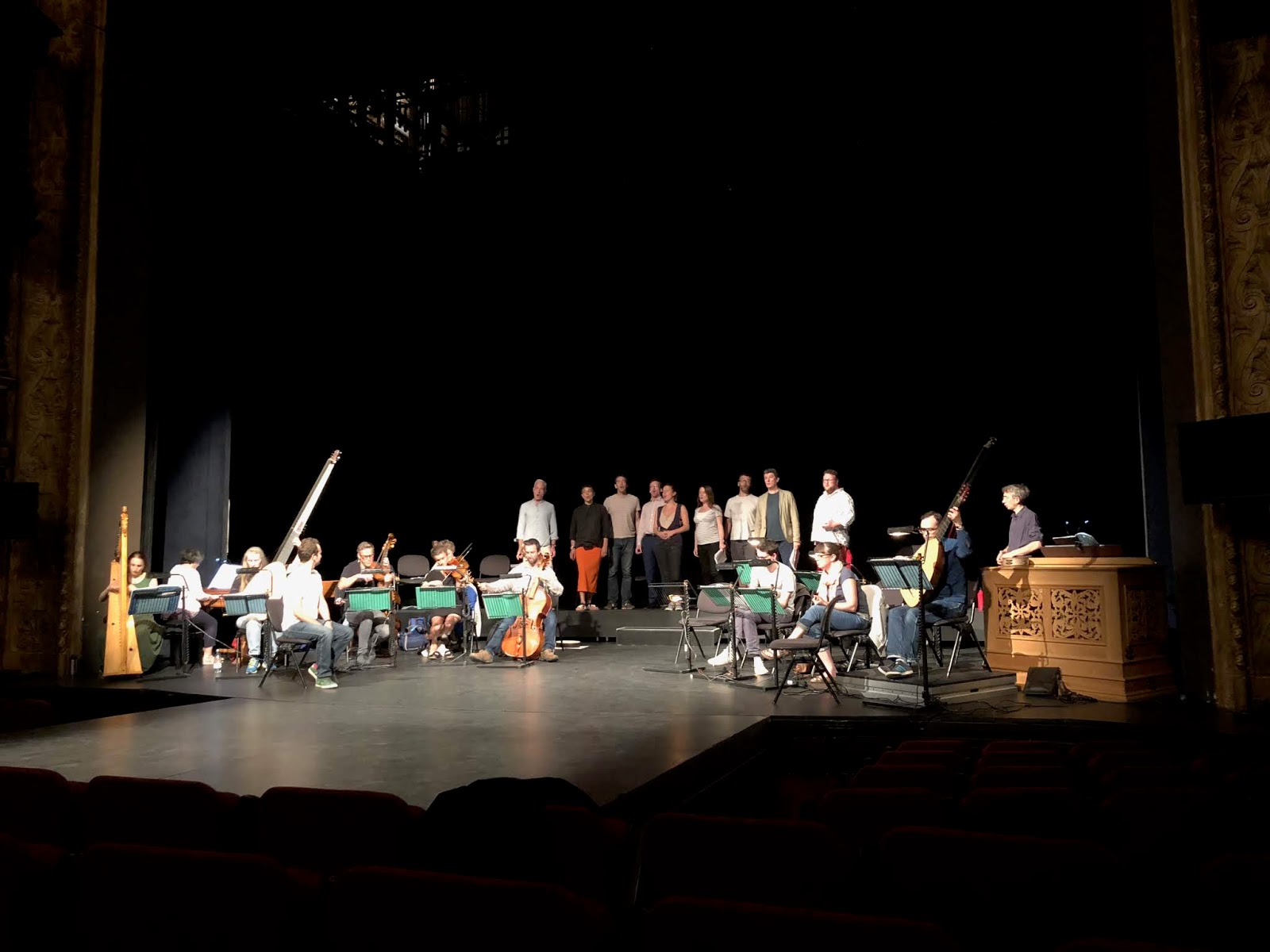 I Fagiolini's interpretation is continually evolving and it seems to attain more musical and dramatic detail and fluency (not that it was ever lacking) with each additional performance. The group is now very well accustomed to performing this piece and subtly adapting it to work in a variety of venues including theatres, town halls, concert halls, churches and Scuole Grandi.

It was great to be back in Antwerp. I had never visited until January 2018 when I visited to record Purcell’s King Arthur with Vox Luminis. Then, as now, I found it to be a very interesting and impressive city. On my previous visit I had attempted to explore the main centre of the city, the squares, the cathedral and the impressive railway station. On this visit (as well as still being in awe of the former) it was great to explore other parts of the city: to walk around the docks and to find some of Antwerp's under-explored areas. 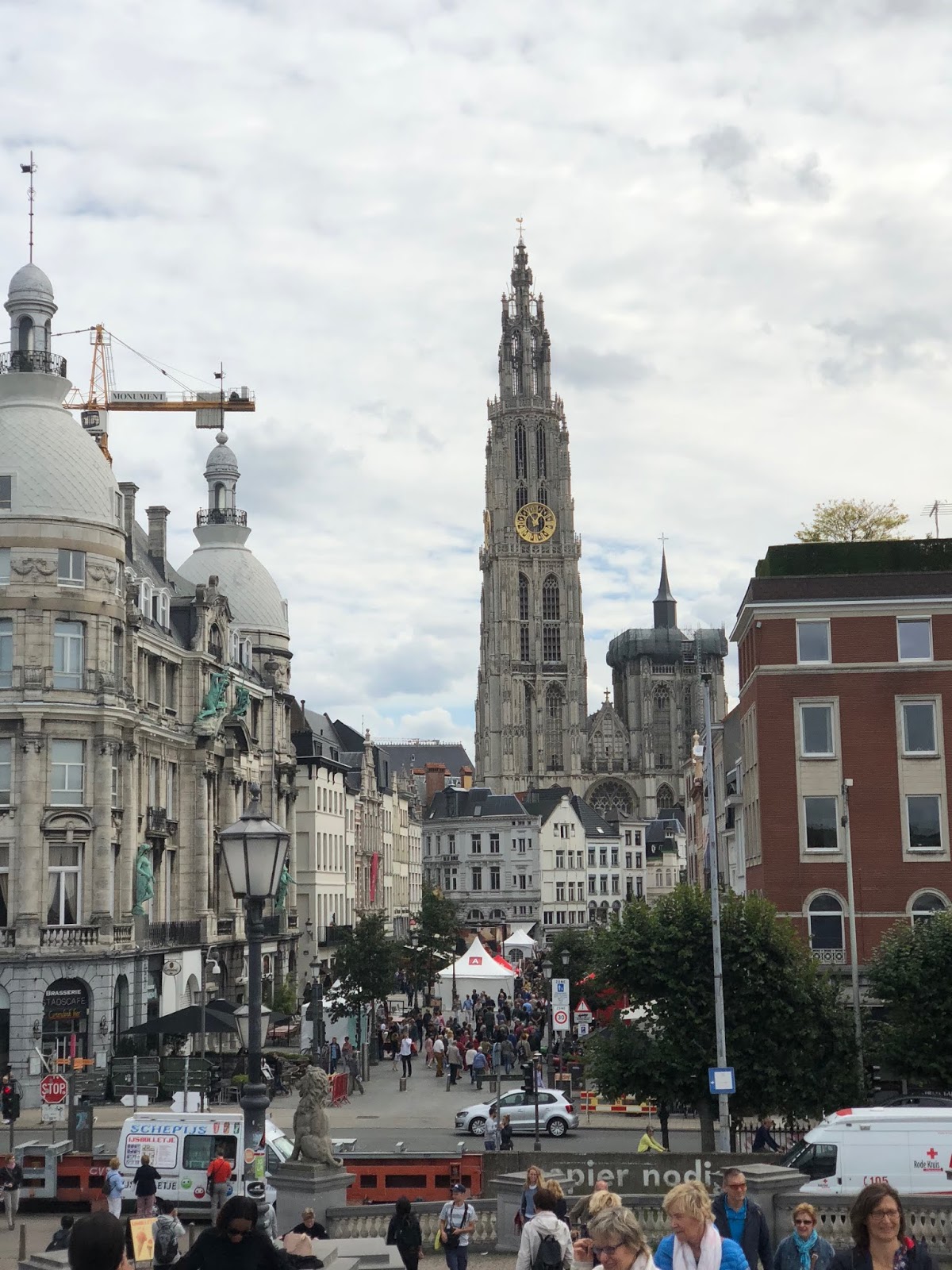 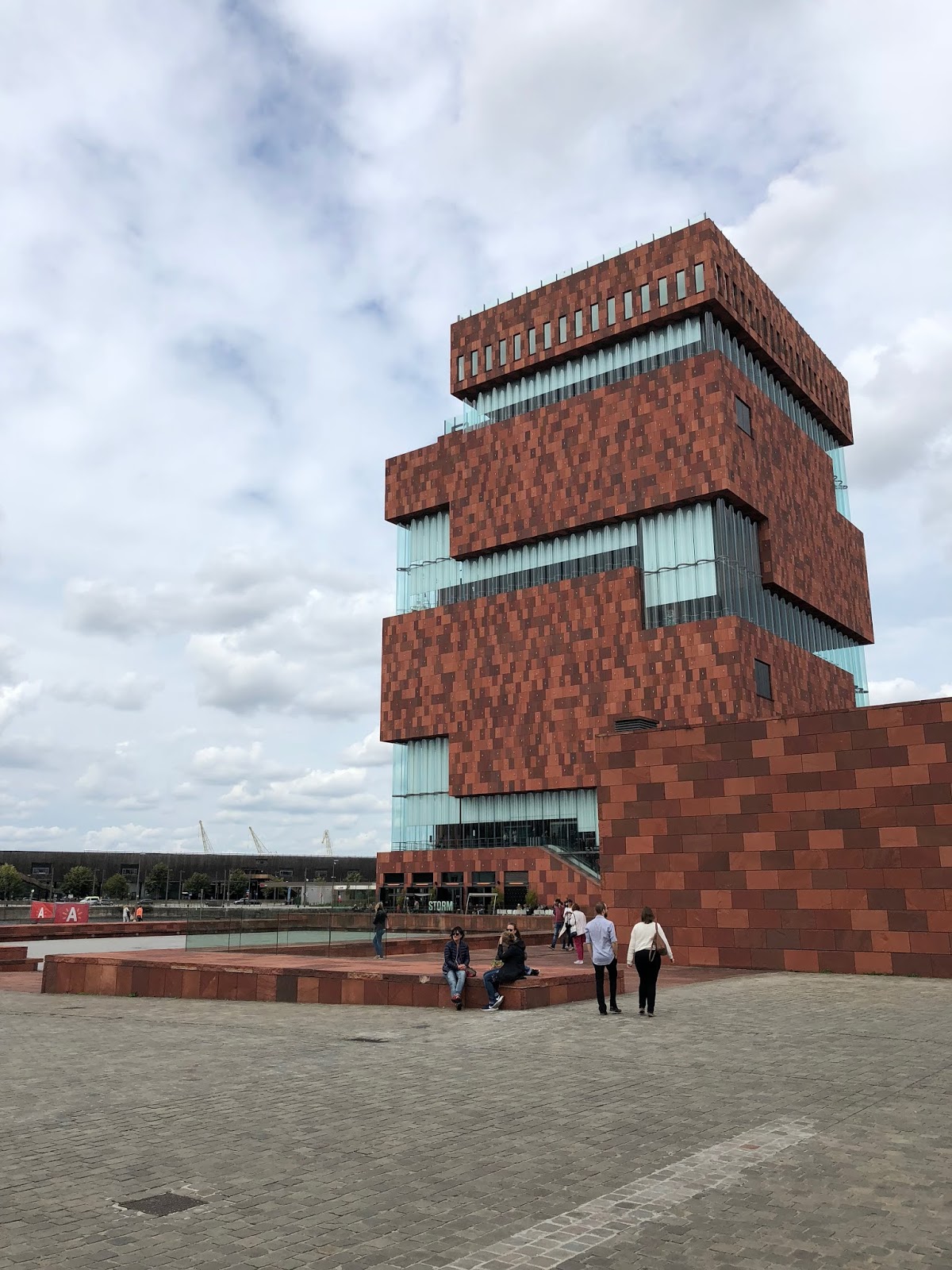 I performed the opening Toccata, without using finger holes, alongside players from the English Cornett and Sackbutt Ensemble: Emily White, Tom Lees, George Bartle and Adrian France. We played from the raised sound and lighting desk area at the back of the stalls and processed to the platform ready for the third time tutti Toccata.

I had initially intended to leave the theatre after playing the Toccata, but I found myself in the dark wings of the stage listening intently to the Prologue. I was unable to leave, thanks to the beautiful string playing in the ritornello and the captivating singing of Mary Bevan (Euridice & La Musica). I was hooked until the very end of the Moresca! This piece of music is worth hearing again and again. In fact, (a translation of) a fragment from the opening (Dal mio Permesso amato) featured as a reading at my recent wedding, before and after a rendition of the ritornello). 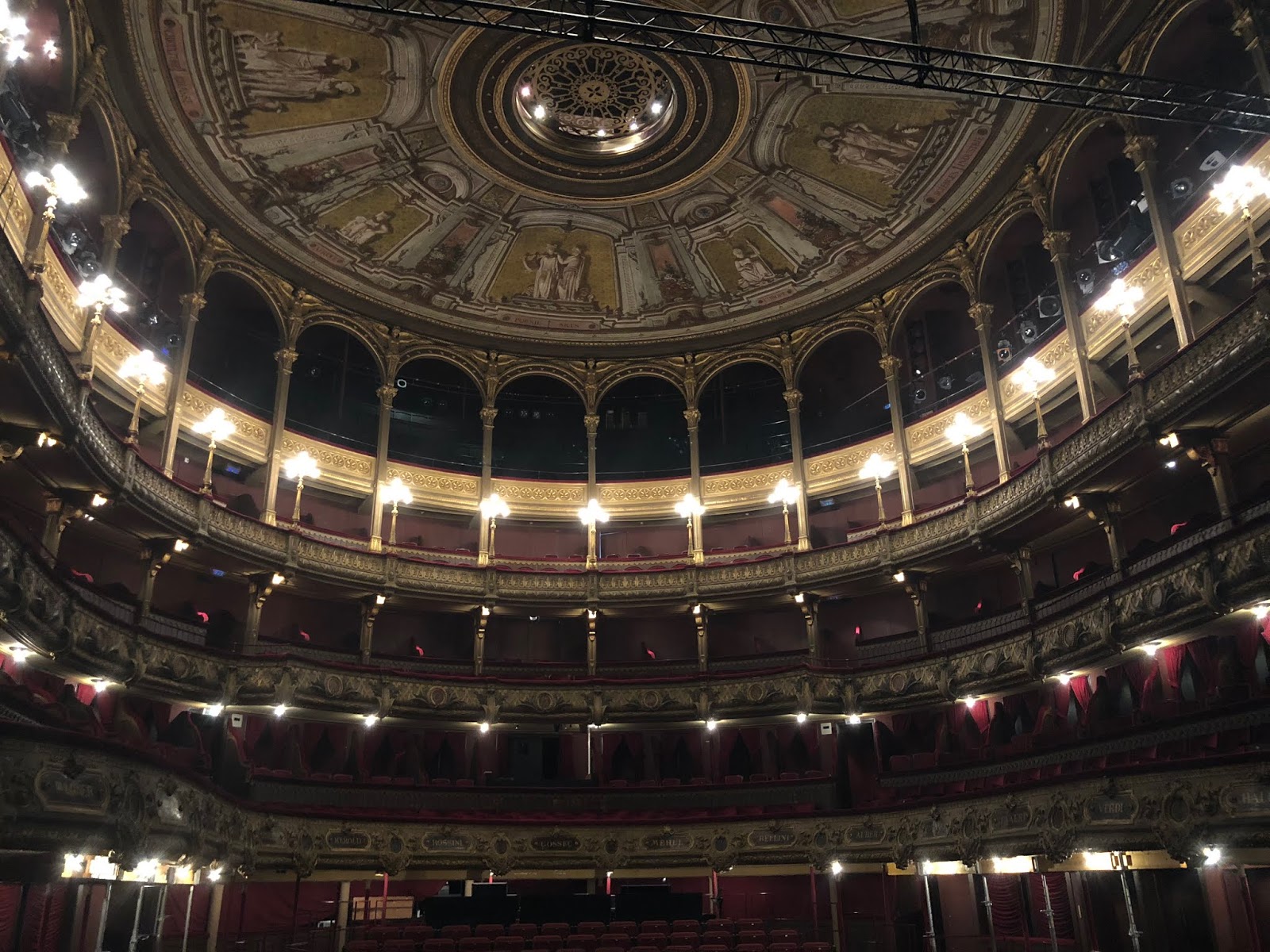 Matthew Long was, again, a brilliant Orfeo. Anna Dennis joined the ensemble and did a great job as Ninfa & Proserpina. Ciara Hendrick (Messagiera) was also great, and her role as the messenger was particularly well-delivered. It began off-stage (front of house) and slowly came through the audience to the protruding stage. Thomas Guthrie (stage director) had initiated a good number of clever devices such as this and he had ensured that all the players and singers had been sufficiently and artfully lit. I think he actually manned the follow spotlight during the performance as well as instructing the theatre's technical department. In the second half a black curtain at the back of the stage had been lifted to reveal a huge black space backstage. This was a clever way of signifying that we were in the underworld. 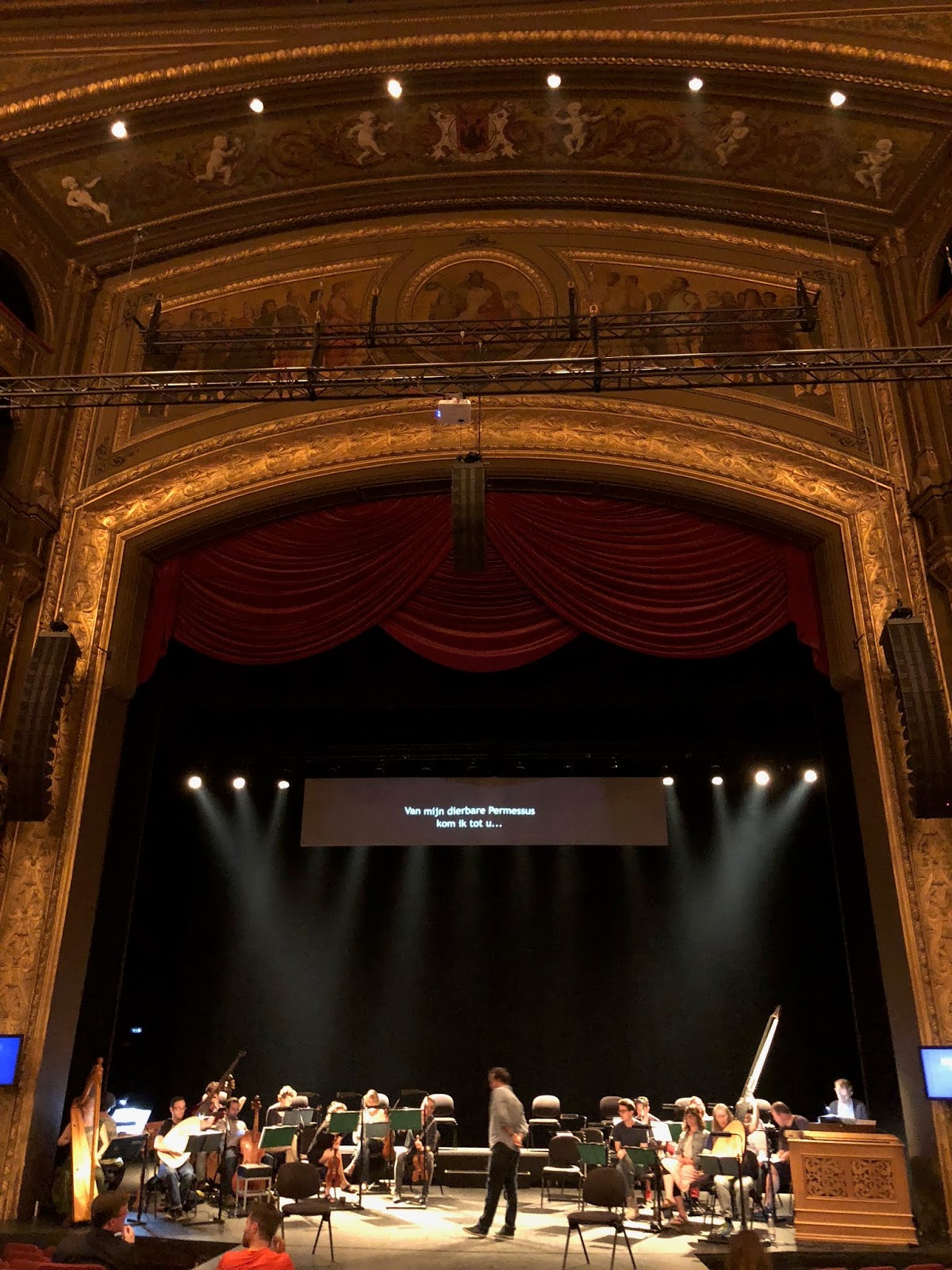 The male vocal ensemble of William Purefoy (Speranza), Nicholas Hurndall Smith (Apollo), Greg Skidmore (Infernal Spirit), Christopher Adams (Caronte) and Charles Gibbs (Plutone) were great individually and as an ensemble, with additional vocals in some of the choruses from Robert Hollingworth (normally director and continuo) and George Bartle (normally sackbutt). Other notable mentions must go to the great harp solo from Constance Allanic and to the players of the English Cornett and Sackbutt Ensemble. The performance finished with a joyful rendition of the Moresca, with players and singers moving around the stage - an uplifting end. 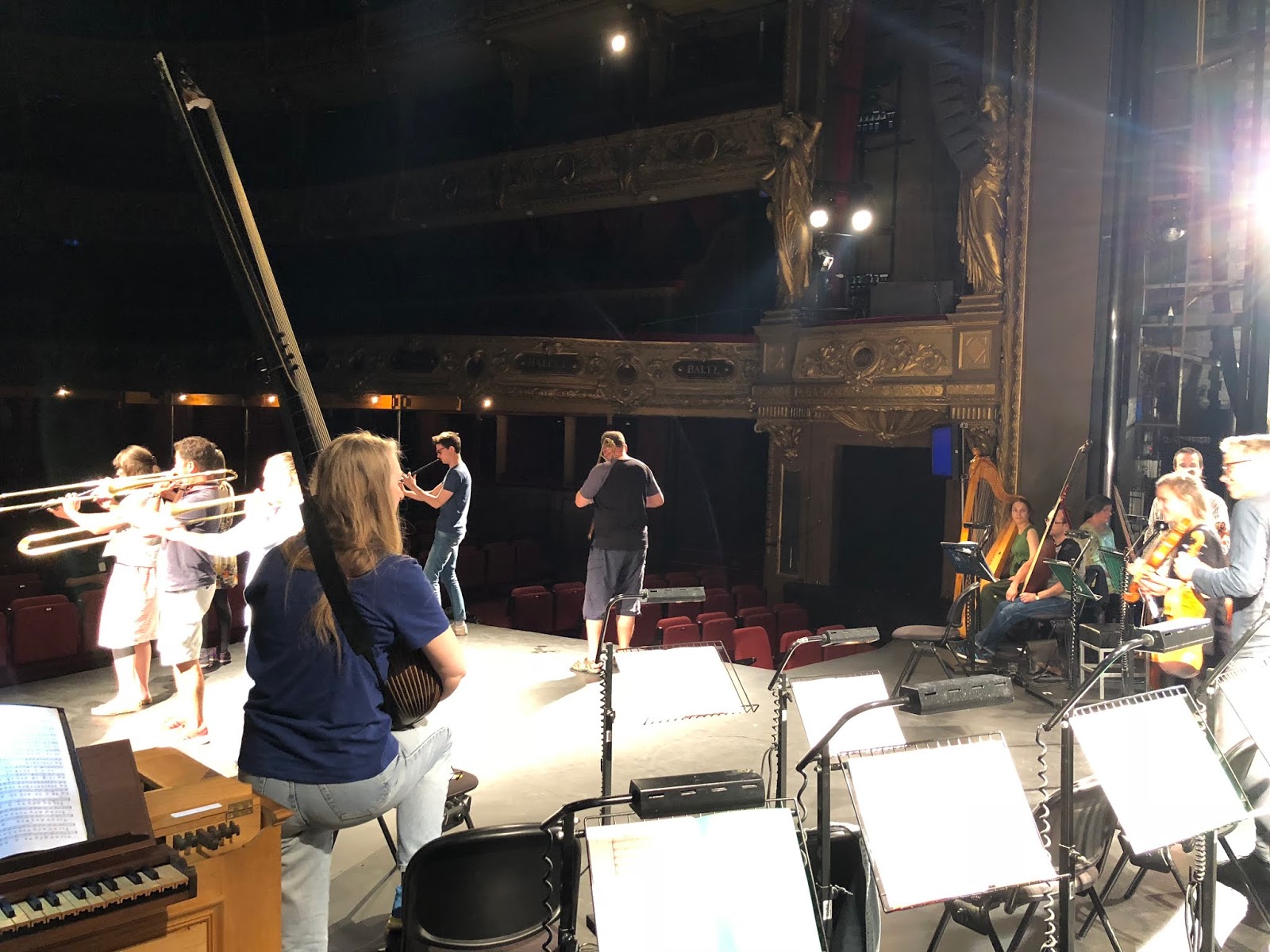