Robert Hollingworth’s ensemble I Fagiolini gave a semi-staged performance of Monteverdi’s L’Orfeo in the London Festival of Baroque Music at St. John’s Smith Square on Thursday 18th May 2017. The brilliant Matthew Long performed the role of Orfeo. 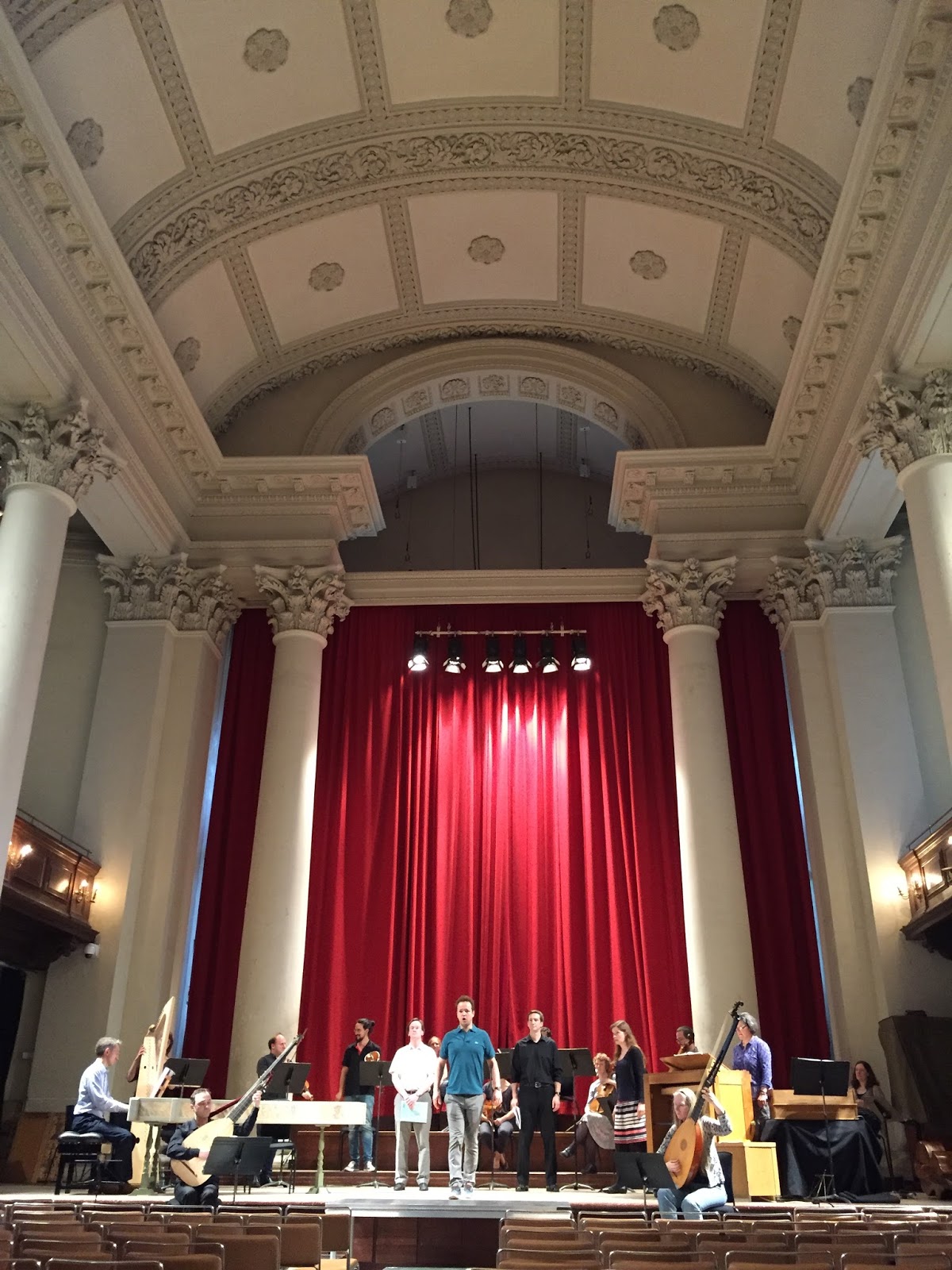 I performed the clarino part in the opening Toccata, playing the natural trumpet (without holes) with players from the English Cornett and Sackbutt Ensemble. We performed a trumpet consort rendition of the Toccata from the back of St. John’s Smith Square, at the top of the spiral staircase. During the second time through (an on-stage orchestral version) the five trumpeters walked onto the stage to play a forward-facing version with the full orchestra. We left the stage to sonorous strings and the equally gorgeous sound of Rachel Ambrose-Evans as Euridice singing the emotive opening, beginning 'Dal mio Permesso amato...' 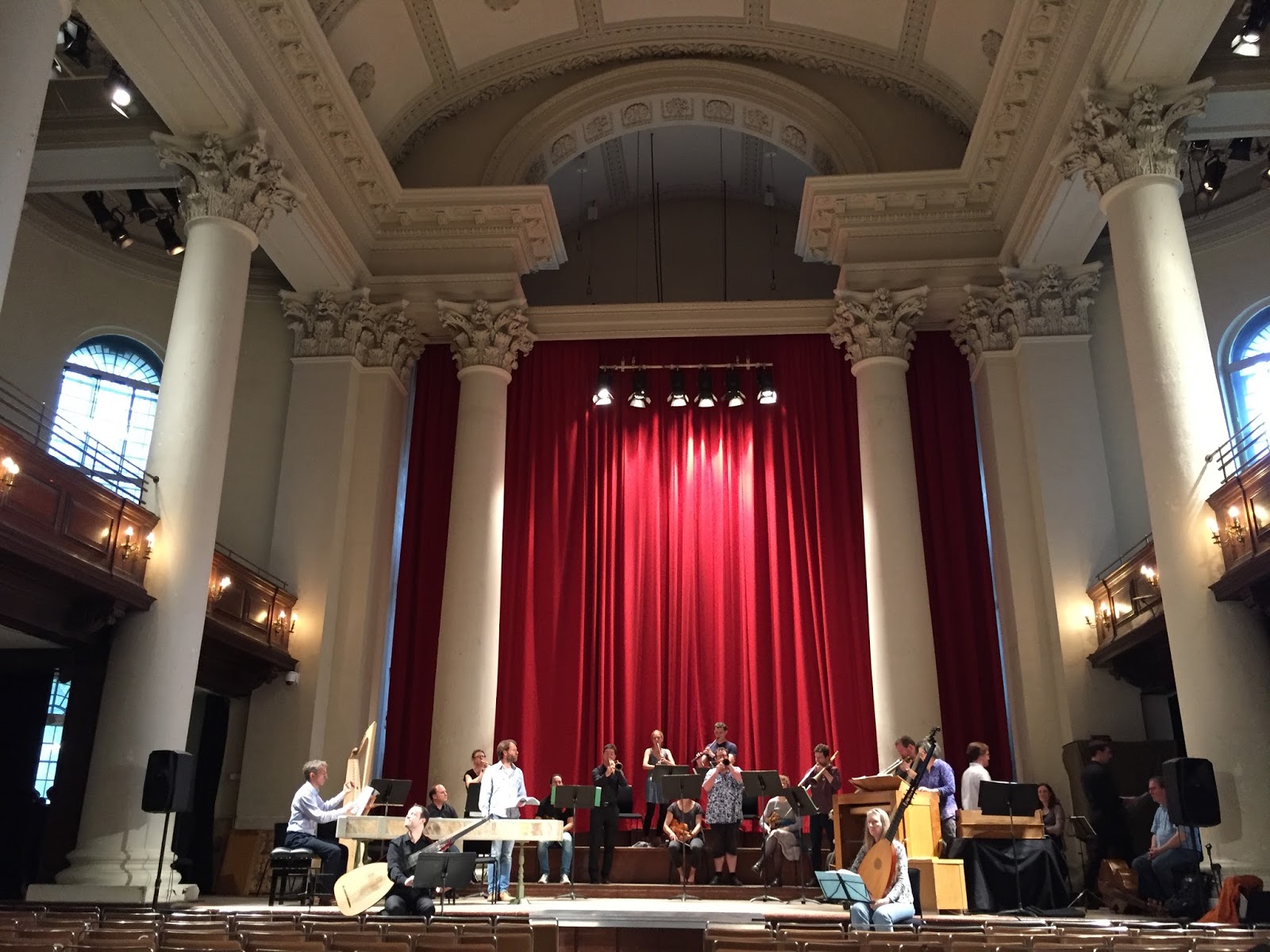 This was the first of three performances scheduled for 2017; Purbeck and Cheltenham will host the subsequent ones. We had previously performed L’Orfeo in the Scuola Grande di San Giovanni Evangelista in Venice (November 2015). It was a very memorable experience. With my fairly limited role in the proceedings, I was able to take several photographs and I was delighted to see that one of my photographs of the whole group had been used in the festival brochure. 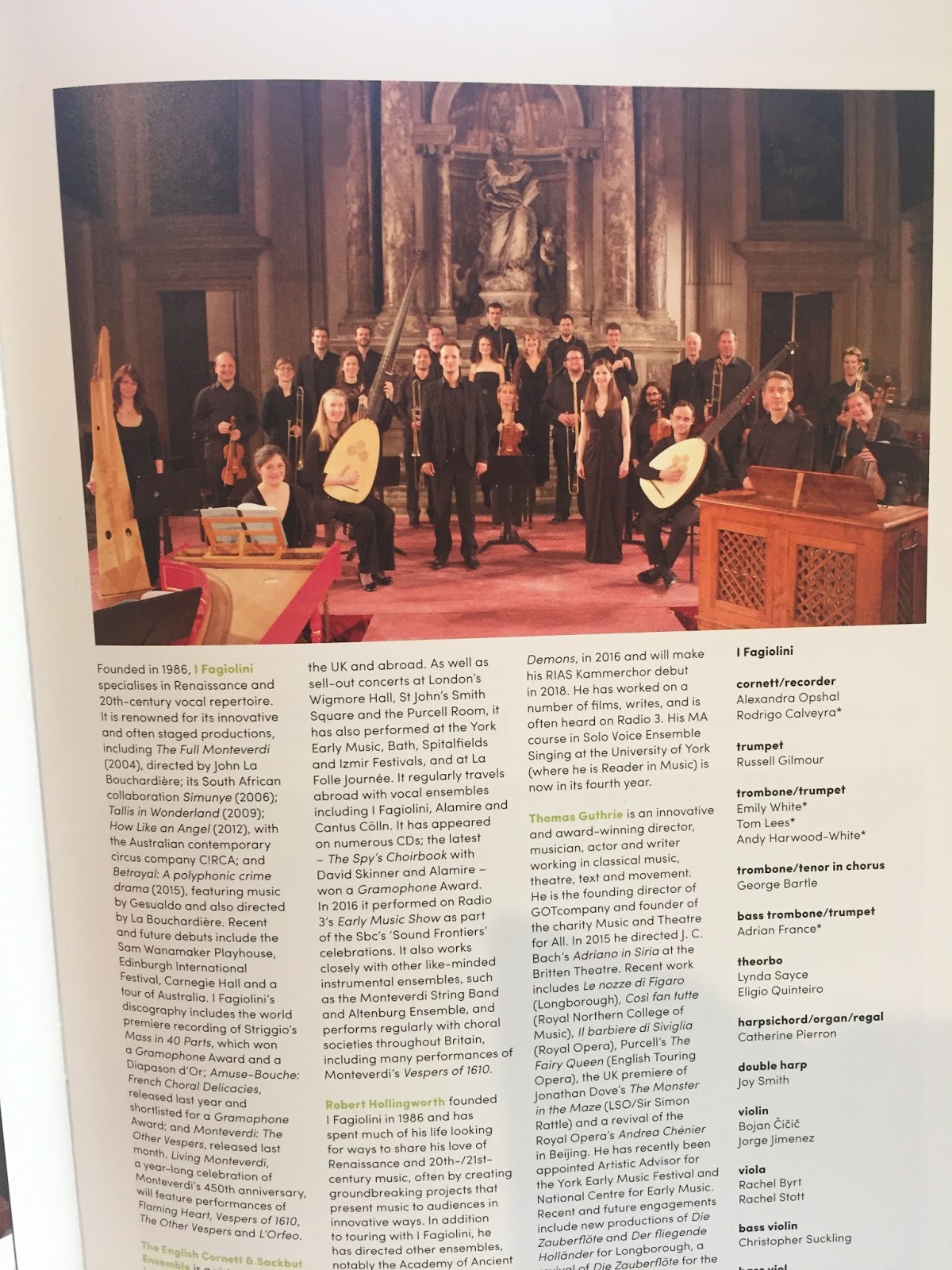