Sunday, 4 Sep 2016, 18:00
As a young lad, if I showed any reluctance to attend a rehearsal I was given the choice of: 'band, ballet or bed'. I ruled out ballet immediately and always chose band eventually. To a six-year-old, the prospect of going to bed early seemed like a punishment - how times change! Being allowed to stay up late was a privilege reserved for very special occasions - one such occasion being the Last Night of the Proms performance broadcast live from the Royal Albert Hall on BBC 1. Dad even tuned in to BBC Radio 3 to create a kind of simultaneous surround sound in the living room. I particularly remember staying up late for the Last Night of the Proms in 1994 - with Sir Andrew Davis and baritone soloist Bryn Terfel. I was clearly inspired by this and the tradition of staying up late to watch the Last Night of the Proms continued.

I would never have imagined that playing in a band - and continuing to attend rehearsals in favour of going to bed - would eventually lead to me playing in a ‘banda’ in the BBC Proms twenty-two years later - obviously with many intermediate steps along the way.

In addition to the on-stage brass section of the orchestra (two natural trumpets, four horns and three trombones), Rossini had originally employed the services of a ‘banda’ that would play from the wings of the stage. According to information conveyed to us by Sir Mark Elder the original military ‘banda’ had travelled from Esterházy to participate in the first performance of ‘Semiramide’ at the Venician opera house ‘La Fenice’ on the 3rd of February 1823.

We played three entries in the first act of the opera. The 'banda' was situated on the highest riser on the stage at the Royal Albert Hall. For the second act, the ‘banda’ relocated to the Gallery (the highest tier of the Royal Albert Hall), playing high up on the conductor’s left side. From there we performed one more entry (Act II, No.8: Duetto: Semiramide & Assur) intended to sound distant and reminiscant of one of our previous entries from the first act, albeit in a different key (E-flat major). I had a recurring natural trumpet call to play: 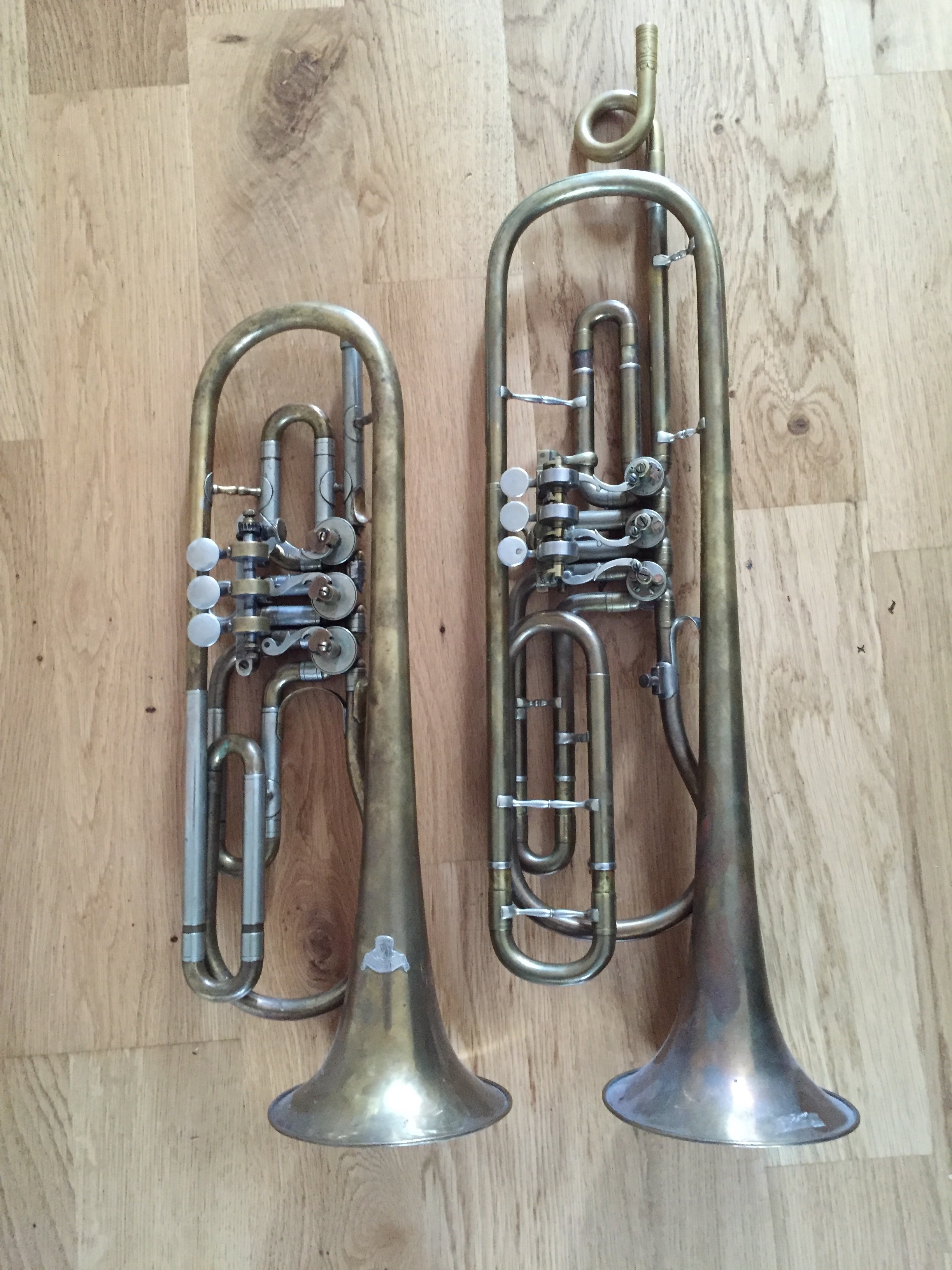 The Russian coloratura soprano, Albina Shagimuratova, simply wowed the audience. During the first half of the concert I particularly enjoyed listening to the stunning overture and I was in a great position to enjoy the wonderful playing of the four horn players in the orchestra. It was fascinating to see their hand horn technique from behind them and I learnt a lot from just observing the ease of their approach. There were many other examples of wonderful music making going on in the orchestra under the the excellent direction of Sir Mark Elder.
“...the OAE played tirelessly throughout the near four-hour performance, holding out longer than many of the audience, who crept away early to catch Sunday night transport home. Elder found silky lightness in Rossini's score, with colourful woodwind roulades dispatched with character, exciting martial brass, and thrilling timpani playing from Adrian Bending. A feast of Rossini, greedily consumed in a single sitting.” - Mark Pulling, BachTrack - 5th September 2016 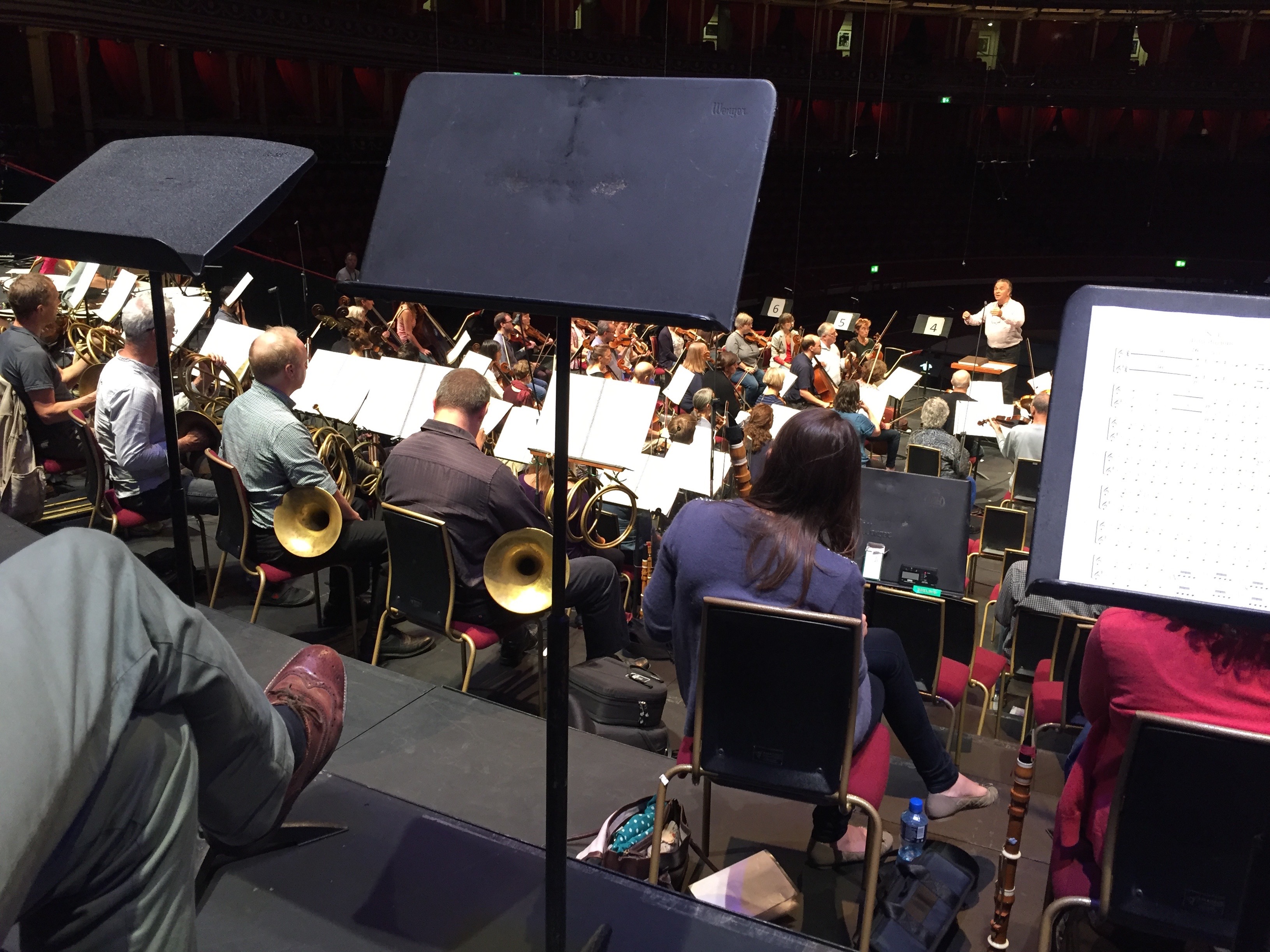 The performance was broadcast live on BBC Radio 3 and it is available on BBC iPlayer until 4 October 2016.

Many thanks to Oonagh Lee for taking this photograph.