Sunday, 6 Dec 2020, 17:00
On the 11th March 2020 I performed Israel in Egypt, in York Minster. I remember winding down in the nearby Guy Fawkes Inn with the trumpet, trombone and timpani players, and somebody commented that ‘it might be our last gig for a while’. I had not realised the implications and the severity of the unfolding pandemic. Even though handshakes and hugs had been off the agenda for a week or two, by that point there was no prevalent mask-wearing or social distancing in force. Little did we know.
They were correct. My next gig was 172 days later and my next full-scale project (at the BBC Proms Live 2020) was 183 days after the concert in York Minster, and my new (self-organised) natural trumpet course took place shortly thereafter. By late October, I enjoyed my first mid-pandemic work abroad, in Hamburg, and it had been 261 days since any previous trips abroad (Gstaad with the Aurora Orchestra in February). The Hamburg trip took place (miraculously) while the travel corridor remained open, so there was no requirement to quarantine upon return which enabled me to play in a video recording with the Gabrieli Consort in London in November, before returning to Germany (against all adversity) for a recording in Stuttgart. I’m certainly grateful that those projects happened, as I know several musicians who haven’t had any performing work since March or before. As a comparison, I performed in nine projects in December 2019, and I travelled to three different countries in that month alone. I could compare this year’s entire performing output to just December 2019, and it still falls two projects and two countries short of that benchmark. In 2019 I wrote 53 blogs, directly after 53 projects. In 2020, I wrote 22 blogs (including this one); 10 were pre-pandemic, five were on topics other than recent live performances, leaving just seven articles comparable to 2019’s.
The aforementioned performance in York Minster in March had become something of a benchmark for 2020. Future milestones would be ‘172 days since York’ or ‘183 days since York’ (etc.). Three-quarters of a year later it was great to be able to return to York on Sunday 6th December 2020 around (270 days on the ‘since York’ count) to perform music by J. S. Bach and J. F. Fasch at the National Centre for Early Music (NCEM) within the Grade I listed medieval church of St Margaret on Walmgate. It felt quite symbolic to be back in York, which I always mention is one of my favourite places. It was admittedly quieter in than usual, though I did arrive intentionally early to enjoy breakfast just off the Shambles, and to have a walk by the river in the hours of daylight - during which I bumped into an old friend from the Royal Northern College of Music who I haven’t seen for 10 years!


This performance with Spiritato, entitled ‘The Leipzig Legacy’ featured 17 musicians performing orchestral music to a very small audience of socially-distanced, mask-wearing patrons of the NCEM. The group was directed from the violin by Kinga Ujszászi, who also took the solo role in Bach’s demanding Sinfonia [BWV 1045]. The programme combined suitably festive sounds of the trumpets and timpani and more reflective movements within Fasch’s intentionally ambiguously-titled ‘Concerto for orchestra’, and the Bach Orchestral Suites. It was great to play with Spiritato again, and to play some lesser-known works as well as some perennial favourites. 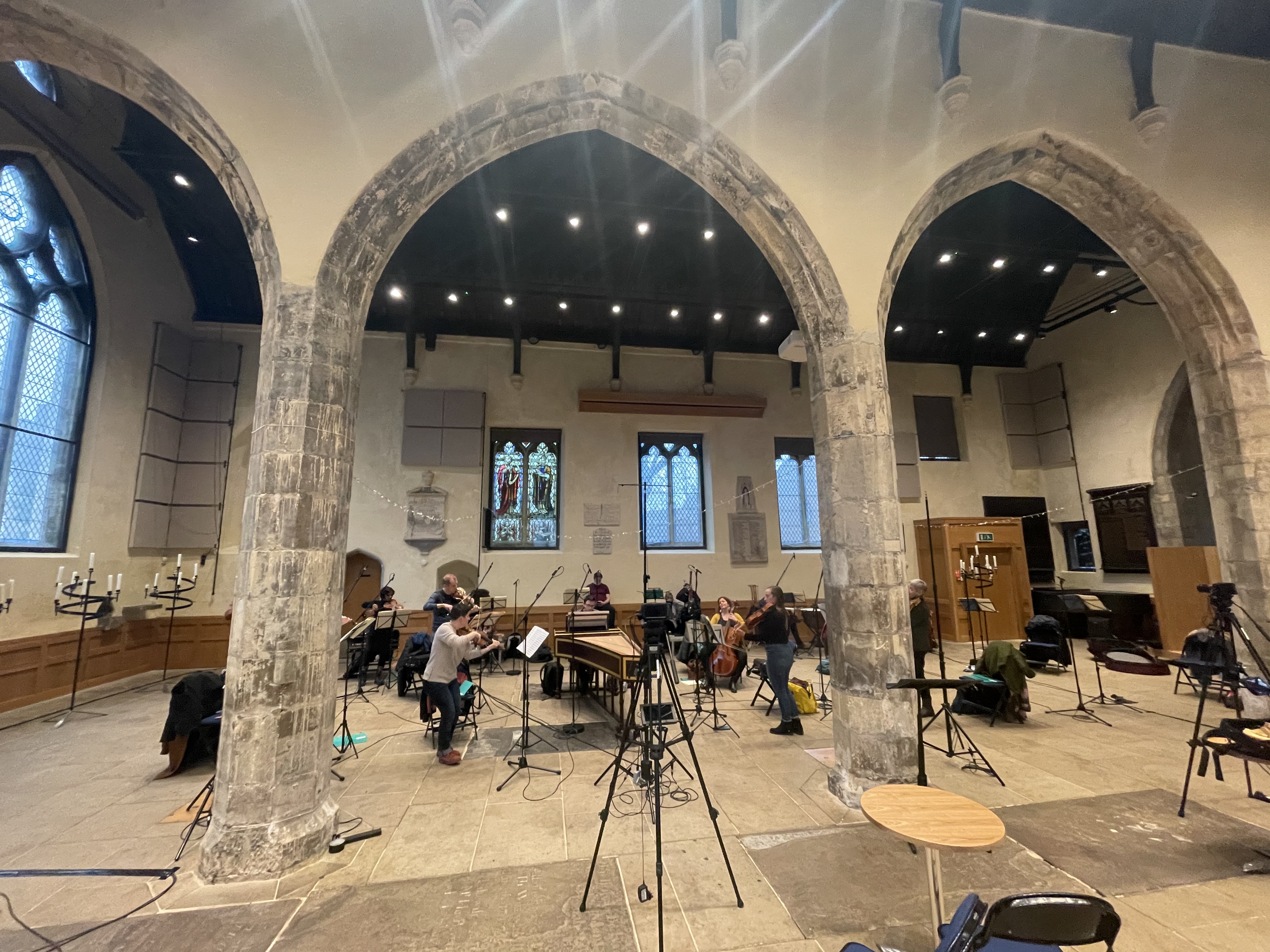 The concert was filmed, with attractive candlelit backlighting, and it will be released as an online concert at 1pm on Sunday 13th December 2020. Tickets are available online from the NCEM.
Fasch: Concerto in D major for 3 trumpets, timpani, 2 oboes, violin and strings [FaWV L:D3]
Bach: Orchestral Suite no. 2 [BWV 1067]
Bach: Sinfonia [BWV 1045]
Fasch: Quartetto [FaWV N:d3]
Bach: Orchestral Suite No.3 [BWV 1068]

‘Joyous, daring and virtuosic music from two of the late Baroque’s most innovative composers. In this feast of vivacious solos and orchestral suites, Spiritato brings together an entire orchestra of dynamic soloists. Opening with a dazzling concerto for multiple soloists by Bach’s lesser-known contemporary Johann Friedrich Fasch, director/violinist Kinga Ujszászi next takes the lead for two of Johann Sebastian’s most fiendish solo works. Fasch’s elegant Quartetto provides a moment of delightful contrast before the trumpets and drums return in one of the most popular of all Baroque works, bringing this thrilling programme to a glorious conclusion.’