Thursday, 25 Jul 2019, 11:00
Solomon’s Knot gave three performances during a residency at the Ryedale Festival in Yorkshire. The festival has been described by the Guardian newspaper as ‘the jewel in Yorkshire’s cultural crown’ and browsing though their brochure, it was evident that this is an exceptional festival. 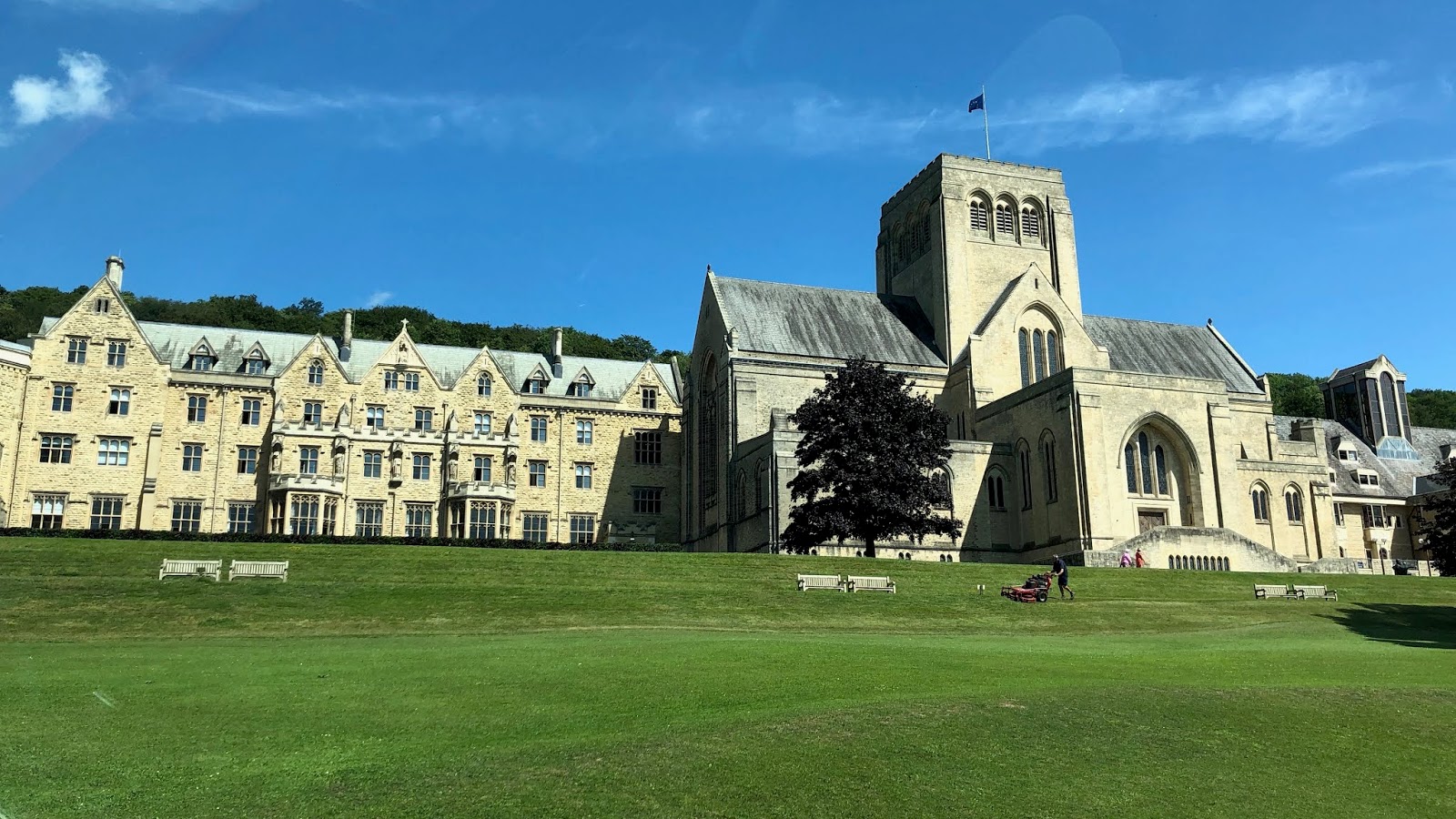 The first concert of Solomon’s Knot’s residency took place at Ampleforth Abbey and it featured Bach cantatas composed for the Feast of St Michael, as well as Bach’s Magnificat. The programme entitled ‘Bach’s Angels’ sounded magnificent in this generous acoustic. 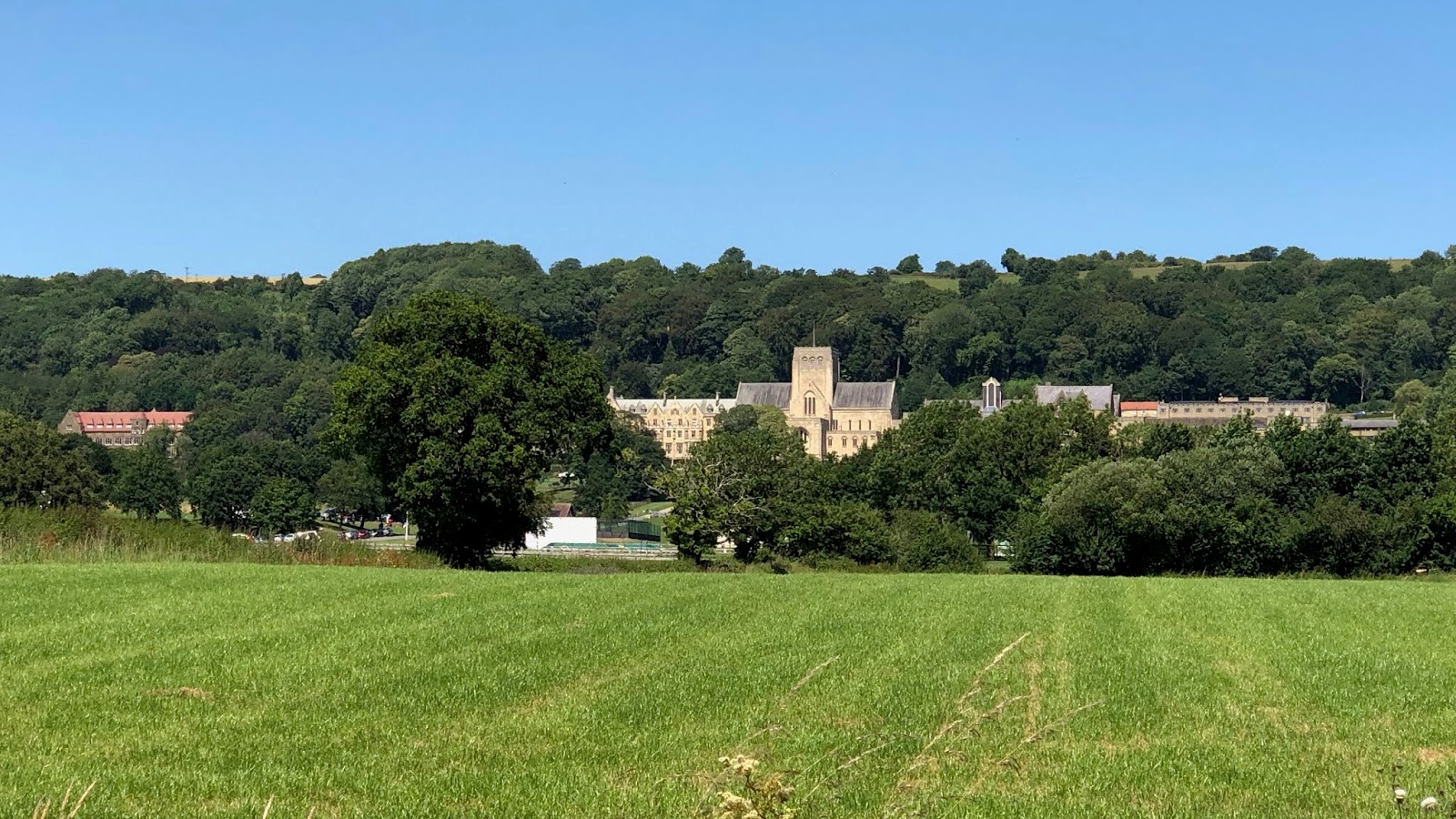 We had an excellent trumpet section with Russell Gilmour playing first, Nick Wright bumping, Will Russell on second, Katie Hodges on third and Rosie Toll on timpani. The singers of Solomon’s Knot had once again learnt everything from memory - which, given the demands of performing three different programmes in one week, is a near superhuman achievement. The Ryedale programme featured: Es erhub sich ein Streit [BWV 19], Herr Gott, dich loben alle wir [BWV 130], Man singet mit Freuden vom Sieg [BWV 149], Magnificat in D [BWV 243] and, as an encore, Nun ist das Heil und die Kraft [BWV 50]. We will be performing the four cantatas (without Bach’s Magnificat) at the BBC Proms in August 2019. For more information please visit: https://www.bbc.co.uk/events/evrn5v 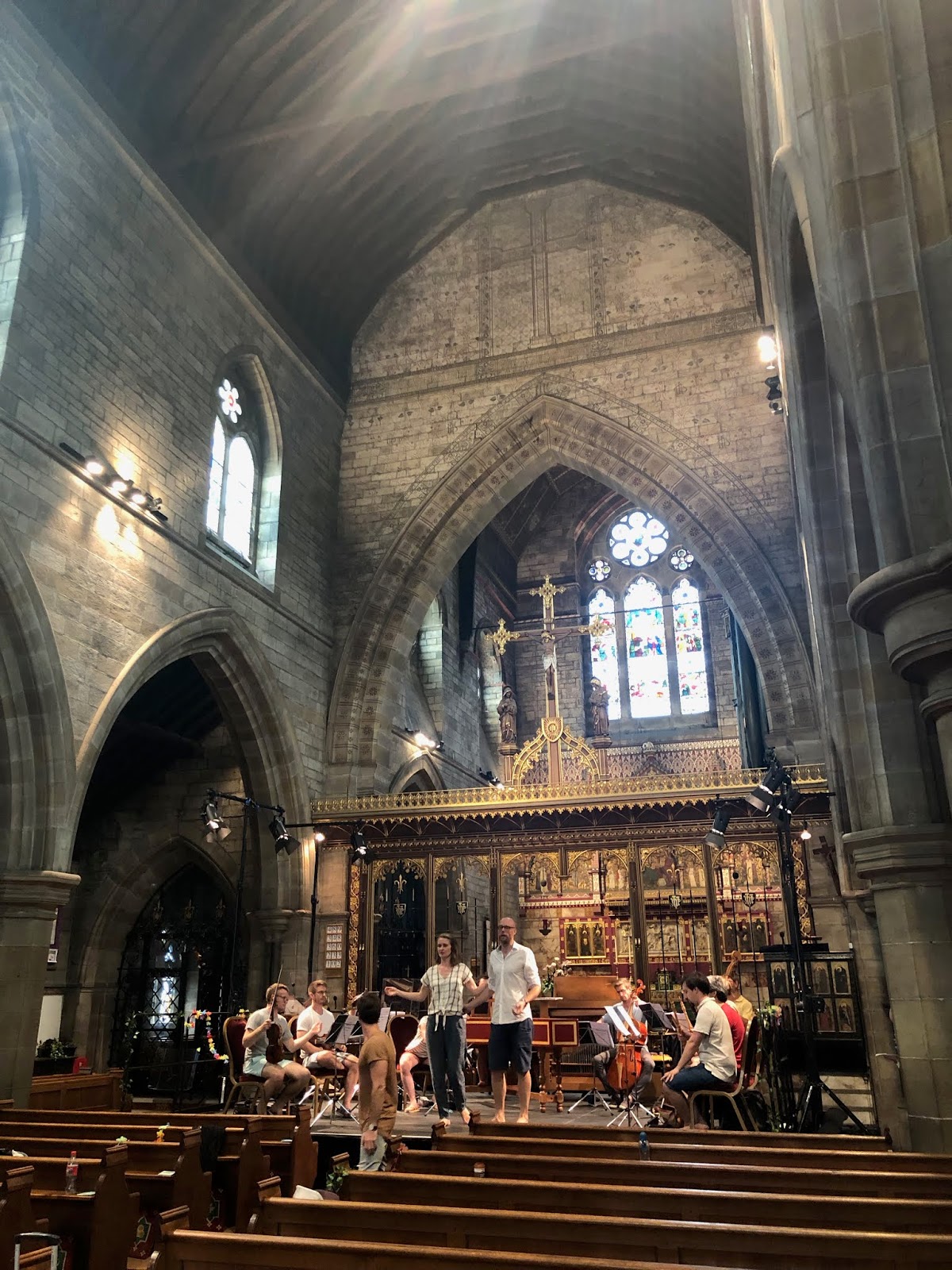 The second concert took place two days later at St Martin-on-the-Hill in Scarborough. The ‘Purcell Pageant’ featured music predominantly from The Fairy Queen but also from King Arthur, Arise My Muse, Come Ye Sons of Art, Hardy Climes and the Yorkshire Feast Song. The pieces were brought together for this dramatised performance directed by Tama Matheson, and the singers performed from memory again for this semi-staged performance. Solomon’s Knot had performed excerpts from this programme for In Tune live at the 2019 Proms, which was broadcast live on BBC Radio 3 from Imperial College London on Friday 19th July 2019. A private performance of the Purcell Pageant programme will be given in Cambridge next week as part of a golden wedding anniversary celebration. 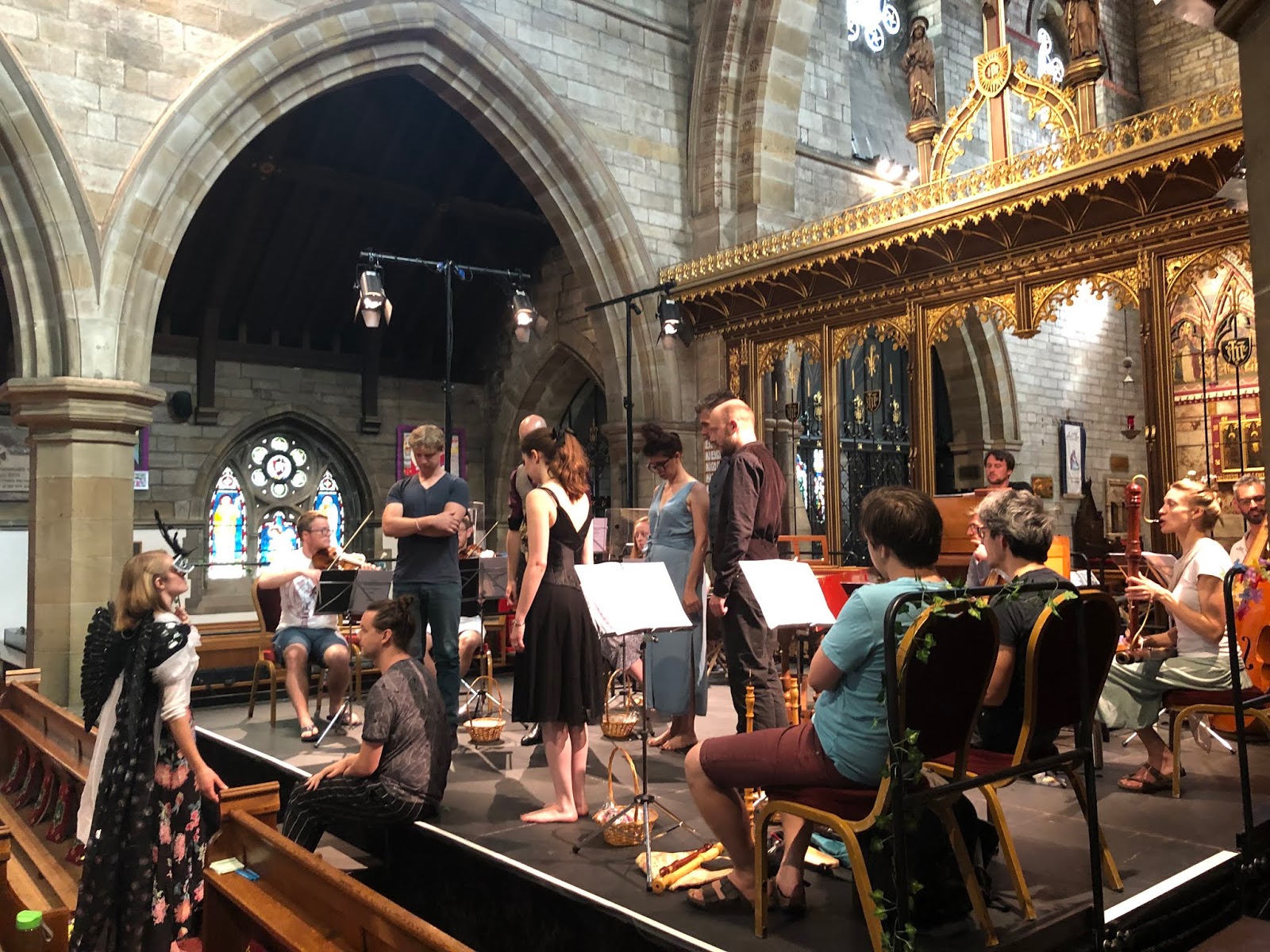 “Join Solomon’s Knot to delve into the shimmering fantasy world of A Midsummer Night’s Dream as depicted in Purcell’s Fairy Queen, bestudded with jewels from his odes, welcome songs and masques. Dramatised for concert performance by exciting director Tama Matheson, we begin as we end, with a party, which goes on late into the night until all are asleep, only to be roused the next morning by Phoebus himself. The sun god leads us through a pageant of the four seasons, which in turn rouses Hymen for a final celebratory wedding feast.” 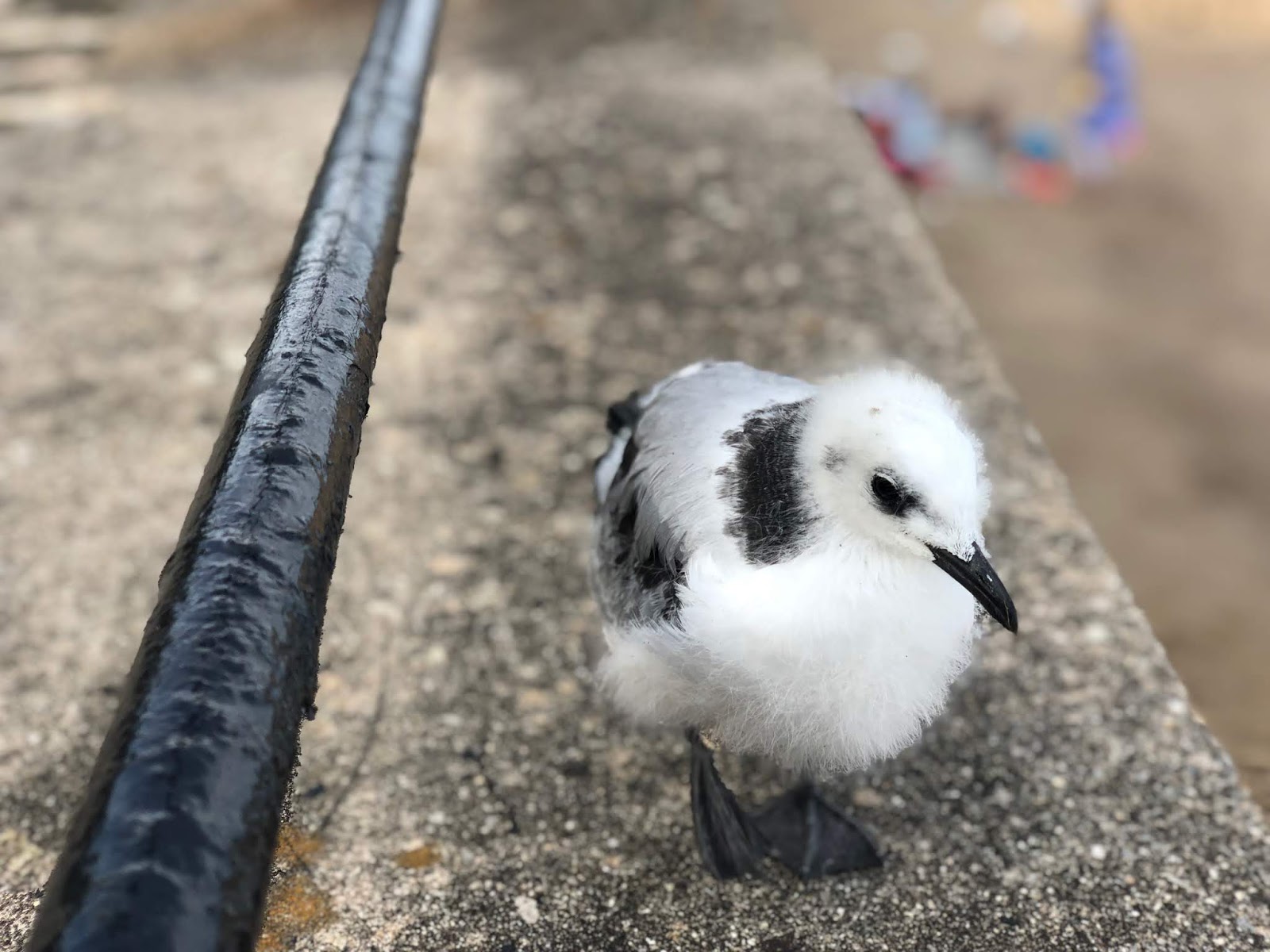 The third concert featured the singers and continuo players of Solomon’s Knot, who performed all of Bach’s Motets for an 11am coffee concert in the St. Lawrence Parish Church in York on Saturday 27th July 2019.
Bach, Festival, Natural Trumpet, Purcell, The Section, York
Russell Gilmour