Robert Hollingworth led I Fagiolini’s performance of Monteverdi’s 'L’Orfeo' at Cheltenham Town Hall, as part of the Cheltenham Festival, on Sunday 9th July 2017.

I performed the opening Toccata, without holes, alongside players from the English Cornett and Sackbutt Ensemble: Tom Lees, Emily White, Andy Harwood-White and Adrian France. In a slight difference to our other performances in Venice, London and Purbeck, we played the opening trumpet ensemble rendition from the back of the stage and processed out along the protruding jetty-like platform during the strings and recorder version (second time through). The third time featured the trumpet ensemble with tutti orchestra, with each trumpet player alternately facing out to the audience, positioned at 10’o’clock and 2’o’clock along the ‘jetty’. A similar configuration happened for the final 'Moresca', pictured (in rehearsal): 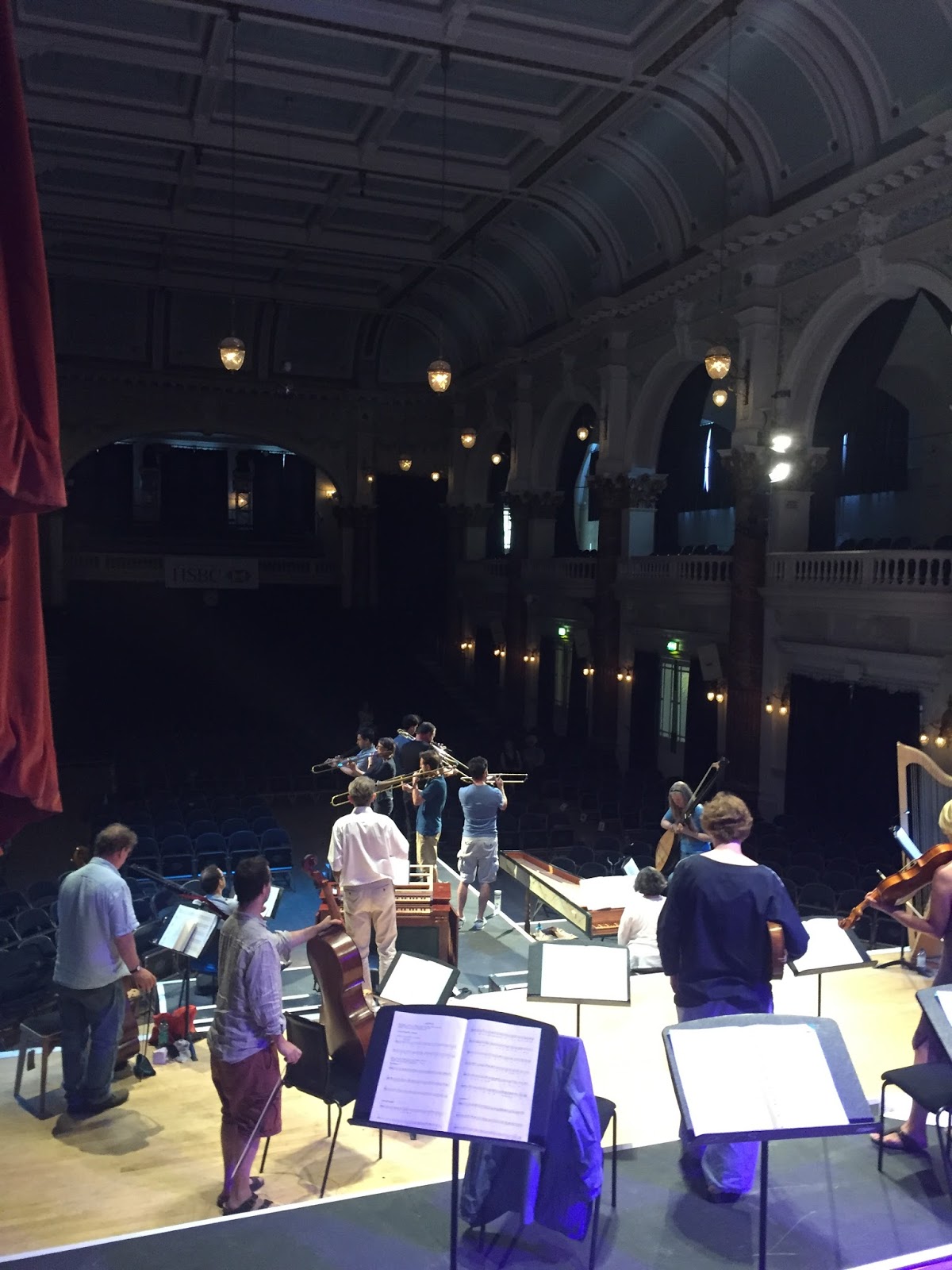 Cheltenham Town Hall is a lovely venue and it was a great pleasure to perform there with I Fagiolini. 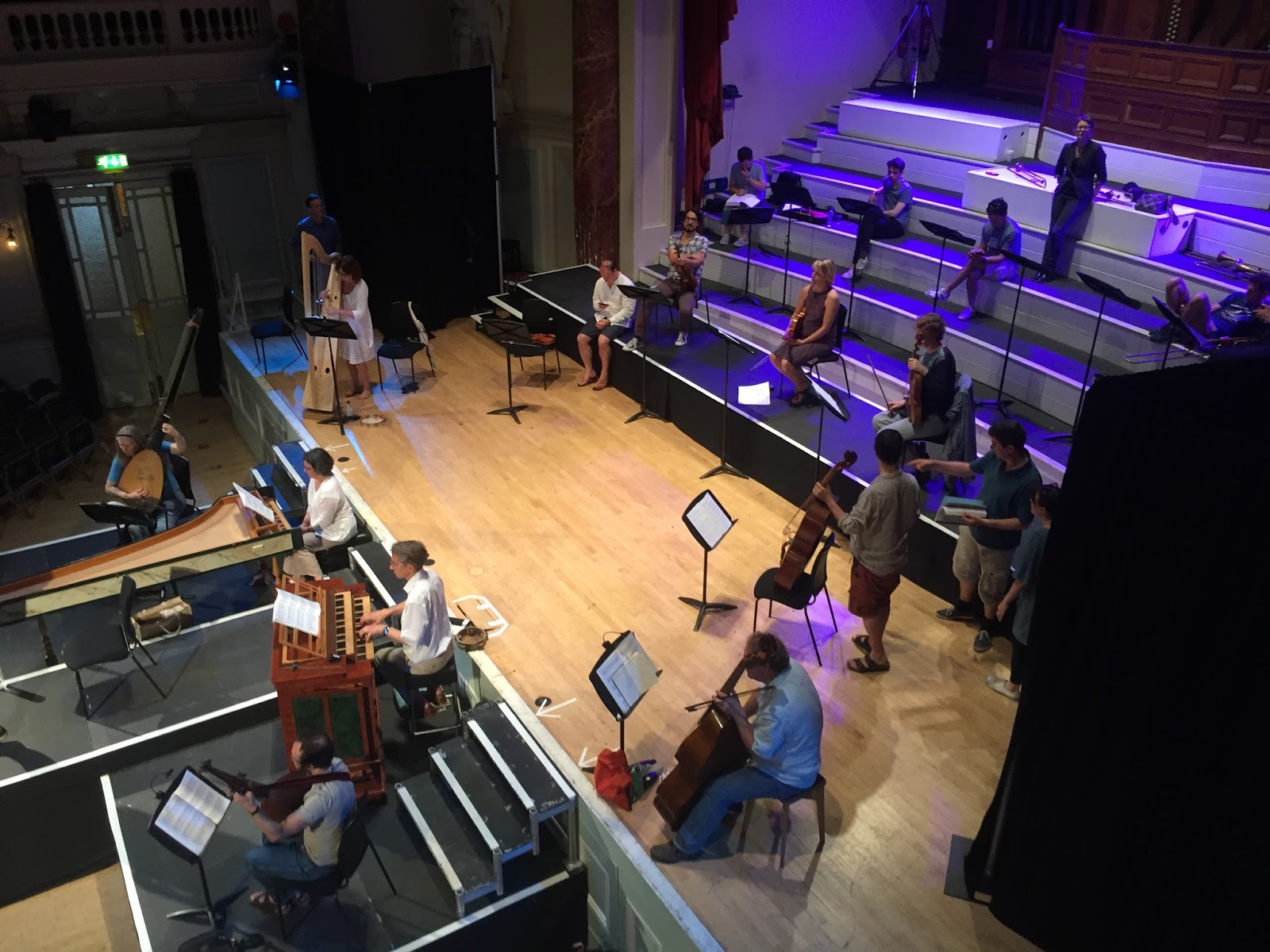