The group performed parts I, III, V and VI from Bach’s Christmas Oratorio without a conductor and the eight singers performed the whole concert from memory, in what a reviewer from the Guardian described as “unflaggingly engaging and direct”. A reviewer from the Times, Neil Fisher, awarded it 4 stars saying that “the performance did have an appealingly fresh dynamic from the very beginning, when the eight singers rose from their chairs without scores for the opening chorus of Jauchzet frohlocket! The drums rolled, the soloists beamed and everything just clicked.”

The orchestra played with great style and assurance and there were fantastically rhetorical moments from instrumentalists John Crockatt (lead violin) and Leo Duarte (oboe) in particular. John Crockatt also deserves an extra mention as he stood in to lead the violin section (and indeed the entire ensemble) after illness struck his colleague the day before the performance. Other memorable moments came during the beautiful Soprano and Bass duet (No.29) ‘Herr, dein Mitleid, dein Erbarmen’, sung by Zoë Brookshaw (née Brown) and Jonathan Sells. The chorales: ‘Zwar Ist Solche Herzensstube’ and ‘Ich Steh An Deiner Krippen Hier’ were beautifully executed. They were played and sung purely and with good interplay between the instrumentalists and vocalists. These simple chorales are exceptionally moving amid the complexity and inventive ingenuity of the other movements.

One of the most memorable moments I experienced while the trumpets were on-stage was in (No.9) ‘Ach mein herzliebes Jesulein’ which comes after the brilliantly-written aria for Bass and solo trumpet, ’Großer Herr, o starker König’. Then ‘Ach mein herzliebes Jesulein’ ends the first part with a stunning trumpet-section moment between each phrase of the chorale text. Each note clicked beautifully in place without the need for any force. The top two trumpets played high with delicacy and the bottom trumpet and timpani kept everything grounded and focused. The final phrase allowed us to glide onto a shapely, pure and resonant final chord - with immaculate tuning and fantastic resultant tones sounded in our ears. The trumpet section featured Russell Gilmour, William Russell, Gareth Hoddinott and timpanist Rosie Toll. 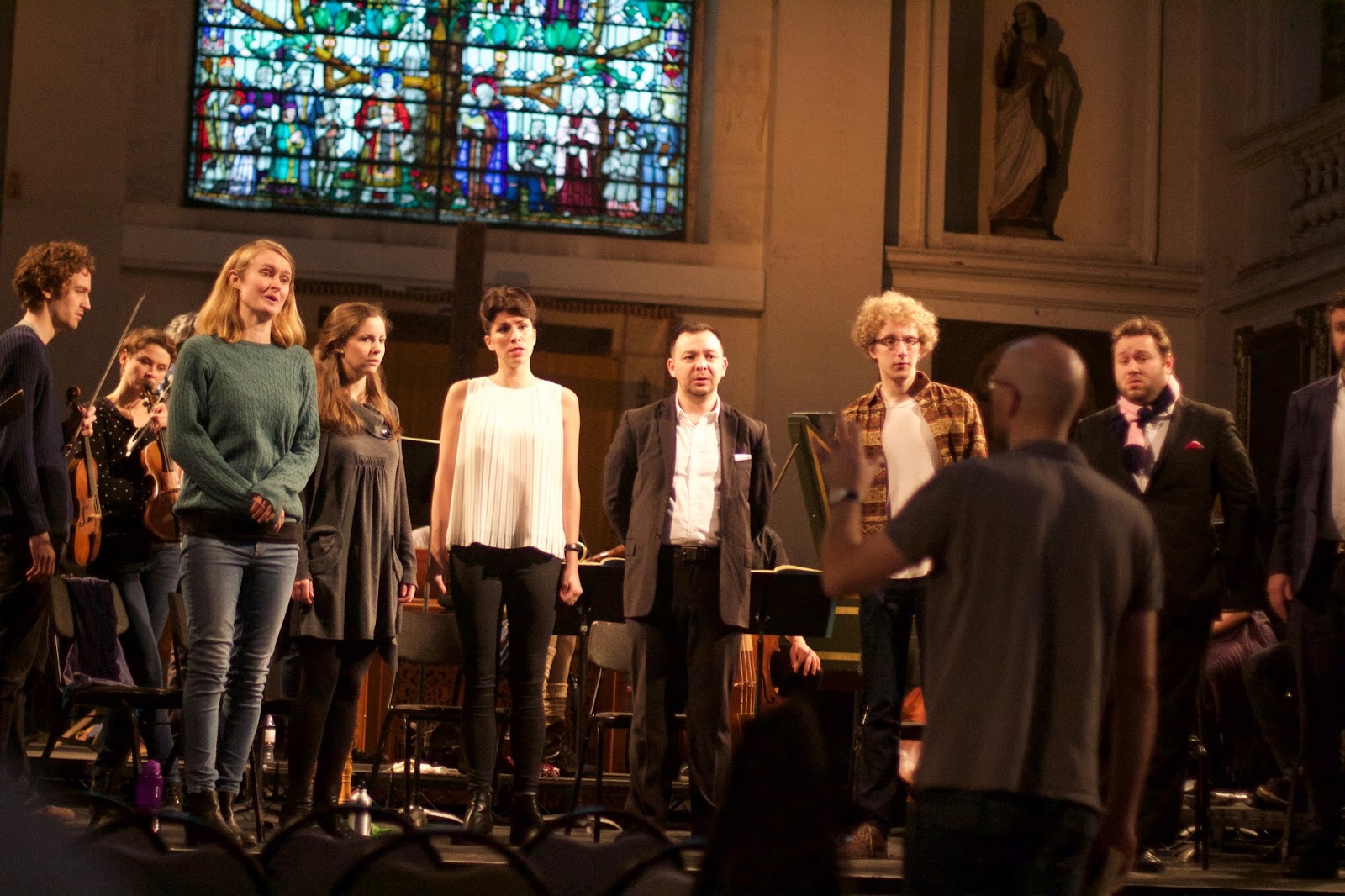 Speaking as a Bach-lover, I do miss hearing part II and IV of the Christmas Oratorio - even despite the longer running time that would result. Despite the fact that Bach’s performances of this music would have been delivered part by part on separate days over the Christmas period until epiphany, I feel the urge to hear the Oboe da Caccia and the Baroque Horns which I feel add a huge amount of interest and characteristic identity to any period-instrument performance of this work.

Part VI was a joy and it always goes by, in my estimation at least, in something of a blur as the excitement and brilliance of the final chorale ‘Nun Seid Ihr Wohl Gerochen’ beckons. It is always such a thrill to play this. It is in my opinion (and several other trumpeters agree) the most challenging (and immensely satisfying) Bach trumpet part there is.
The applause of the sold-out venue's audience continued until we were back in the dressing room, even after several bows, and people (both in the orchestra and audience) clearly had the tune of ‘Nun Seid Ihr Wohl Gerochen’ stuck in their heads as they left the venue.

The performance was well-received and the effect of the singers performing from memory was clearly appreciated by the audience.
I look forward to the next project with Solomon's Knot on Monday 21st December 2015 at St. John's Smith Square in London, with works by Schelle and Kuhnau and the Eb Magnificat by Bach.
Bach, Baroque, Concert, London, Natural Trumpet, The Section
Russell Gilmour