The Sage, Gateshead - B Minor Mass

Saturday, 21 Mar 2015, 23:00
I travelled to the Sage in Gateshead to take part in my first B Minor Mass of the year. I was playing second trumpet to Crispian Steele-Perkins, with George Parnaby on third trumpet. One of George's students, Adam Wood, was sitting in with the section in the rehearsal to experience what it is like to be in a natural trumpet section. He will be going to the Royal College of Music in September.

This was my first visit to Newcastle and Gateshead. I was suitably impressed with what little I saw of it on my walk from the main station to the Sage. With Newcastle Castle, many steps and a a swing bridge crossing the Tyne, there was no shortage of interest on the short walk.

Eric Cross led the Newcastle Bach Choir, with soloists Mhairi Lawson, Robin Blaze, Nick Mulroy and Johnny Herford. We performed in Hall One in the Sage. Meanwhile, nextdoor - the legendary Fanfare Ciocârlia were playing in Hall Two. Quite a contrast! I heard some of their rehearsal thanks to George's electronic backstage pass!

I was delighted to see that Clarence Adoo MBE attended our rehearsal. He also came to the concert. He is a trumpet player and he played with the Northern Sinfonia. As soon as I heard his name mentioned I realised that I knew the name from 'Clarence Adoo's World of Brass’ - a CD I had as a kid. I remember a recording of Jim Watson playing 'Share my Yoke’. It was great to see him there and both George and Crispian were chatting to him - Unfortunately I missed the opportunity to be introduced to him.

After the concert, I met my hosts for the evening: Douglas and Sarah. As we left the concert hall, we walked near an arched iron bridge, crossing the river Tyne. He asked if I could hear the bridge squeaking. I listen more intently and said that I thought that it sounded like Kittiwakes. He was suitably impressed, and I was suitably pleased with my recognition of it. Apparently the birds live in the abutment of the bridge, and it is the most inland nesting place for Kittiwakes in the British Isles. Trivia! We stayed in Douglas and Sarah's lovely house, which was a short drive out of the town. They were excellent hosts and very kind and interesting people. 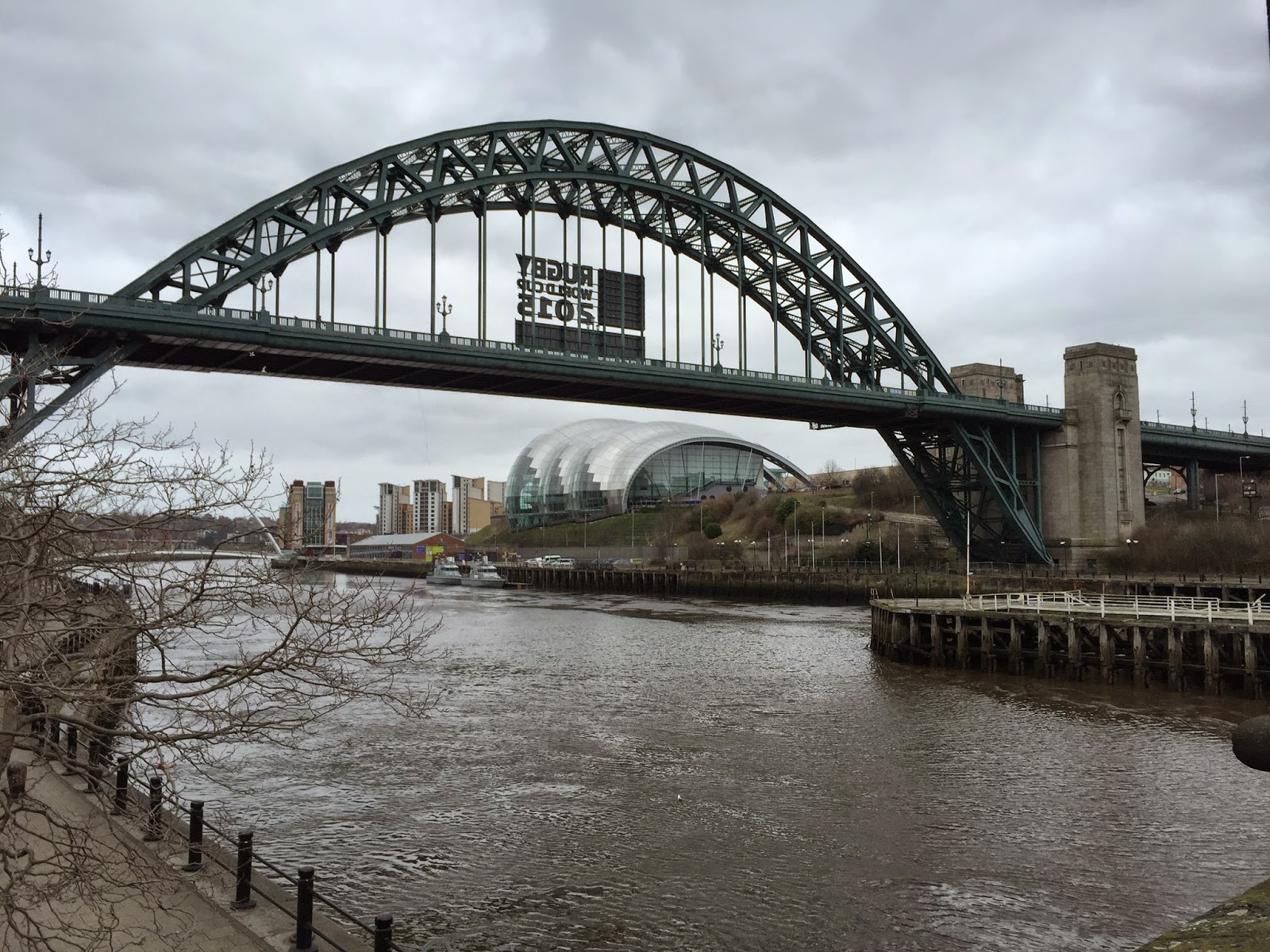