The initial idea had been to perform Handel’s Messiah in the 2016 concert, but unfortunately the Congresshalle had already recently hosted a performance of this work. With this knowledge, the choir had agreed to postpone their performance until 2017’s concert and they decided to present a different programme this year - featuring works by Bach and Vivaldi.

This year, the venue was the Congreßhalle rather than the Ludwigskirche. It was chosen so that the choir could easily capture a high-quality recording and take promotional photographs - in order for them to update their publicity materials and website. 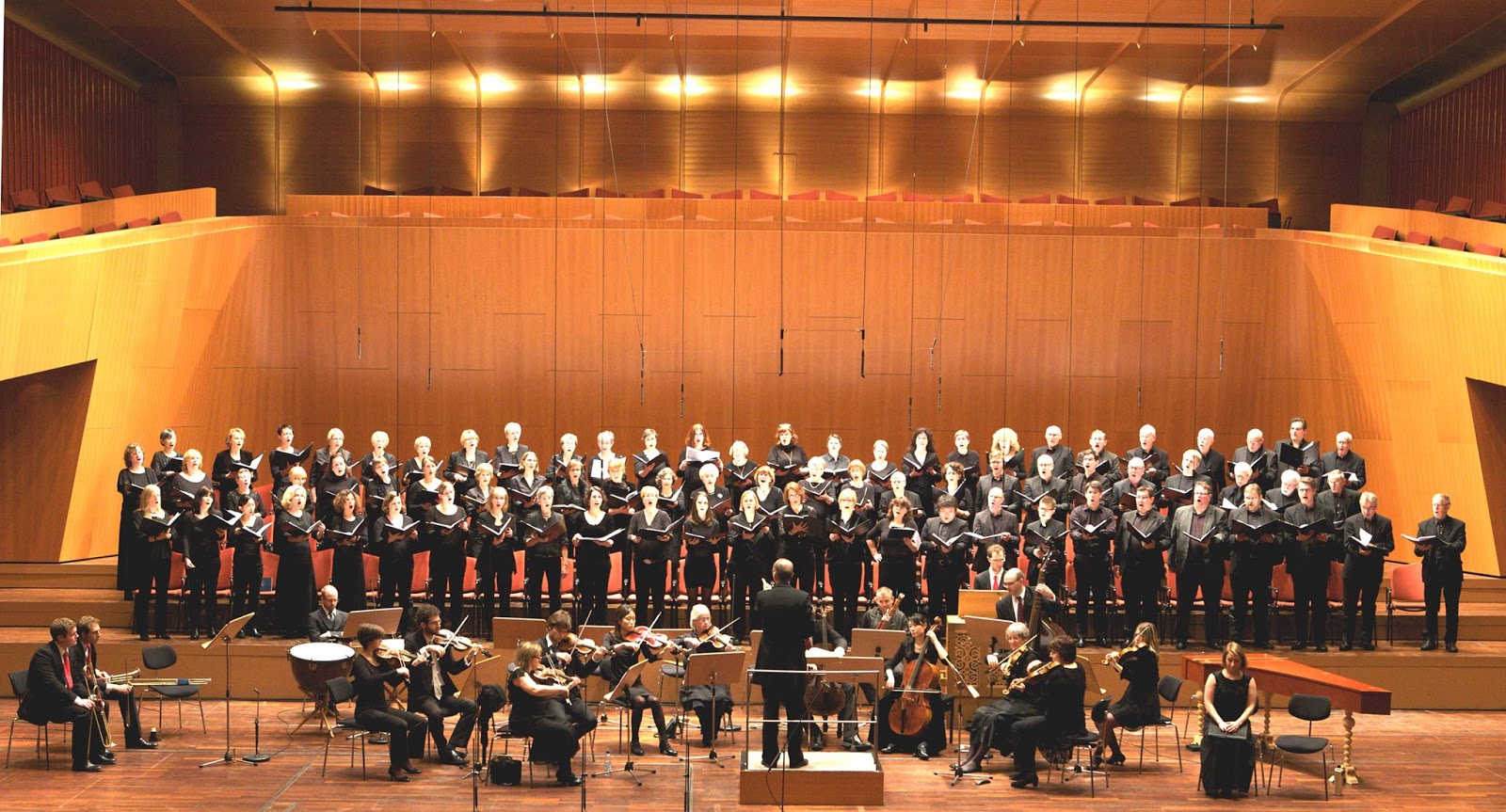 Georg Grün directed the orchestra, Le Concert Lorrain, and the Evangelische Chorgemeinschaft an der Saar. He is an excellent leader, a clear conductor and he is very pleasant to play for. The soloists for the concert this year were: Maria Valdmaa (Soprano), Saejeong Kim (Soprano), Margot Oitzinger (Alto), Markus Schäfer (Tenor) and Peter Kooij (Bass) with the Musical Director of Le Concert Lorrain, Stephan Schultz, performing Vivaldi's Cello Concerto RV422.

The trumpet section consisted of Russell Gilmour, William Russell and Hannah Bishop from the UK and timpanist, Simon Stierle from Luxembourg.

Myself and Will Russell featured in the first movement of the cantata “Wer mich liebet, der wird mein Wort halten” BWV 59, which is a notably beautiful example of Bach’s writing for trumpet - and one of the few instances that he wrote for just two trumpets and timpani. It is more commonly either one or three trumpets. The duet between Soprano and Bass is beautifully adorned with trumpets in C. The other pieces kept us occupied in the glorious key of D major, especially the Magnificat BWV 243- which is one of Bach’s most widely-known works. The formidable choir of the Evangelische Chorgemeinschaft an der Saar tackled this challenging work and made it sound clear and nimble, displaying their excellent musicality.

The concert attracted a large audience, almost filling the Congreßhalle in Saarbrücken - with an estimated 900 in attendance. It is always enjoyable to play Bach in Germany and it is great to perform some of Bach’s less-frequently visited works.

Happy new year to all - thanks and congratulations to all in Saarbrücken on another excellent concert - and thanks in particular to our good friend Hans, chairman of the choir, for very kindly picking us up from Luxembourg Airport.
Bach, Concert, Germany, Le Concert Lorrain, Natural Trumpet, The Section, Tour, Vivaldi
Russell Gilmour