Sunday, 10 Dec 2017, 15:00
Just as a distinctive smell can immediately remind you of a time, of a place, or of people in your life - so too can receiving a finished copy of a CD that you were involved with. Listening back is always an exciting, sensory-rich moment, one that gives an opportunity to reminisce about the process of capturing that recording. It gives the ability to remember the music after some time away from it and we, the performers, become third-party listeners for the first time. 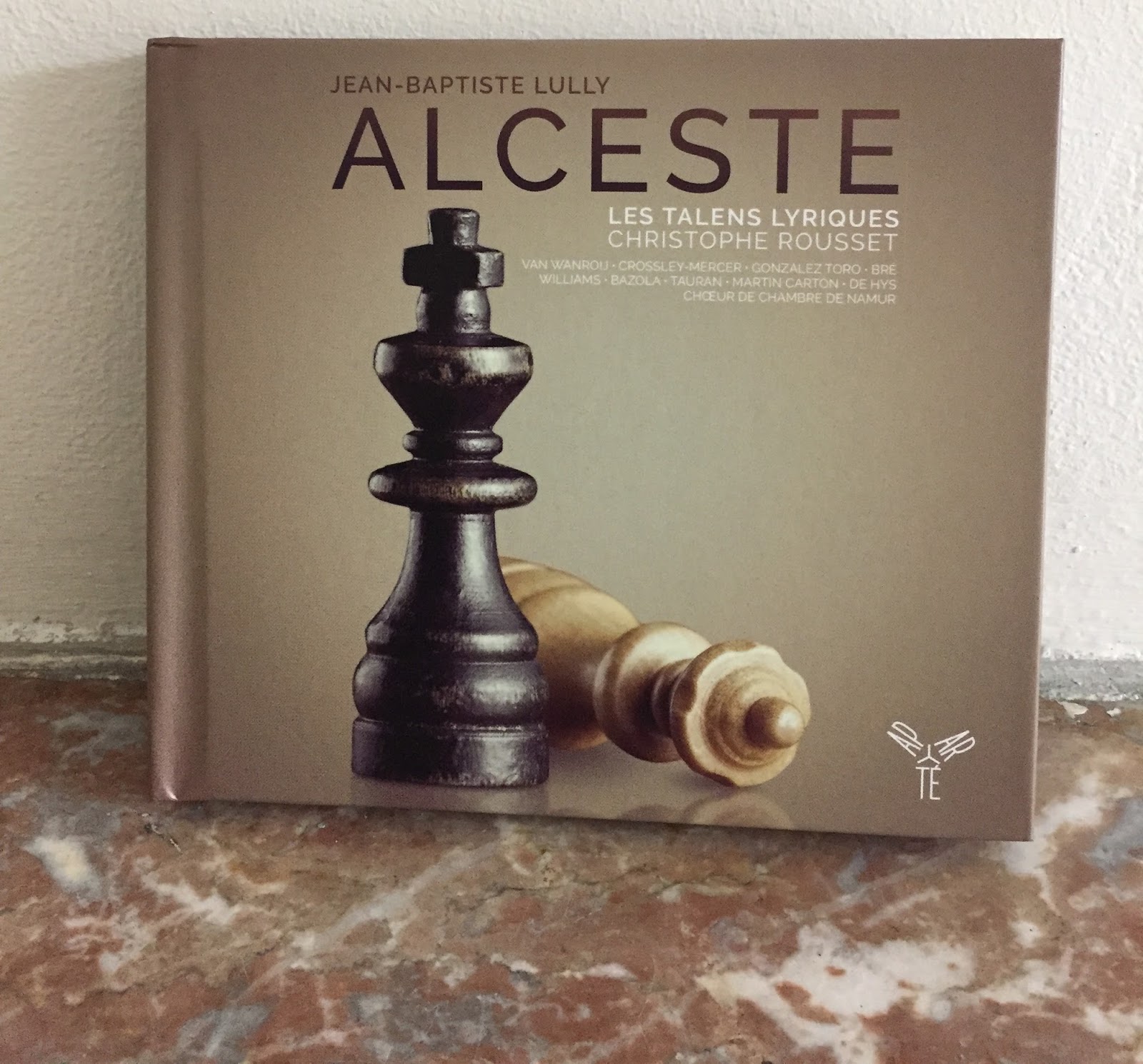 How brilliant then, that we were given our sealed copies of Les Talens Lyriques' Alceste CD shortly before going on stage at the resplendent Opéra Royal de Versailles for a live performance of the same work, on Saturday 10th of December 2017.

It was particularly apt that Les Talens Lyriques had returned to this opera six months after their initial performance in Beaune in July 2017. Indeed, I found out later (via the Early Music Review article by Brian Robins) that Lully's Alceste:

"...did have a contemporary performance at Versailles, some six months after its premiere at the Paris Opéra in January 1674."

As I flicked through the impressive CD inlay, I happily reminisced about recording the Alceste CD in Paris and performing it in Beaune. Equally, performing at the Opéra Royal de Versailles with Les Talens Lyriques brought back happy memories of performing Salieri’s Les Horaces here back in October 2016.

Versailles Opera - looking as beautiful as ever! @talenslyriques
A post shared by Russell Gilmour (@trumpetruss) on Dec 10, 2017 at 2:51am PST

Having the chance to perform Alceste again meant that we could have that same feeling of reminiscence you get when hearing a CD but with the luxury of hearing the music performed live. The excitement of listening to the CD (conveniently also available to download via Apple Music) would have to wait until my journey home!

The resulting performance of Alceste was infectiously joyous. In the interim since July, I had not forgotten about Christophe Rousset's mastery of directing this music. The prospect of hearing Les Talens Lyriques playing French Baroque music again was as appealing as ever. I found both to be even more impressive than I could remember from six months ago. An incredible group of musicians.

"Rousset and Les Talens Lyriques own this music to the very last detail, and the result was a performance of uncommon clarity and precision." 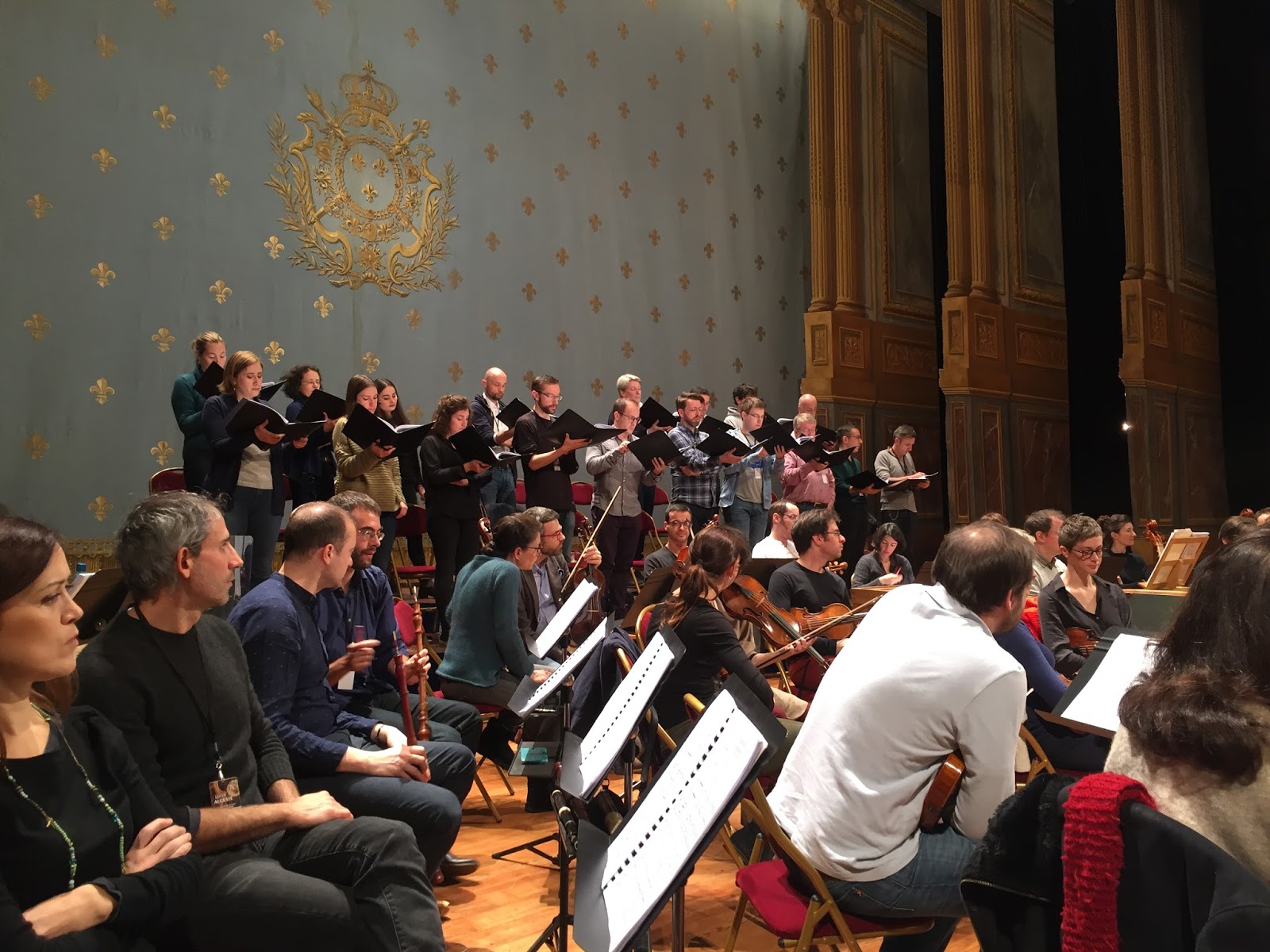 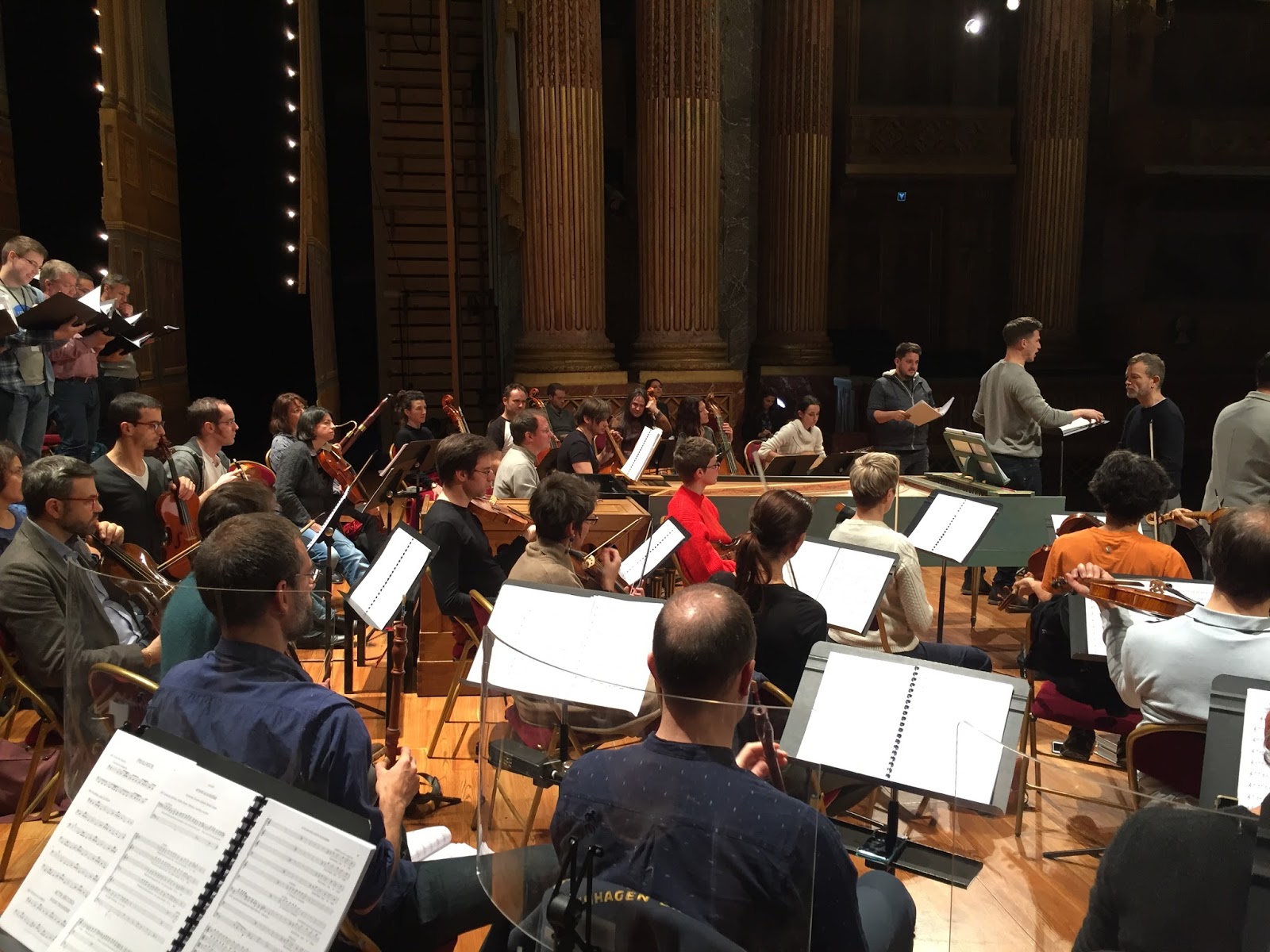 As I played from my annotated score (the same one I used last summer), I remember thinking that I should give that former version of myself a pat on the back for being so diligent in writing in useful cues and clues into the trumpet part. They were very helpful and I was able to really enjoy the performance without having too much to worry about. 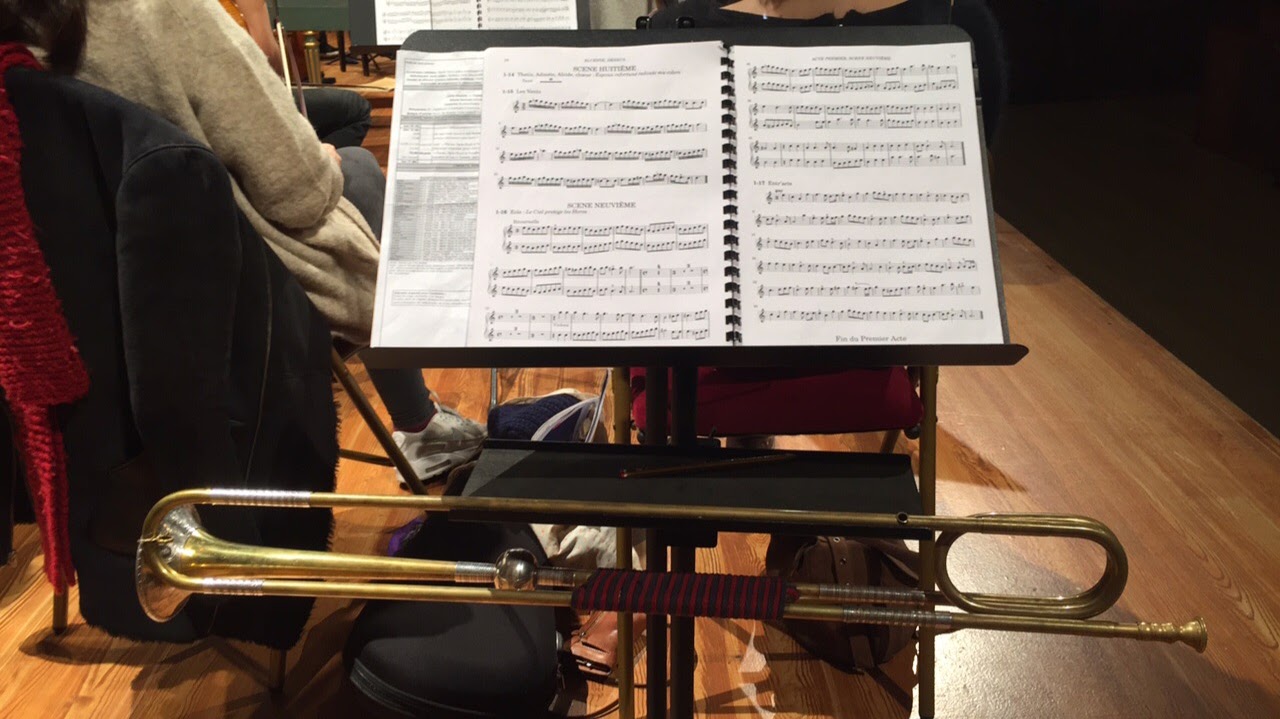 The trumpet entries in Alceste are fairly sparse and modest, the main difficulty lies in playing such a long, low trumpet (in C at A=392Hz). In Alceste, the trumpet plays in the Prologue and Second Act, meaning that my involvement was complete by the interval. I was therefore not at all expecting to be mentioned in any review. Imagine my surprise and delight when I read:

It has been a pleasure to be involved in this incredible project; working with Les Talens Lyriques is very rewarding.

"Rousset’s performance maintained the extraordinarily high quality of his previous Lully opera readings. Indeed, given that he here had a cast as near flawless as one has a right to expect the impact created will remain long in the mind."

I had spent the week preceding this performance in Amsterdam, playing Telemann with the Orchestra of the Eighteenth Century, so I had arrived in Paris on the Thalys as opposed to the more familiar route from London on the Eurostar. I had been very fortunate that the two projects had dovetailed without conflict; the Saturday matinee at the Concertgebouw in Amsterdam allowed more than enough time to get to Versailles for Les Talens Lyriques' Sunday morning rehearsal and Sunday matinee performance of Alceste.
Baroque, Concert, France, Les Talens Lyriques, Natural Trumpet, Opera, Tour, Touring
Russell Gilmour