Saturday, 2 May 2015, 16:00
One of the more interesting and wonderfully eccentric gigs so far this year took place on Saturday 2nd May 2015 in a treehouse in a field in Sussex, near Swallows Oast which is near Ticehurst. I played the modern Bb trumpet with Will Morley (Trumpet) and Barney Medland (Bass Trombone). We gave the Première of a piece entitled ‘Percius Cluster' written by Alexis Bennett, which had been specially composed for the opening of a "Galactic Timeline” sculpture in the field.
Dr. Robin Stott had initiated the idea of creating such a timeline in this field. The timeline consisted of fourteen equidistant wooden posts that had been positioned on a North to South line in the field. Each post had been adorned with a specially-made sculpture signifying the important scientific features of the age.

Alexis Bennett based his composition on the discovery, by the astrologist Dr. Andrew Fabian, that the the 'Perseus Cluster black hole’ (which is 250 million light years from earth) creates a sound of Bb. This is 57 octaves (a very very very compound major second) below middle C. Thankfully, Alexis' piece had been transposed into the range of human hearing! Thought it was designed to feature the Bb. We performed this new piece once from an impressive treehouse at the North end of the field and once again from the ground, next to the timeline.

The guests enjoyed an interesting guided tour of the timeline co-hosted by the sculptor (pictured below) and Dr. Robin Stott (Alexis' father-in-law). This talk explained the main features of the timeline and the significance of each sculpture.

Many thanks to Alexis Bennett for asking me to play and for writing the piece. 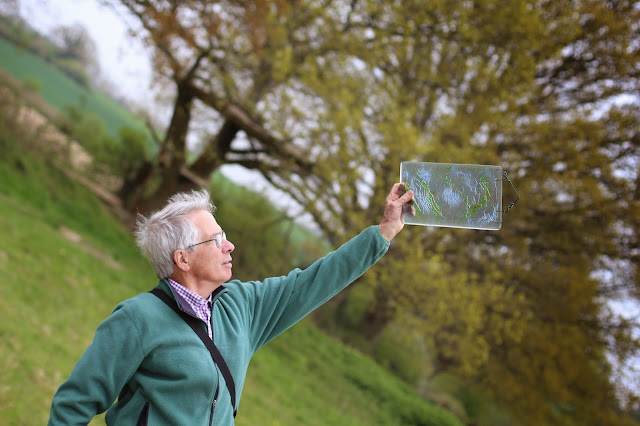 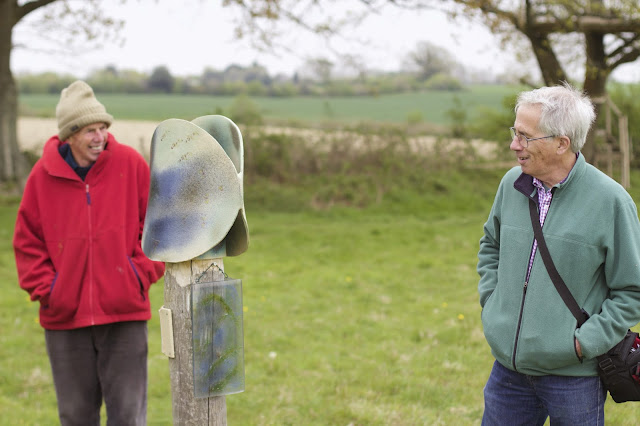