Saturday, 6 Nov 2021, 21:00
The Aurora Orchestra’s performance of Beethoven’s 7th Symphony was socially distanced and performed without an audience at the 2020 BBC Proms, so it was with great pleasure that we were able to revisit this symphony, to perform it (again from memory) to capacity audiences in Nottinghamshire, London, and Suffolk.

The first three performances – at the Royal Concert Hall in Nottingham (Wednesday 3rd November 2021), the Queen Elizabeth Hall in London (Thursday 4th November 2021), and at Snape Maltings in Suffolk (Saturday 6th November 2021) – featured the wonderful soloist Nicola Benedetti. She opened the programme with Mendelssohn’s Violin Concerto in E minor (Op. 64) of 1845. She played with absolute class and it was a pleasure to hear her very fine playing. I presume she was playing on her Stradivarius violin, known as the Gariel Stradivarius. Nicola Benedetti received the Instrumentalist Award at the Royal Philharmonic Society Awards earlier this week. She is a brilliant advocate for classical music and music education. 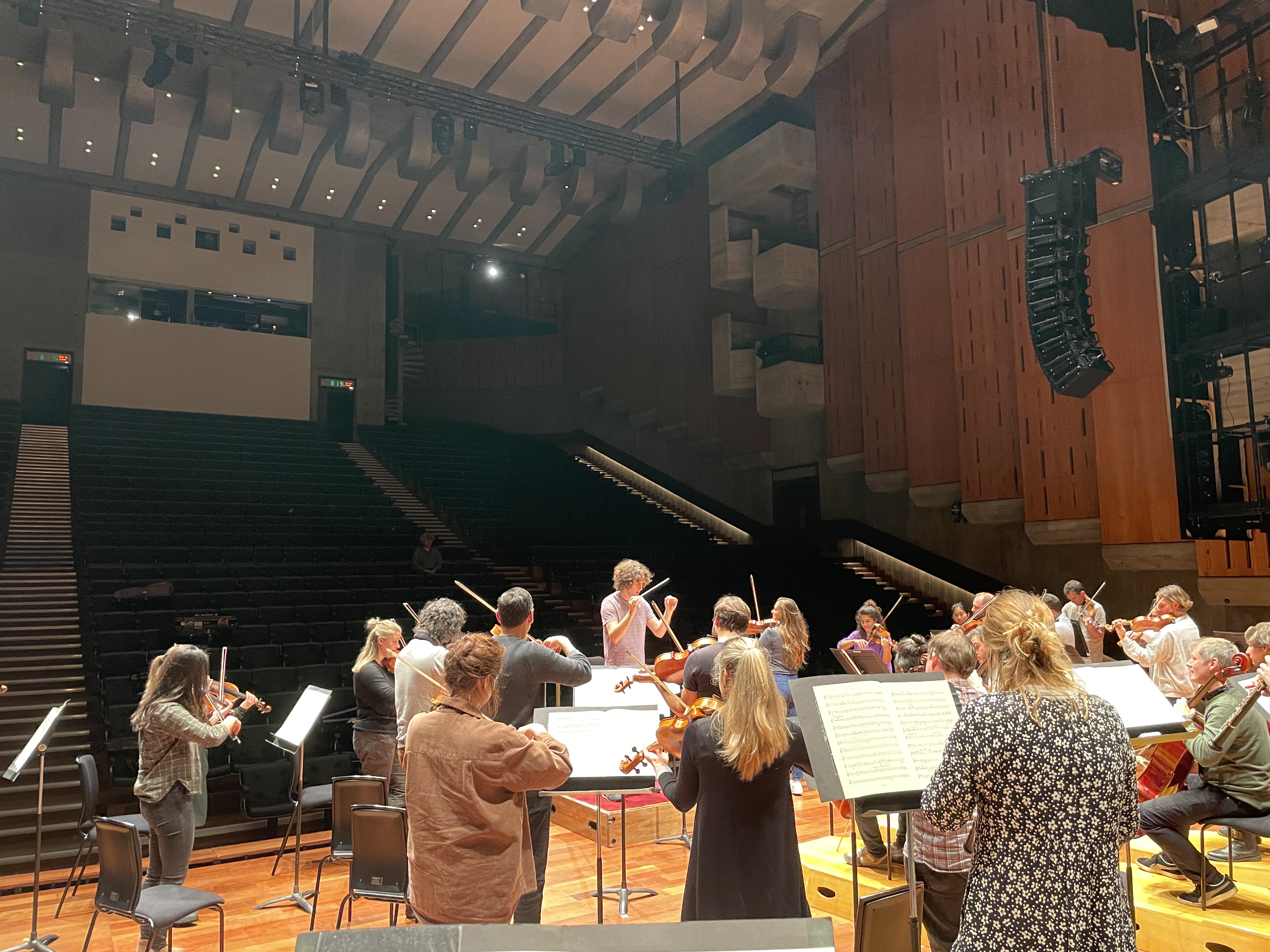 The performances in Nottingham and London included the Aurora Orchestra’s signature ‘presentation’ of the work. The orchestra demonstrated highlights from the symphony to a narration by presenter Tom Service and conductor Nicholas Collon. The presentation had been adapted from the version that we performed at the BBC Proms in 2020 in order to accommodate some audience participation. Of course the audience had been absent from the vast majority of the Proms in 2020. On this occasion the audience was invited to tap some of the rhythms from this very rhythmic symphony on their knees, which was punningly described as playing the ‘timpan-knee’.
I played first trumpet, with Simon Cox on second, Sam Kinrade bumping and Matthew Hardy on timpani. This really is an unbelievable orchestra, and it is such a privilege and pleasure to be part of it.

It was great to revisit this symphony from memory, and it was considerably less work to revise it than to learn it from scratch. I had also played Beethoven’s 7th (and 8th) recently with Les Talens Lyriques in Lessay, Paris and Bonn so it was relatively fresh in my mind. That had been a good chance to revise, though nothing really prepares you for the feeling of going ‘cold turkey’ without the music on the stand in front of you. Though I had the benefit of the Prom 2020, there was still a small percentage of lingering doubt in my mind about what came next in this music – I suppose this helped to make the performances feel exhilarating and exciting. I think a small amount of doubt is healthy when you are playing an instrument as audible as the trumpet.

Speaking of exhilarating and exciting, the final two performances took place at the Printworks in Rotherhithe in London, where newspapers including the Daily Mail and the Evening Standard were formerly printed; it is now a nightclub – which became the Aurora Orchestra’s concert venue. But more about that in the next post.
Aurora Orchestra, Beethoven, Natural Trumpet
Russell Gilmour