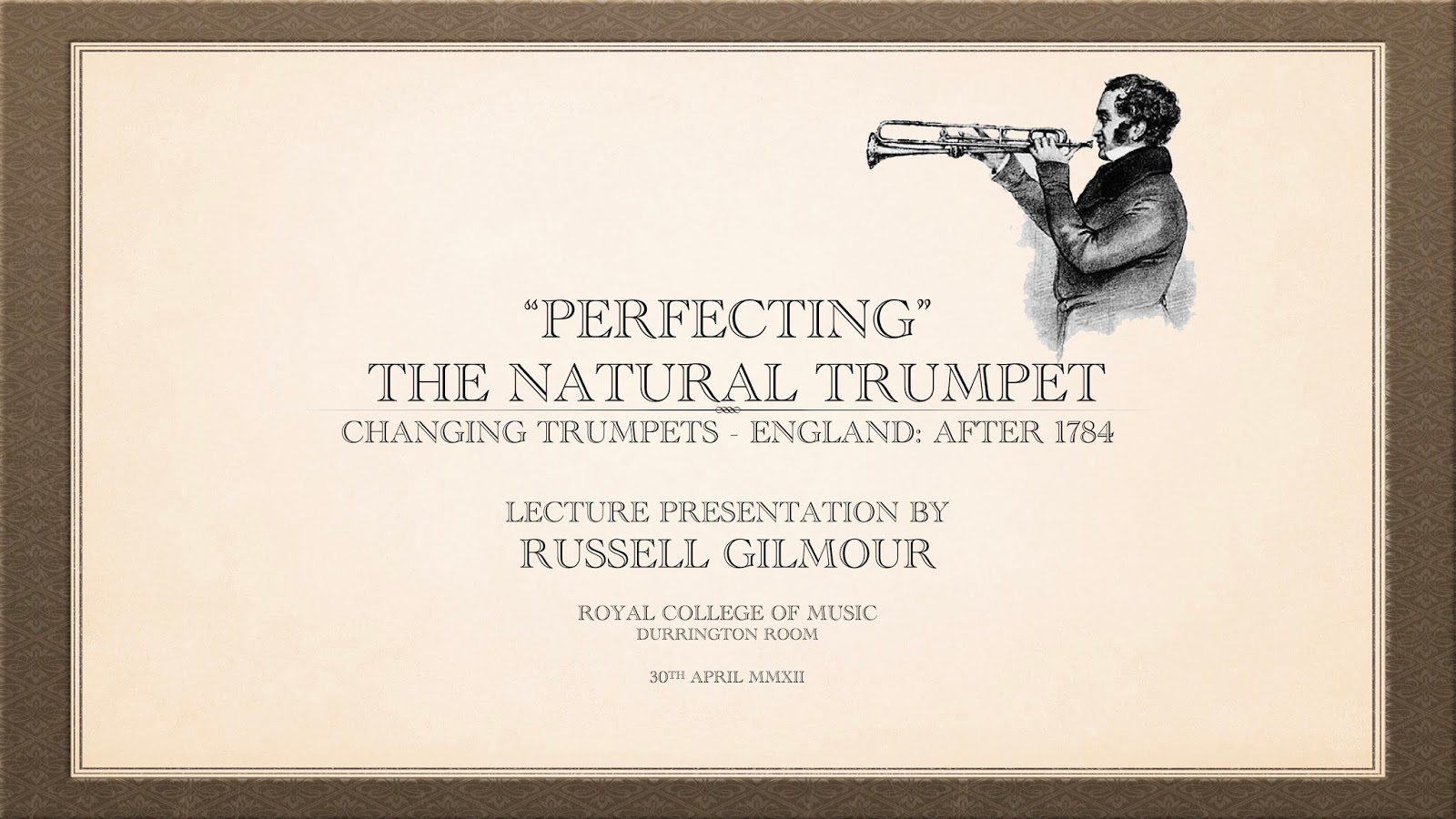 This twenty-five minute lecture presentation will focus on Thomas Harper Senior (1786-1853) and Thomas Harper Junior (1816-1898) and other leading exponents of the English Slide Trumpet. The Harpers had a great influence on the British trumpet school throughout the whole of the 19th Century as professors at both the Royal Academy and later, the Royal College of Music. Harper Junior was described in his obituary in 1898 as the “facile princeps of orchestral trumpet players”. Their performances became legendary and people would travel great distances to hear them play Handel’s music on the English Slide Trumpet - which Crispian Steele-Perkins has accurately reffered to as “the perfected Natural Trumpet”.

The Harpers brought the English Slide Trumpet into popularity around the same time as the valve was introduced, which acted as a delay to the inevitable shortening of the trumpet. They seem to have been opposed to using shorter trumpets as they preferred the noble sound of the natural trumpet. They improved the natural trumpet by using a slide and a clock spring return mechanism for it, which allowed tuning adjustments to be made with ease, without having to distort the embouchure and airflow - and crucially; without halving the length of the instrument (like the Cornet à pistons).
| English Slide Trumpet, Natural Trumpet
Archive...