Celebration for the Descendants of Thomas Marks at St. Martin-in-the-Fields

I performed the Last Post and The Rouse in a morning service on Saturday 20th of June, at St. Martin-in-the-Fields in London.

The service was entitled 'A Celebration for the Descendants of Thomas Marks of London [1780-1836]'. Several of his descendants had researched the Marks family history and they had organised a gathering of all of the descendants in this central London location. People had traveled here, specially for this service, from nearly all the continents of the world (except South America and Antarctica). 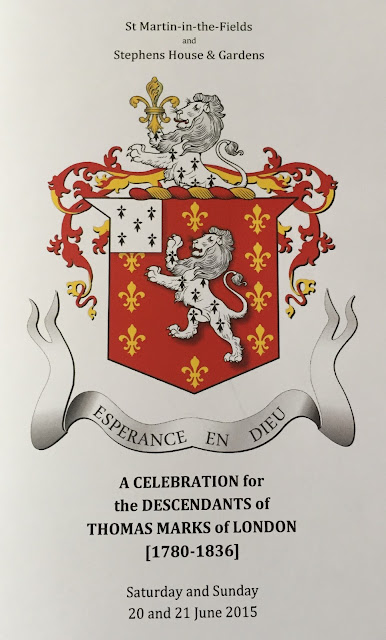 The service included performances of several Hymns and Anthems. The Anthems: My soul, there is a country (from Songs of Farewell) by Parry and The Great Amen (from Prayers and Dances of Praise from Africa) by Peter Klatzow were sung by the choir, St. Martins Voices, directed by Tom Williams. I was involved in the other Anthem: Lord, Thou hast been our Refuge by Vaughan-Williams. Richard Moore, a good friend and colleague from my Royal College of Music studies, was playing the fantastic organ at St. Martin-in-the-Fields. 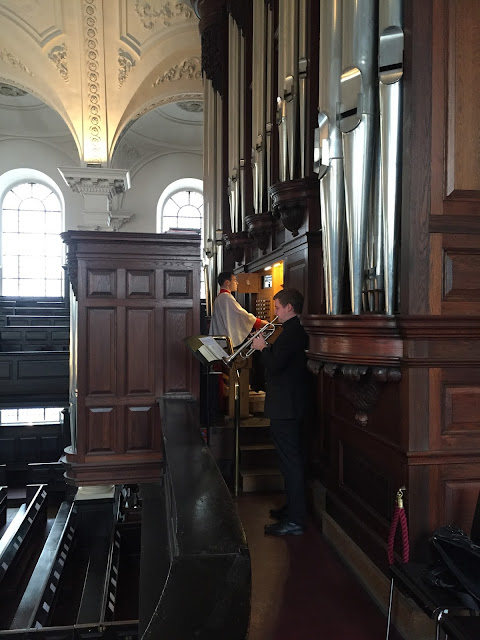 Candles were lit in memoriam to those in the family who had died 'For King and Country' and a ceramic poppy from the installation at the Tower of London was placed in front of the altar. I then played the Last Post and, after a minute of silence, The Rouse.

The service finished with the hymn, O God, Our Help in Ages Past, with trumpet doubling the voices at the end. 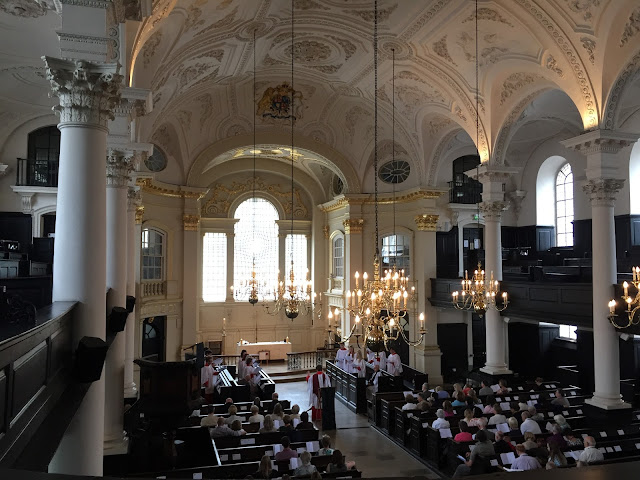 It was pleasing to see this kind of service taking place at the location that had been so significant to these descendants' ancestor: Thomas Marks.