Monday, 21 Aug 2017, 17:00
On Monday 21st of August 2017, I played first trumpet with the Brandenburg Baroque Soloists for a workshopped performance of Bach’s Magnificat in D Major (BWV 243). The performance was the culmination of a residential choral course for young singers at the stunning venue of Wellington College in Crowthorne, Berkshire and the group was directed by Ralph Allwood MBE. 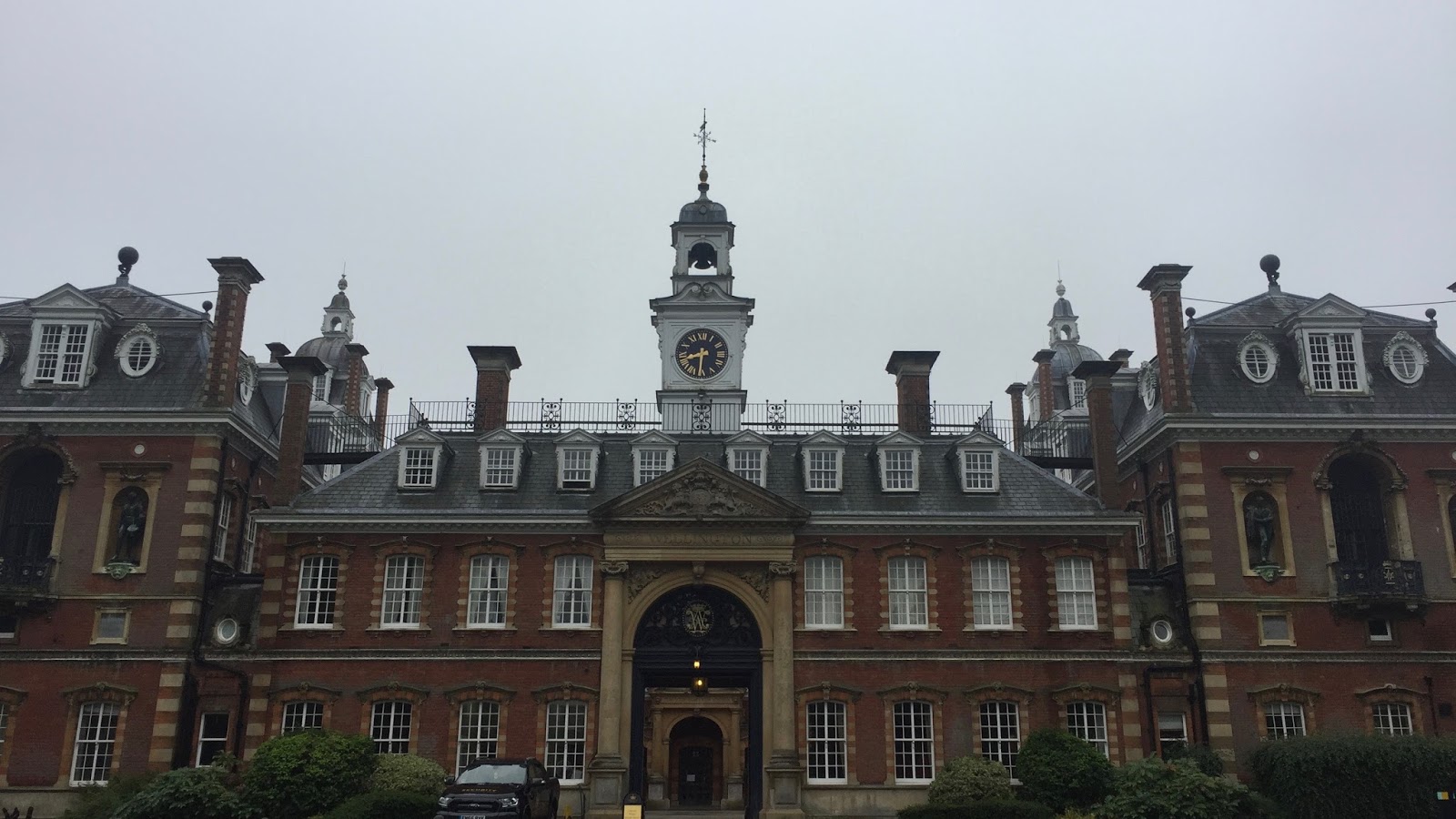 The choir took on the momentous challenge of singing the Magnificat and were absolutely brilliant. Ralph Allwood encouraged the young choir throughout the rehearsal and really managed to draw the best out of them - the resulting performance was exciting and animated. His dedication to creating continuity between the movements and his tendency to avoid a rallentando at the end of each movement (which I always support) made for an exciting and flowing rendition of the Magnificat. 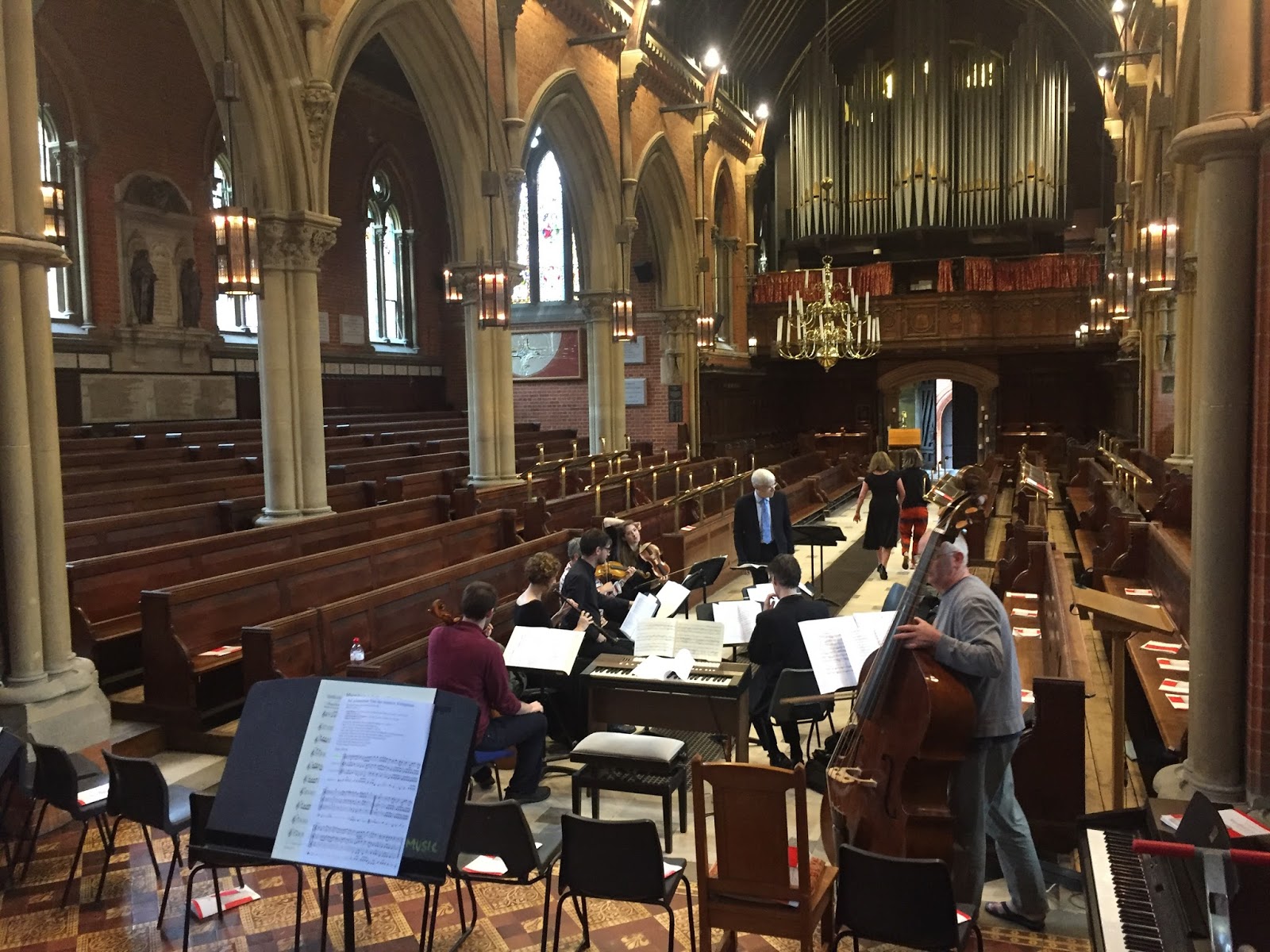 During the planning stage, I had been asked to suggest a piece to showcase the sound of the natural trumpet section to the choral course students. I suggested the appendix (Marche) of Bach’s Cantata BWV 207a - Auf, schmetternde Töne der muntern Trompeten (Rise blaring sounds of lively trumpets). This cantata was originally performed on 3rd of August 1735 for the name day of the Elector of Saxony and King of Poland. Dürr states that “It was probably for this version [BWV 207a, as opposed to BWV 207] of the cantata that Bach added the March, which was evidently performed by a considerable body of players. It does not really belong to the cantata, however, but was presumably used as processional music, as in the contemporary account of the performance of Cantata BWV 215.”

In reference to BWV 215, Dürr states that we are “exceptionally well-informed about the external circumstances that led to the composition and performance of this cantata…”. He goes on to detail that “Augustus III, Elector of Saxony and King of Poland, evidently took Saxony by surprise in announcing that he and his consort would visit Leipzig between 2 and 6 October 1734. Since 5 October was the anniversary of his election as King of Poland, the students of Leipzig University decided to present a serenade to him that evening, accompanied by a torchlight procession. The libretto was written by the Leipzig schoolmaster Johann Christoph Clauder and the music composed by Bach, a task that he may have had to accomplish within little more than three days. A graphic picture of the event is given by the Leipzig town chronicler Salomon Riemer:”

‘At about 9 o’clock in the evening, the students here presented to their Majesties a most humble evening serenade with trumpets and drums, which had been composed by Mr. Capellmeister Johann Sebastian Bach, Cantor at St Thomas’s, at which six hundred students carried wax torches and four counts acted as marshals in leading the musicians. The procession went from the notice-board along Ritter Street, Brühl, and Catherine Street to the King’s lodgings. When the music had reached the weigh-house, trumpets and drums ascended it, as did then a similar chorus from the town hall. When the printed libretto was presented, the four counts were allowed to kiss the royal hand, and afterwards HIs Royal Majesty, together with his Royal Consort and the Royal Princes, did not leave the window as long as the music lasted but most graciously listened to it, and Their Majesties were heartily well pleased.’”

Gottfried Reiche, a Stadtpfeifer and Bach’s first trumpeter, died after the procession. The cause of his death was a stroke “which is said to have been caused by the exertion of blowing, together with the smoke from the torches, during the ‘Royal Musique’.”
We opened the concert with BWV 207a before performing Bach’s Magnificat in D Major (BWV 243). It was a real thrill to play the march movement. I have known it for years but I have never actually performed it before. It is clearly stately and regal. I thought it was a brilliant way to show the function of the trumpets and timpani within a orchestral context. Continuo, OVPP string section, two oboes and two flutes played with the three trumpets and timpani in this resplendent march. The performance began with two bars of improvised timpani solo, played by the legendary timpanist, Tristan Fry.
Bach, Brandenburg Baroque Soloists, Concert, Leipzig, Natural Trumpet
Russell Gilmour