Sunday, 10 Nov 2019, 11:31
I performed the Last Post and Rouse in the Eucharist for Remembrance Sunday at St. Martin-in-the-Fields on the morning of Sunday 10th November 2019.

I also played Malcolm Archer's 'In War, Resolution' (2010) and Ralph Vaughan Williams' motet 'Lord, Thou hast been our refuge' (1921) with the Choir of St. Martin-in-the-Fields, directed by Tom Williams and accompanied by Andrew Earis on the organ. 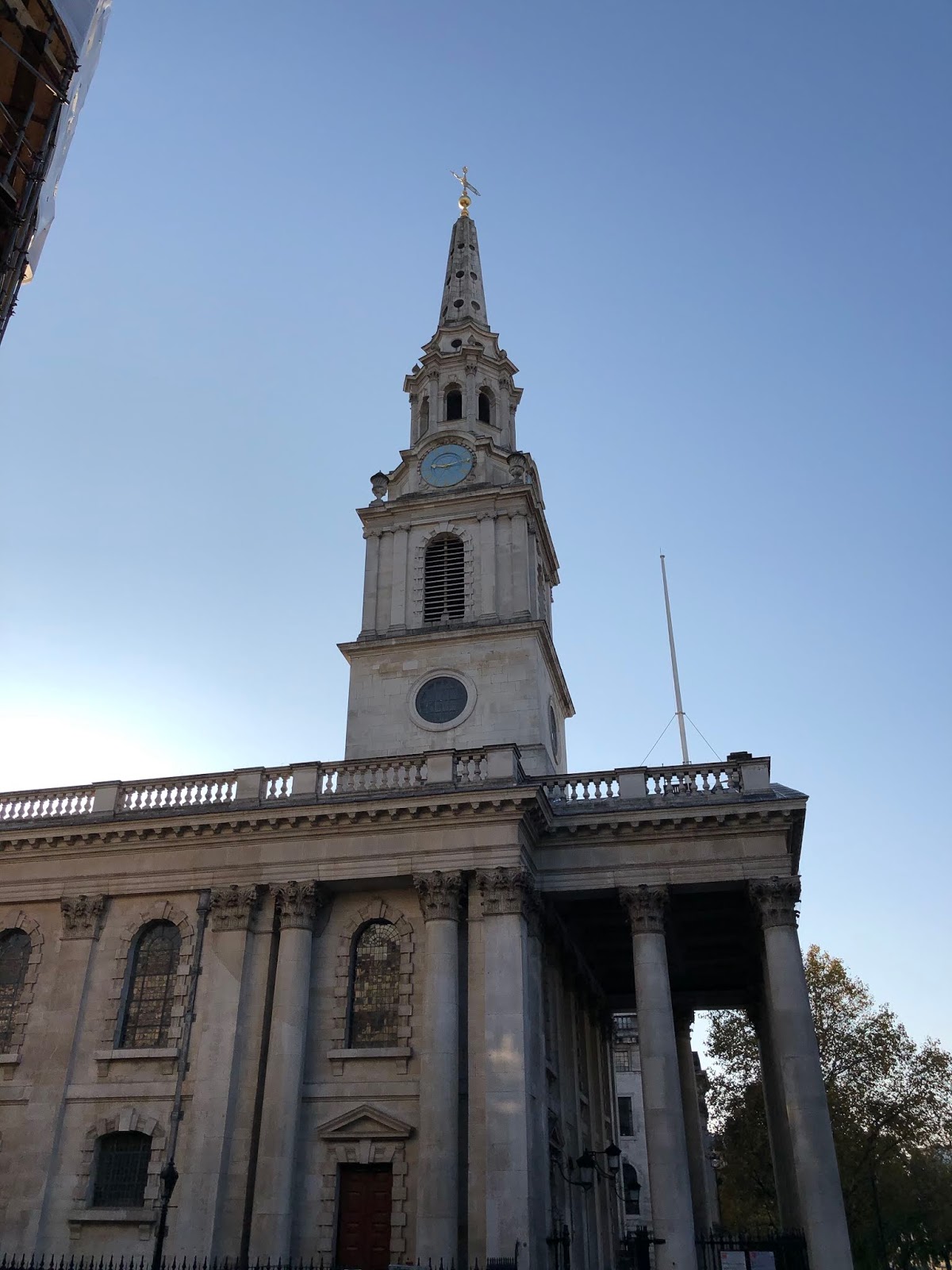 I had performed works by Bach, Purcell and Handel under Andrew's direction on Friday evening, so it was great to be back at St. Martin-in-the-Fields so soon.

The service began with 'For the fallen', by Douglas Guest set to the words of Robert Laurence Binyon's words: 'They shall not grow old as we that are left grow old: age shall not weary them, nor the years condemn. At the going down of the sun and in the morning, we will remember them.' The service also featured the hymns 'Eternal Father, strong to save', 'Lead, kindly light, amid the encircling gloom', 'There's a wideness in God's mercy', 'In our day of thanksgiving one psalm let us offer' and 'Jerusalem the golden'. The choir performed Jeffrey-Grey's 'I know that my Redeemer lives', Byrd's 'Kyrie eleison', a mass setting by Allcoat, Duruflé's 'Tantum ergo' and Andrew Earis played George Thalben-Ball's Elegy to end the service.

It was great to perform an official Last Post this year. I performed a digital Last Post last year to send to the members of the Orchestra of the Age of Enlightenment Toyota Classics Tour players. I recorded a natural trumpet version in my hotel room in Kuala Lumpur in Malaysia at 10:55am to send to our tour group on the hour. This marked a century since the armistice of the First World War.
Modern Trumpet, St. Martin-in-the-Fields
Russell Gilmour