Saturday, 18 Aug 2018, 18:30
The historic Church of St Mary and All Saints in Fotheringhay, Northamptonshire was the venue for Fiori Musicali’s concert on Saturday 18th of August 2018. The performance celebrating the Feast of the Assumption featured music by Bach, Marcello, Vivaldi and Zelenka. 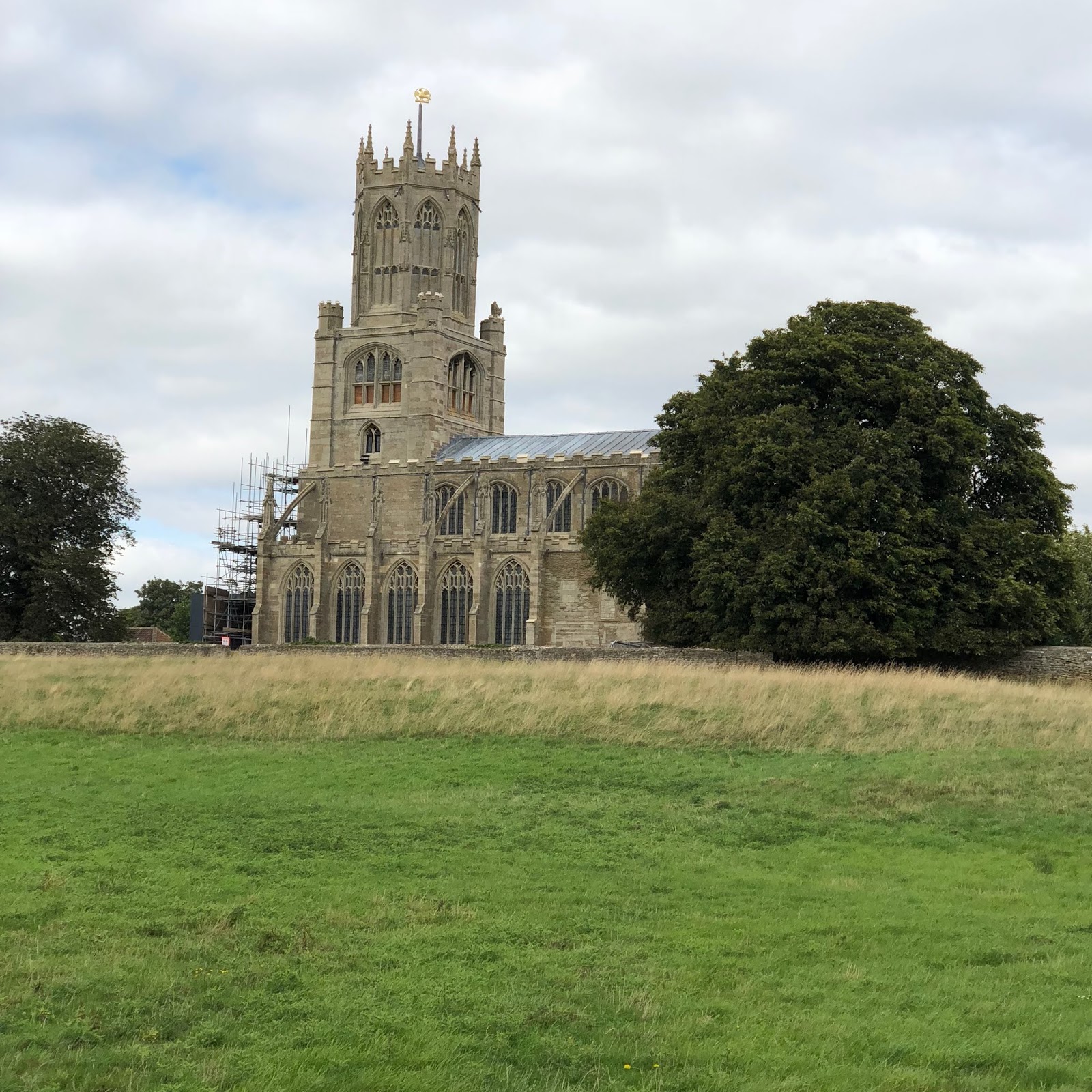 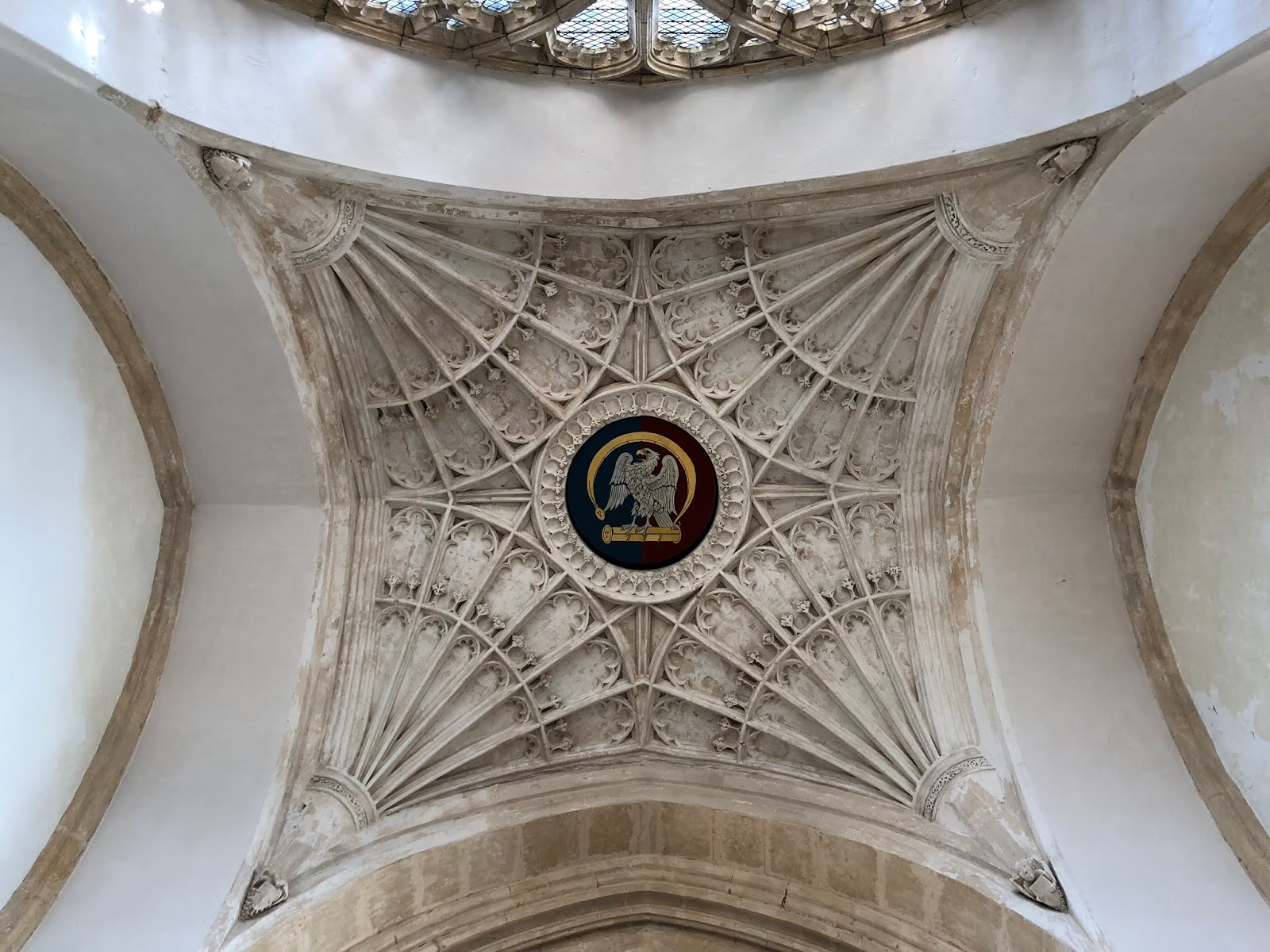 The church (currently undergoing some restoration work) at Fotheringhay is close to the remains of Fotheringhay Castle which was once an impressive fortress by the River Nene. Now the site of the castle is little more than a grassy mound. It was at Fotheringhay Castle that Richard III (incidentally, the last British monarch to be killed in battle) was born in 1452, and where Mary Queen of Scots was executed for treason in 1587 on the orders of her cousin Queen Elizabeth I.

The concert began with a stunning rendition of Alessandro Marcello’s Oboe Concerto in D Minor (c.1716) played by the oboe soloist Gail Hennessy. (Photograph from the rehearsal). 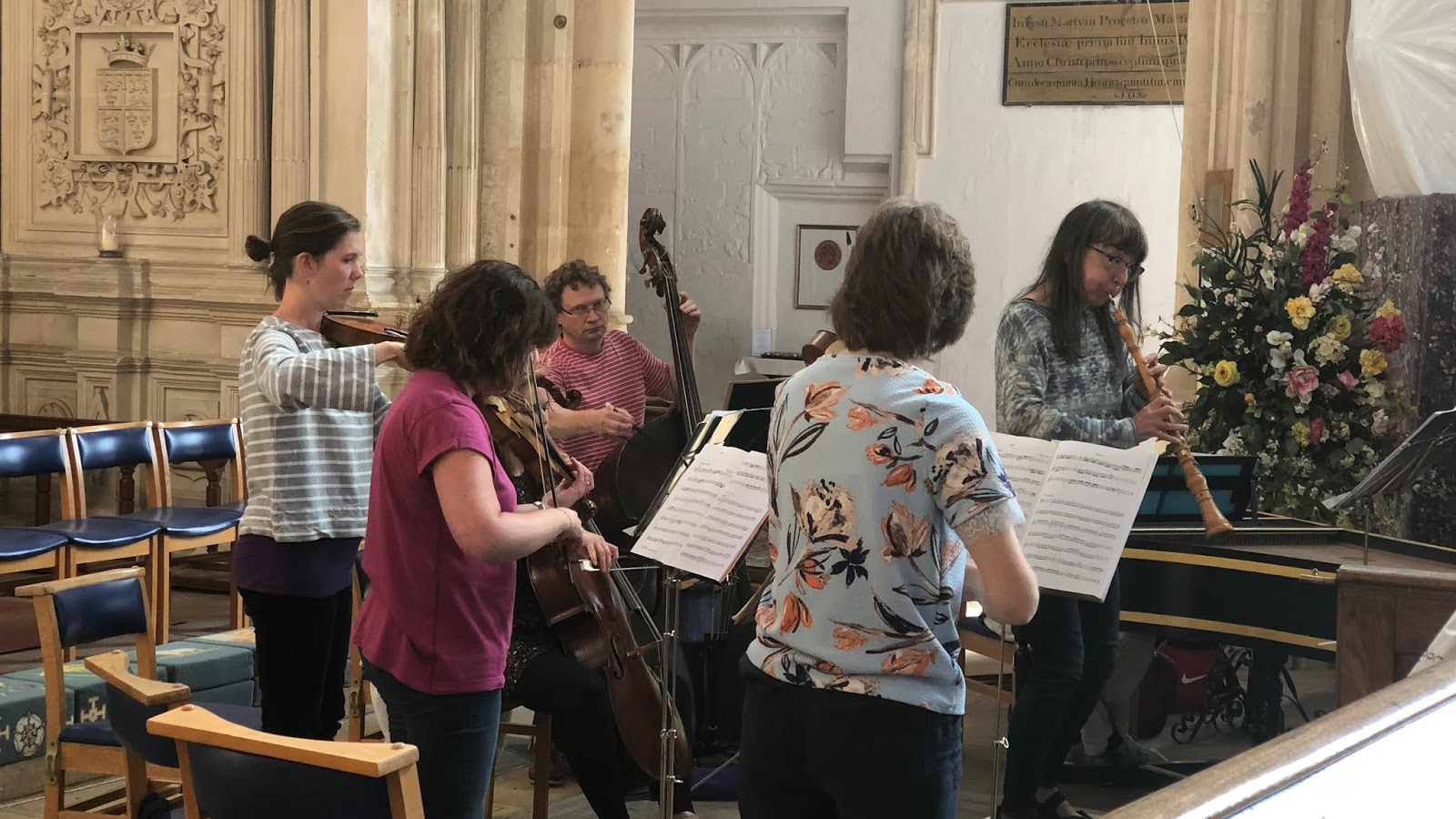 The second piece of the concert was Bach’s motet: Komm, Jesu, komm (BWV 229), with vocal parts doubled by the string players. This showcased the excellent choir of Fiori Musicali. To end the first half, the brilliant soprano soloist Grace Davidson sang Bach’s Jauchzett Gott in allen Landen (BWV 51) with Russell Gilmour playing the obbligato natural trumpet part. It was a most enjoyable performance and Grace Davidson was musically and vocally impressive.
The Angel’s aria from Sub olea pacis et palma virtutis (ZWV 175) by Zelenka was the first piece after the interval. The conductor, Penelope Rapson, had been giving an informative address before each piece in the programme. She described this piece as a truly baroque piece - in the original sense - as the word originally derived from the Portuguese word barroco meaning misshapen pearl. This piece was indeed beautifully bizarre at times. Grace Davidson’s voice and Gail Hennessy’s oboe playing intertwined magnificently.
The final piece in the programme was Antonio Vivaldi’s Gloria (RV 588), though not his most most famous setting (RV 589). This, the ‘other’ Gloria, is at times similar and at other times totally different. This Gloria required the full ensemble including: choir, orchestra, trumpet, oboe and soprano. The opening movement of the Gloria dovetails with the end of a companion work, Jubilate, o amoeni chori (RV 639), and so it begins rather curiously with an overlapping aria and chorus.
Grace Davidson - Soprano
Gail Hennessy - Oboe
Russell Gilmour - Natural Trumpet
Kerstin Linder-Dewan - Violin
Kelly McCusker - Violin
Nichola Blakey - Viola
Carina Drury - Cello
Andrew Durban - Bass
Simon Lawford - Harpsichord
Fiori Musicali Choir & Chamber Ensemble
Penelope Rapson - Conductor
XI: Qui sedes was a beautiful aria, featuring undulating viola and cello accompaniments and the penultimate movement XII: Quoniam tu solus sanctus featured superb singing from Grace Davidson and beautiful oboe interjections from Gail Hennessy. The final chorus Cum Sancto Spiritu is remarkably similar to (though not exactly the same as) the more familiar Vivaldi Gloria, and it was an excellent finale to an enjoyable performance at St Mary and All Saints in Fotheringhay.