Wednesday, 1 May 2019, 18:00
The last time I drove to Devon I was on my way to get married at Dartington Hall (1st July 2018). This time I was driving towards Plymouth for an OAEducation project; I reviewed the estimated time of arrival and I realised that I had plenty of time in hand. Instead of taking a break at a ubiquitous service station I decided to detour slightly from the A38 and call in at Dartington Hall. I had my Brompton bicycle in the car and I calculated that I would have more than enough time to park the car, cycle down the hill and swim in my favourite river - the Dart - at Dartington. The last time I swam in the river Dart was on the (rainy) morning of my wedding, with best man Gareth Hoddinott for company. Gareth and I had watched open-mouthed as the cobalt blue of a kingfisher flashed passed us in close proximity. The swim was significantly colder this time but it was a chilling thrill and a great way to relax after what had been quite a long drive. A South Devon Railway steam locomotive and carriages in attractive Great Western Railway livery passed along the track on the river embankment as I swam. As I watched this awesome sight I realised I was enjoying a view that had hardly changed since the introduction of the railway in 1872. I continued on towards Plymouth with enough time to refuel the car and check into the hotel, and I was really glad I had had the time to call in at Dartington! 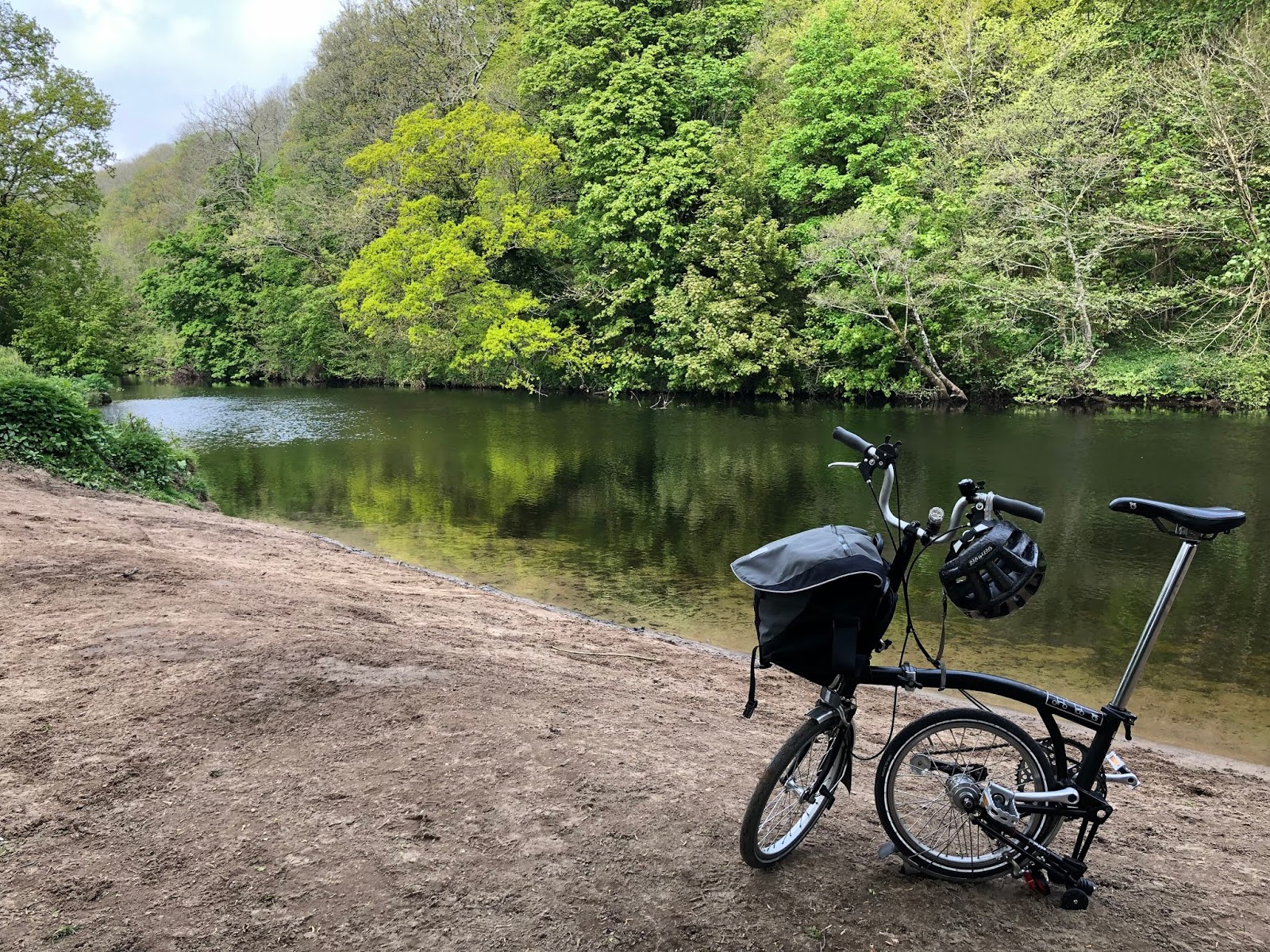 I was in Plymouth to perform with the Orchestra of the Age of Enlightenment (OAEducation) who would give two consecutive performances with students from Plymouth Music Zone (PMZ) at the Devonport Guildhall on Wednesday 1st of May 2019. The project built on the success of earlier projects in London in November 2018 and in Durham in January 2019. This project is specifically tailored towards young musicians with Special Educational Needs (SEN). 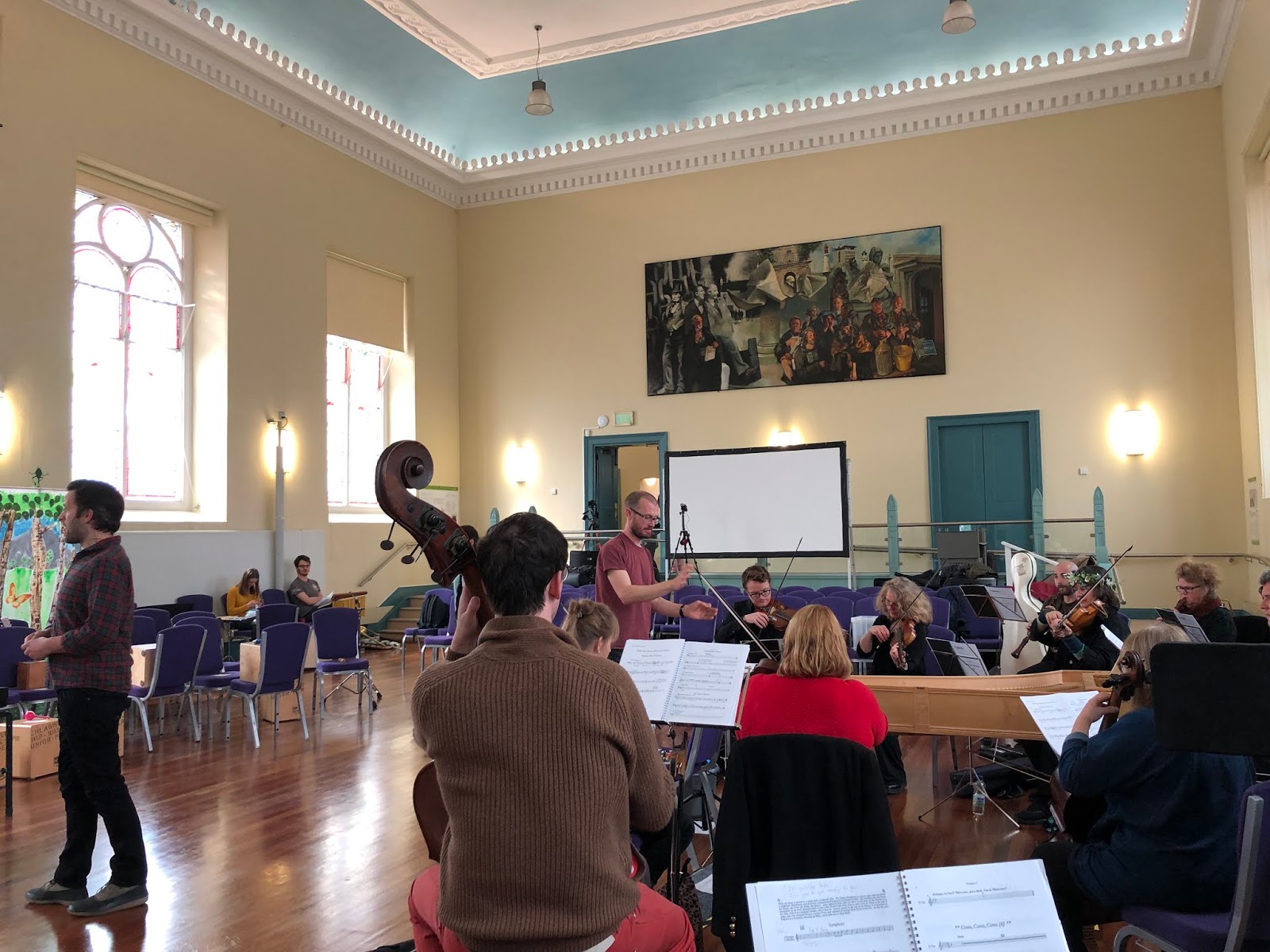 This interactive and educational project (centred around the story of Shakespeare's A Midsummer Night's Dream, with music from Purcell's Fairy Queen) featured Kirsty Hopkins (Soprano) and Timothy Dickinson (Bass) - who both gave fantastic performances as the protagonists and love interests of the story. The animateur James Redwood enlivened the workshops, rehearsals and concerts with his fantastic storytelling, his charisma and his compositions (played by students and the Orchestra of the Age of Enlightenment) which ingeniously linked Purcell’s music with cleverly-devised songs, the students' own compositions and his own pieces.

I enjoy playing this programme as the show is never the same from place to place. Fresh ideas can be included and there are always additions or revisions according to the local students’ compositions (as members of OAEducation had been working with PMZ staff and students to maximise learning and to personalise the experience). James Redwood is kept on his toes finding ingenious ways to integrate and then seamlessly segue between the newest pieces. It is this attention to detail that keeps the students totally immersed in the experience - there is absolutely no chance to zone out due to any inactivity and in fact students tend to zone in, and on some occasions they zone in more than ever before!

On this occasion, we were joined by the trombone player (an old friend from former Dartington International Summer Schools together) Raph Clarkson. Raph had been working with the PMZ students in workshops and they had devised a lullaby which he had arranged for the OAE to play with all the student composer-performers. Raph did a great job with this arrangement and he directed the players who were spread out around the hall. The piece was very effective - it had a themes evoking thoughts of raindrops and sleepiness and it sounded great! 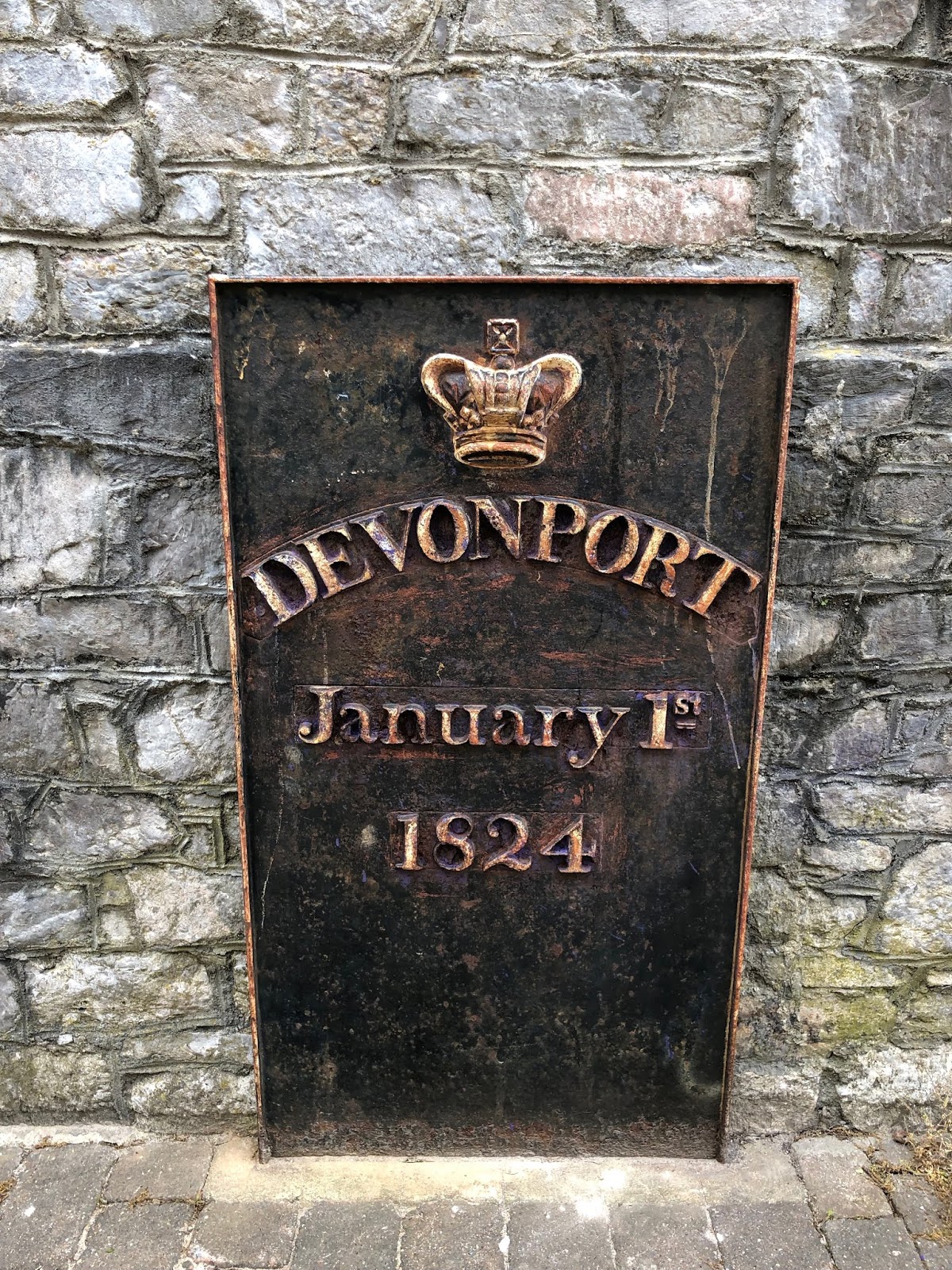 The forest scene for the show was well established as garlands of greenery adorned heads of people dotted around the room - orchestra, students and audience included. There was even a large screen that had been decorated with a painted woodland scene which helped to capture the ambience of the forest.

There was an opportunity for the students to dance to the OAE’s rendition of ‘A Dance of Fairies’ as part of the story. This was repeated as an encore when the students showed a great sense of accomplishment and danced with real euphoria.

PMZ was celebrating its 20th anniversary and this occasion also marked the 10th anniversary of the OAE and PMZ working together! Bravo to all at PMZ and the OAE!
Natural Trumpet, OAEducation, Purcell, Travel
Russell Gilmour